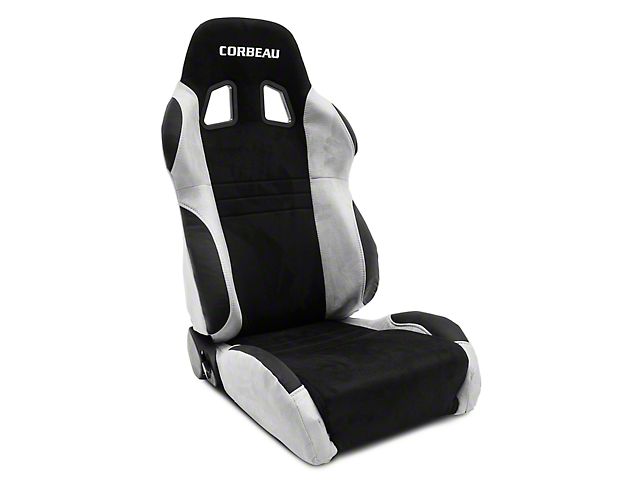 Race-Inspired Seating. Corbeau's Gray and Black Microsuede A4 Racing Seat - Gray/Black Microsuede Pair is the perfect addition to your 1979-2020 Mustang. Not only is its style race-inspired, but it is tested on the most rigorous courses to determine its unbeatable durability under tough conditions.

Unbeatable Performance. This pair of seats will give you the perfect performance on the track and on the street, ensuring you can concentrate on enjoying the ride rather than worrying if your seats are up to the challenge. With race-inspired bolsters for shoulder, hip, and thigh support and harness pass throughs for advanced safety harnesses, you'll get both a comfortable ride and advanced safety from these seats.

High-Quality Material. Designed from high-density, injection-molded foam, Corbeau's Gray and Black Microsuede A4 Racing Seat Pair can stand up to the most difficult conditions you might want to tackle. Then, they are finished with gray and black microsuede, giving your seat durability, style, and comfort all at the same time.

Warranty. Backed by a 1-year limited warranty, these seats are sure to meet your standards of quality and craftsmanship to give you great performance for years to come.

Installation. In order to install Corbeau's Gray and Black Microsuede A4 Racing Seat, you'll need some mechanical experience. However, the seat can be secured in just around 3 hours.

Application. The Gray and Black Microsuede A4 Racing Seat Pair by Corbeau perfectly fits all 1979-2020 Mustangs.

5.0 out of 5 overall rating from 1 customers 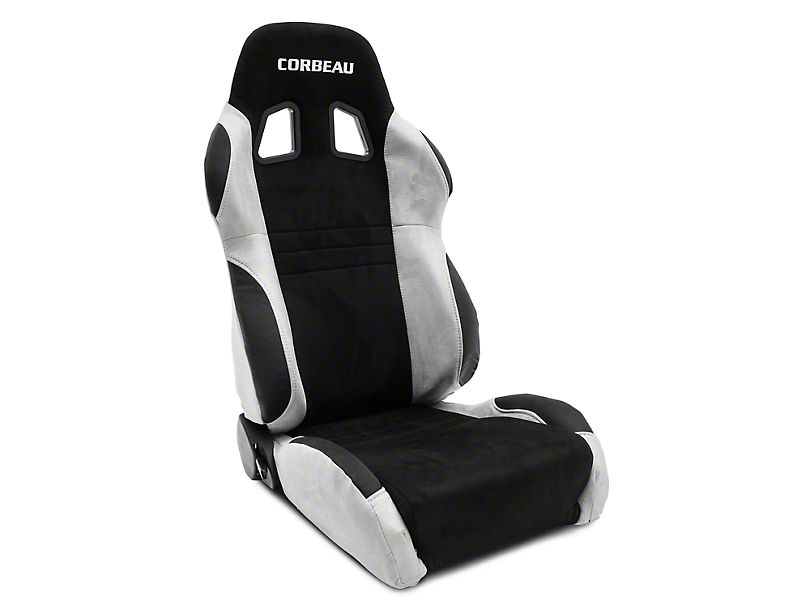