Find Transmissions for your Mustang 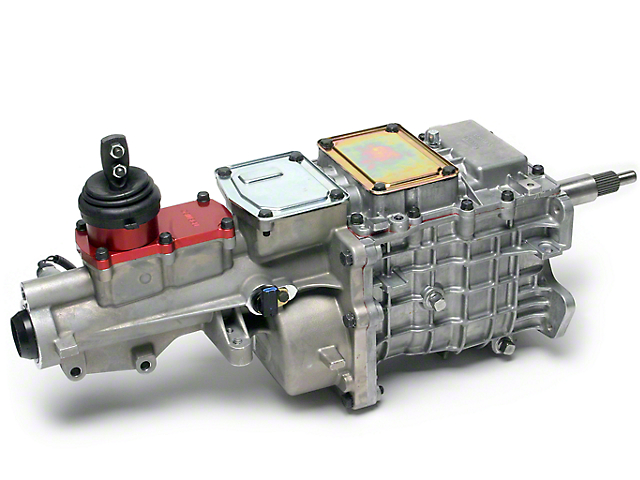 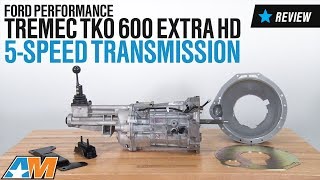 Heavy Duty TKO. Is your high performance 5.0L Mustang making more power than your stock manual transmission can handle? Then you need to upgrade to the Ford Racing Tremec TKO 600 Extra Heavy Duty 5-Speed Manual Transmission. This Tremec TKO replaces the older TR-3550 and has a torque capacity of 600 lbs./ft. making it perfect for high-performance applications.

Built Ford Tough. The Ford Racing Tremec TKO 600 Transmission has a close ratio 1st through 4th gear and is equipped with a 26 spline input shaft and a 31 spline output shaft. It features improved cast iron shift forks, a one-piece counter-shaft, and gears made of 4615 steel which increases torque capacity.

1994-1995 Installation Notes.Installation of the Ford Racing Tremec TKO 600 Transmission in a 1994 to 1995 Mustang will require modifying the vehicle crossmember, lengthening the driveshaft by 0.625'' and the use of Ford Racing clutch fork part# E6ZZ-7515-A.

Reviews of Ford Performance Drivetrain products have an average rating of 4.8 out of 5