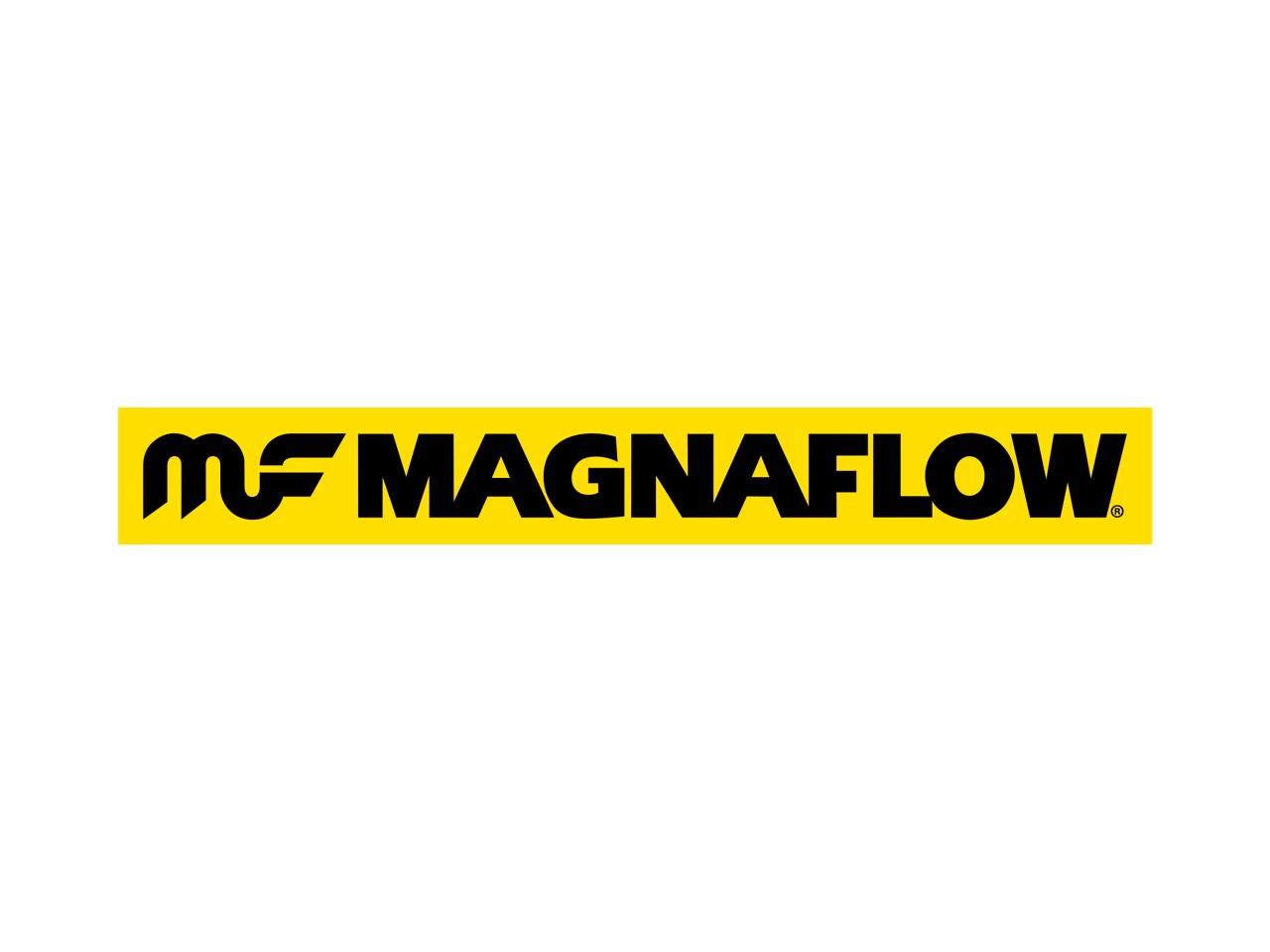 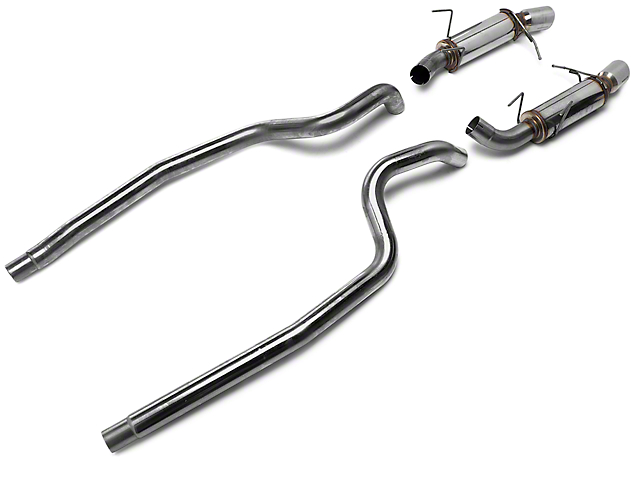 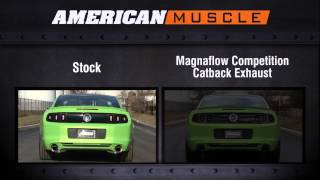 Hey I'm Justin with AmericanMuscle.com, and this is my quick look into the Magnaflow Competition Catback exhaust, fitting all 2013 Mustang GTs. The Competition is a very popular Catback here on the site with just about every generation Mustang, this is due in part to the quality construction, aggressive tone, and solid performance gains that this particular exhaust offers. This entire system has been constructed using 100% stainless steel, and does feature mandrel bent stainless steel piping, which is pretty much the standard for all 2013 aftermarket Catbacks. That aggressive tone I mentioned earlier does come from these Competition series mufflers, which feature that straight through design, really freeing up the flow of exhaust. Finally, everything exits out these brightly polished 4" tips. Since this is a Catback, you can expect a little more work under the car, but overall the install should be pretty painless, and only take you 2 hours from start to finish. Now let's hear how the Magnaflow Competition Catback sounds compared to our factory exhaust.

Aggressive Musclecar Sound. Give your the 2013-2014 Mustang GT a deep, aggressive rumble that will make lesser cars clear a path at lights with a Magnaflow Competition Cat-Back. This premium quality exhaust features free-flowing, straight-through mufflers that increase power and give your GT an unmistakable muscle car sound.

Magnaflow Quality. Each piece is made from 3" mandrel bent stainless steel tubing for long life and a perfect fit. The straight-through mufflers end with brightly polished 4" stainless steel tips that exit in the stock locations for impressive styling.

Application. Made to be a direct bolt on, this Magnaflow catback will bolt straight up to the factory Mid-Pipe without any extra modifications required on your the 2013-2014 Mustang GT to give it the deepest, most aggressive sound possible.

I like the magnaflow competition and the mbrp race exhaust they both have very deep tones. But What is the deepest sounding exhaust system on the AM website for the 11-14 5.0 ?

Will I have any problems combining this with stainless header and xpipe?

Is there anyway to just purchase the catback portion? I already have the axlebacks but not the catback pipe portion.

Will this required a tune? 1 answer
Helpful (0) Thanks for your input! 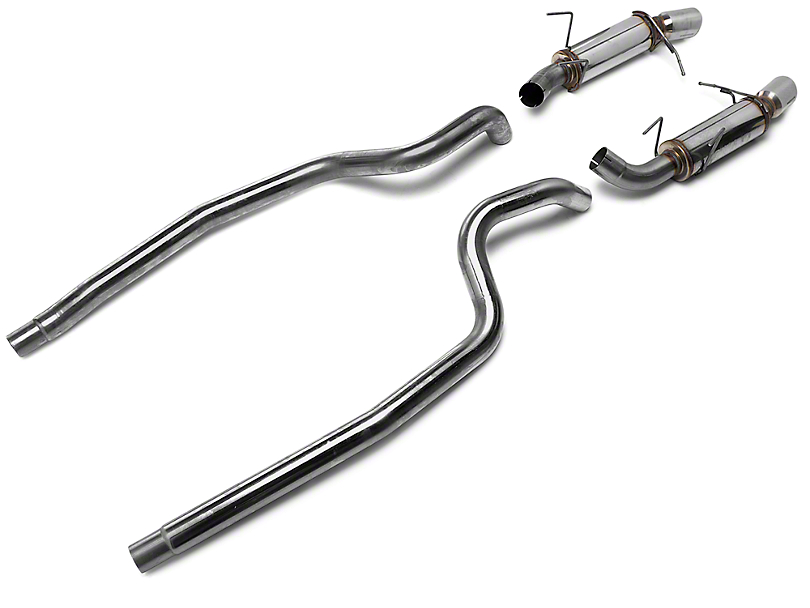