Find Infotainment and Electronics for your Mustang

Item U4824
Close X
Enter Your Email to Save Products.
Saved to My List 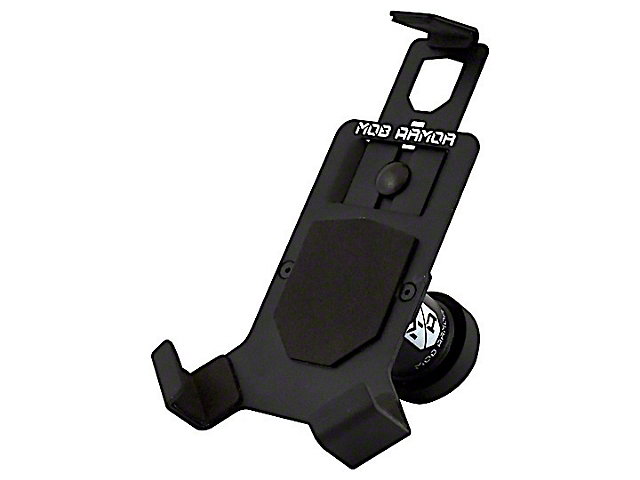 Adjustable Phone Cradle. This Small Adjustable Mob Mount Switch Phone Cradle can be used with smart phones ranging in size from 3.75 to 6.10-inches in length, 1.92 to 2.90-inches in width and up to 0.585-inches deep. The twist lock design quickly and easily secures your smart phone in the Cradle without worries of it shaking loose.

Magnetic Mount. Being magnetic, the included Phone Mount Base can be attached to any ferrous metal surface. But seeing your vehicles interior is mostly plastic a VHB adhesive backed steel mounting disc is included so you can attach it to any flat surface. Two fasteners and a 1/16th hex wrench are also included so you can secure your Switch Cradle to the Mount Base. The ball housing tilts up to 25º and rotates 360º allowing you to ajust your device for perfect field of vision.

Durable Construction. The Mob Mount Switch Phone Mount Cradle is CNC machined from a 5052-H32 aluminum alloy for superior strength and durability. The Cradle is then completed in a textured black finish for long lasting corrosion resistance and rugged good looks. High density closed cell EVA foam is used to secure and cushion your phone from shocks.

Application. This Mob Mount Switch Magnetic Phone Mount; Small features a universal design so it can be installed in almost any vehicle.