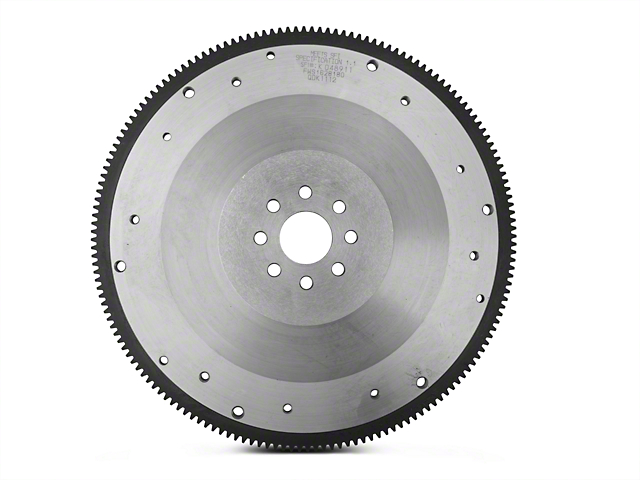 Peace of Mind. When upgrading or replacing your V8 powered Mustang's clutch you have two options, resurfacing your old stock flywheel, or getting a brand new flywheel. A new SR Performance flywheel is a much better choice than resurfacing, as it will dictate how well your new clutch will perform, as well as how long it will last.

Billet Steel Construction. SR Performance Mustang flywheels are CAD engineered for excellence and precision CNC machined to strict tolerances from 1045 Billet Steel. Every flywheel is rigorously inspected throughout the entire manufacturing process to ensure that you receive the quality you have come to expect from SR Performance.

Reviews of SR Performance Drivetrain products have an average rating of 4.4 out of 5