Most Popular in Mustang Oxygen Sensors

An oxygen sensor has more impact on engine performance than most people think. If your Mustang's sensor is failing, your engine might run too rich or too lean. Although they're not replaced as often as say spark plugs, keeping your O2 sensor fresh is just as important.

Since the 1980’s, every vehicle has been equipped with at least 1 oxygen sensor to monitor exhaust gases. Mustangs are no different and use a minimum of 2. But what exactly are these sensors, and why are they so important? To answer these questions, we’ll start with some engine basics. 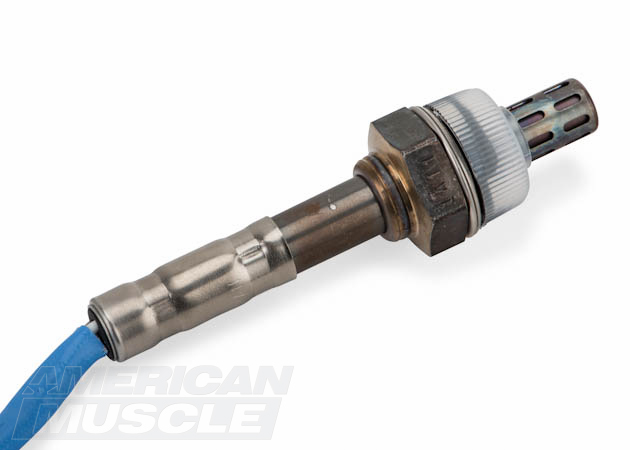 An engine is essentially one large air pump. The objective is to cram as much air in as possible, and spray the appropriate amount of fuel to mix with the air and combust the mixture. The more air and fuel you can mix per combustion cycle, the more power the engine will make. However, you can’t just mix any amount of fuel with the incoming air charge; there is a science to it. In fact, it has been determined that the optimum ratio to mix air and fuel is 14.7 parts air to 1 part fuel. Therefore if you had 14.7 litres of air, you would mix 1 litre of fuel with it to achieve optimum burn. 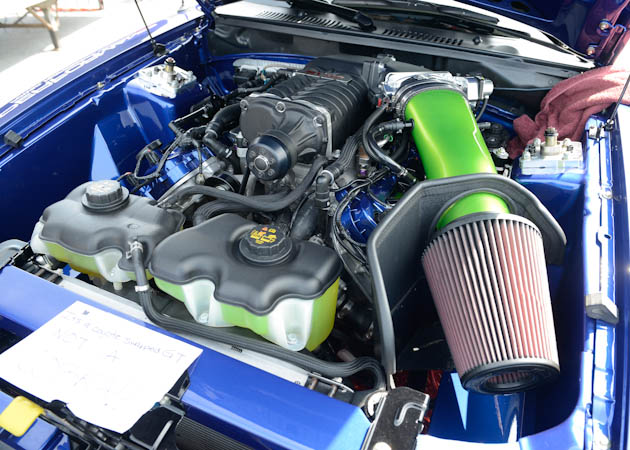 Where do the Oxygen Sensors Come In?

The purpose of oxygen sensors is to sniff the amount of oxygen in the exhaust gas as it flows out of the headers and report back to your Mustang’s engine control unit (ECU) as to what the fuel mixture is. Based on what is found in the exhaust gases (as measured by the oxygen sensors), the ECU is then able to adjust the necessary fuel injection as to maintain an air to fuel ratio as close as possible to 14.7:1. Without the oxygen sensors, the ECU would effectively be guessing as to how much fuel it should be injecting, and consequently will decrease performance and increase emissions.

Too Rich and Too Lean

If the oxygen sensors measure that there is too much fuel being added, called a rich condition, it will tell the ECU (via a certain electrical voltage) to cut back on fuel. A rich condition is no good because it will leave some gas unburned, increasing pollutants out of the tailpipes and of course, waste fuel. If your engine is running excessively rich, the excess fuel can cause some pretty serious damage to the engine internals. Since fuel is a solvent, too much of it can wash the protective oil film off of your cylinder walls. With the oil gone, piston ring and cylinder wall wear are greatly accelerated. Worn rings and cylinder walls will cause a decrease in engine performance and necessitate a rebuild. Fuel that makes its way past the rings will also dilute your oil, decreasing its efficacy as a lubricant. Decreased oil performance will lead to premature wear on any moving part within your engine

On the other hand, having too much oxygen is no good either, called a lean condition. A lean condition can actually be very dangerous to the health of your engine. Not only does it produce excessive pollutants too, but it runs the serious risk of premature detonation, which can eventually crack or shatter pistons if it becomes severe enough. Lean conditions on a forced induction car can be especially dangerous, melting pistons or completely destroying them through detonation. 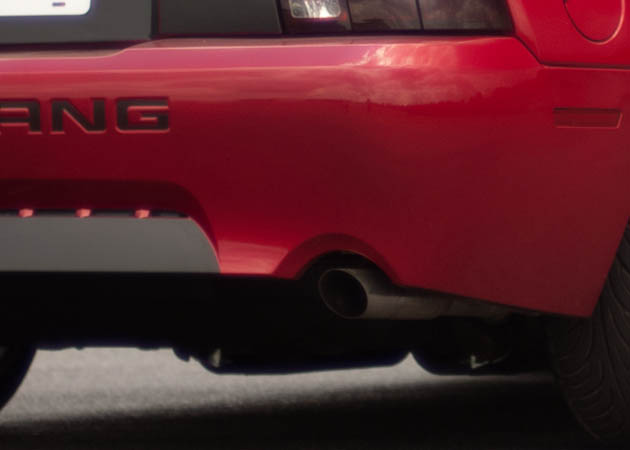 There are two types of oxygen sensors found on all Mustangs made after 2011, wideband and narrowband sensors. The wideband sensors are used to monitor upstream exhaust gasses before the catalytic converters and the narrowband sensors measure downstream exhaust gasses inside or after the catalytic converters. On a gasoline engine, the perfect air/fuel ratio is 14.7, which is the stoichiometric value. If the engine has more fuel, it will be running rich. Alternatively, if there is not enough fuel, it will run lean.

Wideband sensors are more complex and more accurate than narrowband sensors. They are able to determine the exact air/fuel ratio and feed that information to the PCM. The PCM is then able to correct the rich or lean condition by removing or adding fuel respectively. Narrowband sensors are unable to determine the exact air/fuel ratio and only tell the PCM if the mixture is rich, lean, or stoic. The narrowband sensors are used to determine catalytic converter efficiency and relay that information back to the PCM. If they detect an error with the catalytic converters, the PCM will trigger a check engine light or will increase fueling to cool down overheated cats, preventing damage. The PCM also uses the downstream O2 sensors to check and recalibrate the upstream O2 sensor, combatting sensor drift.

O2 Sensors and Modding Your Mustang

Wideband sensors are incredibly useful tools for tuning. Before Ford began including wideband sensors on all Mustangs, people would often install aftermarket widebands for remote tuning or for monitoring air/fuel ratio on boosted cars. Monitoring wideband information on modified cars can act as an early warning signal if something is wrong with your Mustang. Widebands also provide accurate and important information to tuners, leading toaster and efficient tunes on modified Mustangs.

Oxygen sensor placement is very important for engine performance. Having an oxygen sensor that is too close to the cylinder head or too far from it can cause incorrect readings. When installing mods like long tube headers or removing cats, the PCM must be updated to compensate for these changes. Because most long tube headers move the O2 sensor further from the cylinder head, the tune needs to be updated to ensure the PCM is able to make fueling corrections properly. Removing catalytic converters also requires tuning updates to prevent check engine lights or the catalyst over temperature (COT) strategy from being utilized by the PCM.

When using E85, oxygen sensor location must be modified on most aftermarket long tubes. Many long tube header manufacturers place the oxygen sensor bung so that the sensor is parallel to the ground. The high moisture content in E85 will cause condensation to build-up on the sensor tip. Once power is applied to the sensor, this moisture will cause a short, damaging the sensor. In order to prevent repeated sensor failure, new bungs must be installed at a 45º angle to the ground, allowing the water to drip off the sensor.

What Happens When O2 Sensors Fail

It is very important that your Mustang’s oxygen sensors are functioning correctly in order to meet emissions requirements, and for the engine to operate smoothly. If they aren’t, it will be pretty obvious. Faulty oxygen sensors often will trigger the check engine light on your dash, and you may notice an increase in gas consumption, as your Mustang’s ECU is programmed to run slightly rich as a fallback if there is a problem with the oxygen sensors. Oxygen sensors do wear out over time – replacing them is no big deal. They are typically located right in front of the catalytic converters, and newer ‘Stangs may have a secondary set aft of the cats. 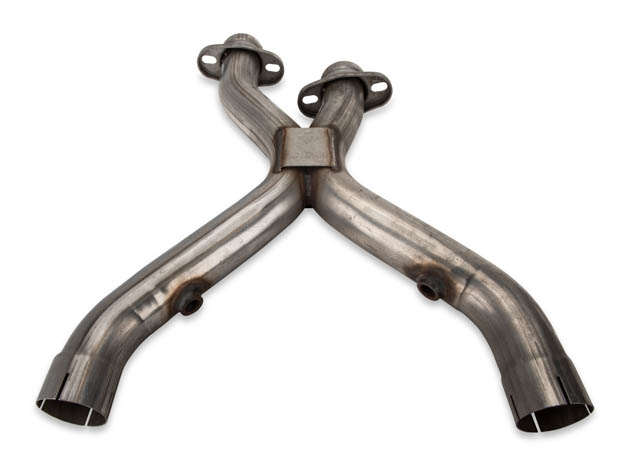