Your Challenger's clutch is one part of an overarching system. Other parts like the bearings, clutch slave and master cylinders, and the rubber lines all aid in the clutch's operation. Should one of these pieces fail, it doesn't matter how good your clutch is; it won't work.

The clutch system in your third-generation Challenger (2008 – present) is what connects the engine to the transmission. It transfers power from the flywheel to the input shaft of the transmission and is controlled by a foot pedal. But that’s the high-level version. Here we’ll discuss what happens between your foot and the clutch itself. 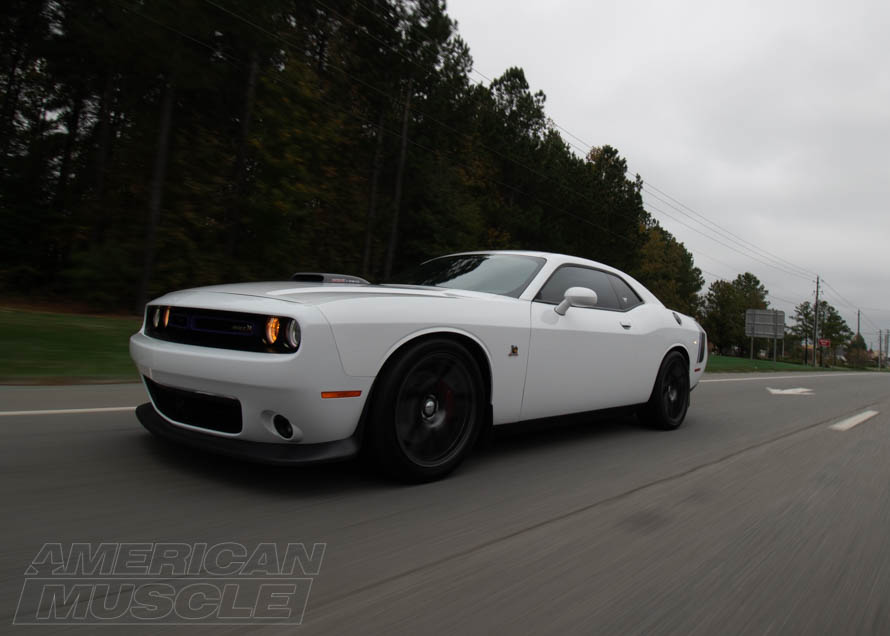 The Role of the Slave Cylinder in a Clutch System

When to Replace Your Challenger’s Slave Cylinder

Then, look on the ground for fluid. If there’s no fluid on the ground, next check the underside of the car, especially in the area of the transmission bell housing. This is where fluid will collect if there is a clutch hydraulic leak.

Testing the clutch disengagement is a bit simpler. With the car off, depress the clutch and place the transmission in gear. Then start the vehicle’s engine with the clutch pedal held to the floor. If the car moves, the slave cylinder is most likely bad.

Also, you should replace your slave cylinder with an aftermarket unit if you are doing “hard” driving on the street. If you’re running the car at high speed or high RPM, doing burnouts, etc., on the street, you probably would benefit from a stronger aftermarket unit. If you do track days or race, a beefier unit would definitely help your performance.

The Role of the Throwout Bearing

Aftermarket throwout bearings are constructed of superior materials that are designed to last longer and be more durable than stock units. They also are adjustable, which makes use with dual disk clutch assemblies easier, and allows for adjustment of the pedal height to your personal preference.

Another type of failure can be breakage. If the clutch pedal goes right to the floor when attempting to depress it, the plastic surrounding the bearing has most likely broken, and the bearing has dislodged from its proper place. Unfortunately, if you believe this is the case, the transmission must be removed from the vehicle for a visual inspection.

The Role of Your Challenger’s Clutch Lines

Factory clutch lines are typically just rubber hoses. During long periods of driving, heat from the engine compartment can cause rubber lines to swell. That can result in a spongy or vague feel in the clutch pedal. Stainless lines are typically constructed with a Teflon inner core and stainless-steel webbing on the outside. This makes the lines much more resistant to swell under high heat situations.
Rubber lines can also swell under high pressure.

When the clutch is applied repeatedly under high-performance driving, the rubber lines can swell. The construction of stainless lines prevents pressure swell. Also, the ability of the stainless steel lines to resist swelling under pressure and heat provides a better clutch pedal feel under all circumstances.

Signs of clutch line failure are deterioration/cracking of the rubber and fluid leakage. Visually inspect the lines for any signs of rubber deterioration. Be sure to check any bends in the lines for cracking. Check the inside and outside surfaces of all bends. This is the area most prone to cracking. Check the entire hose for any signs of leakage or damage.

Pay special attention to the ends of the lines for leakage. These points are sealed with either a metal or rubber o-ring. If the sealing points are leaking, there’s a good chance the hose itself is not far behind. Change the hose and seals at the same time.

The bearing supports the end of the input shaft. It also allows the engine and flywheel to continue rotating at speed when the clutch is actuated and the input shaft begins to slow down.

The pilot bearing should be replaced every time you change the clutch. It should also be replaced if it is making noise. Start as mentioned before, by placing the vehicle in neutral and starting the engine.

Then depress the clutch and place the vehicle in gear. If you have a noise, you’ve now narrowed it down to either the throwout bearing or the pilot bearing.

Next, place the transmission in neutral, and release the clutch pedal. If the noise is still there after the pedal is released, but goes away when the pedal is depressed, the pilot bearing is the issue.

To change the pilot bearing, you must first jack up and properly support the vehicle. Remove the negative battery terminal.

Start the pilot bushing evenly into the cavity. Use a socket the same outer diameter of the bearing, and a hammer, to gently tap the bearing into place.

Be sure to make sure it goes in straight. Then, reverse the remainder of the procedure to install the remaining components. Be sure to bleed the Challenger’s clutch hydraulic system according to recommendations before attempting to drive the vehicle.