Most Popular in Mustang Driveshafts

Choosing a Driveshaft for Your Mustang – Carbon Fiber or Aluminum? 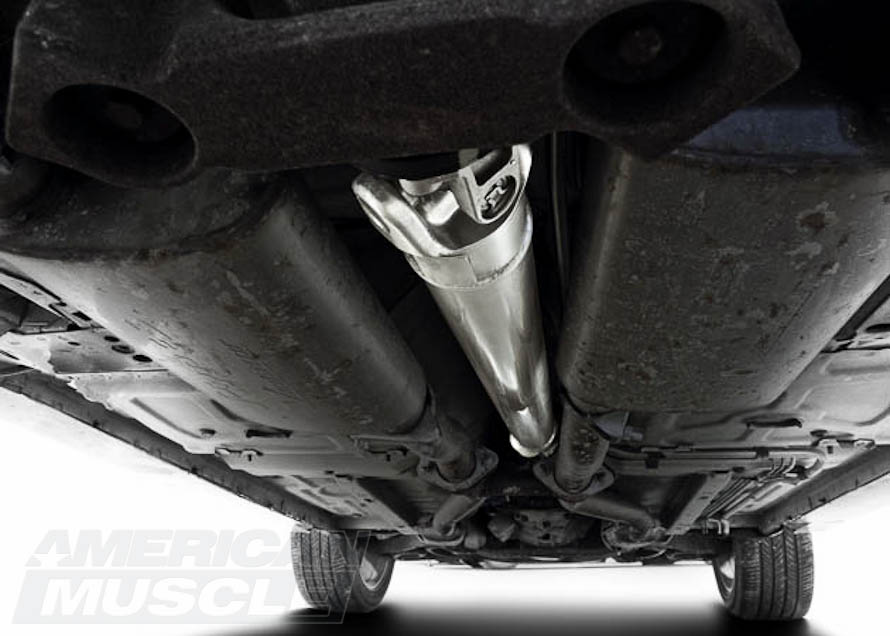 An aftermarket driveshaft does more than take a few pounds off your 'Stang. Less weight means your engine can rev faster, and this will result in putting more horsepower down to the rear wheels and reducing parasitic loss. The question is which driveshaft should you go with?

Replacing your stock driveshaft for a lighter variety is one way to reduce strain on your engine. That and you can rev higher without fear of your driveshaft being a weak link.

What Does a Driveshaft Do?

Why Should I Replace My Stock Driveshaft?

Stock driveshafts are made from heavy steel and are designed for maximum noise, vibration, and harshness dampening. Your stock driveshaft is also designed to last the life of your daily driven car and is not designed with performance in mind. The heavier any rotating part on your car, the more engine power is used to move these items. As you lower the weight, you free up more horsepower to the wheels. This will also allow the engine to rev up much quicker to help get you into your power band sooner. This is not to be confused with gaining horsepower from simply adding a lighter driveshaft. You will make the same amount of power, but you are lowering the amount of power being lost from spinning the drivetrain; thus, allowing more power to reach the rear wheels.

On late model (2005+) models, the stock driveshaft is 2 pieces that connect to each other. With the modification change to an aftermarket driveshaft, a one-piece can be utilized. This removes the clunky feeling while also saving additional weight and becoming more efficient. The driveshaft then moves the power the differential, which is located in the rear axle. 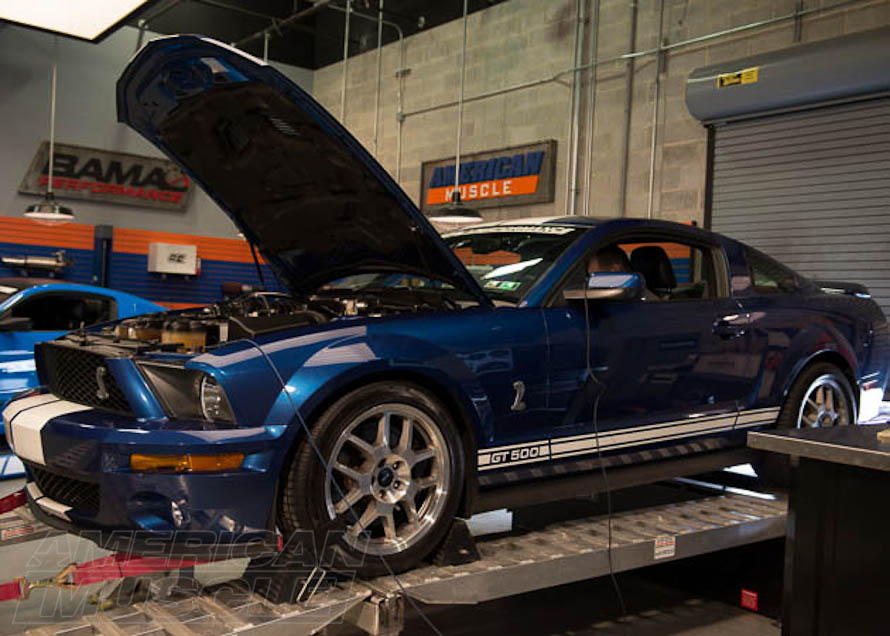 A light weight driveshaft is an excellent mod for people looking to spend time at high speeds as well. The lighter weight allows the driveshaft to have a higher critical revolution speed, meaning it can spin faster than a stock driveshaft. Another benefit to upgrading your driveshaft is you remove the middle joint in the standard two-piece driveshafts that has the potential to fail under added stress. Each new driveshaft comes with stronger connections, either upgraded U-joints or CV joints, reinforcing the ends of each driveshaft to hold much more power.

How do I Balance a Driveshaft for Higher RPMs?

While there is an old school method of balancing a driveshaft, today's sophistication of computers and electronics has made it much easier to balance a driveshaft. The easiest method is to get it hooked up to a computer with sensors. These computer programs can read/report weight distribution, vector distribution, and allow changes to be monitored. For high rpm and power applications, it is highly suggested to get a custom balancing. 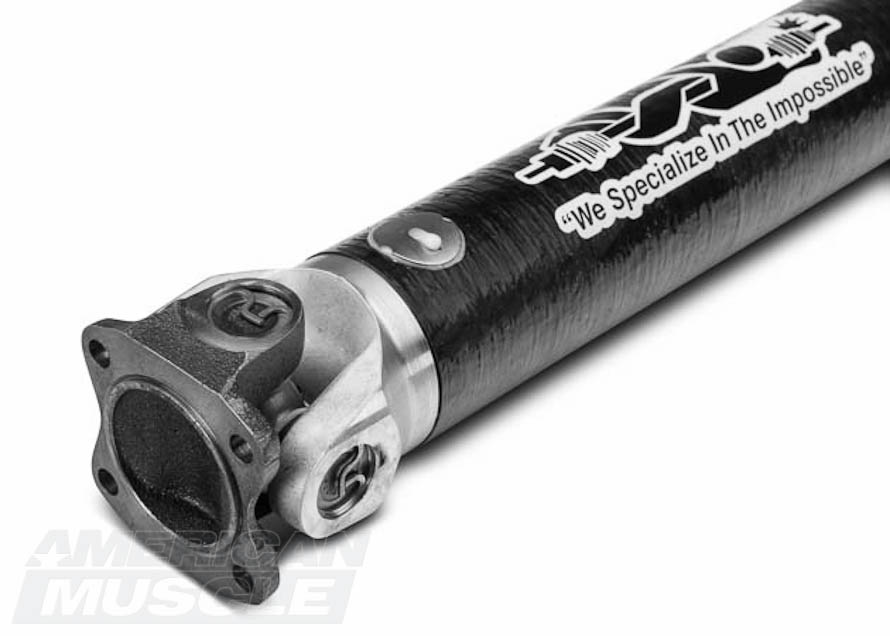 What's the Difference Between Carbon Fiber and Aluminum?

When it comes to building strong and light parts inexpensively, aluminum is a great choice. It’s an economic and stiff material that many performance parts are made of. With recent developments, however, more and more parts are being made out of an even lighter material: carbon fiber. While carbon fiber is lighter than aluminum, it’s also much more expensive. 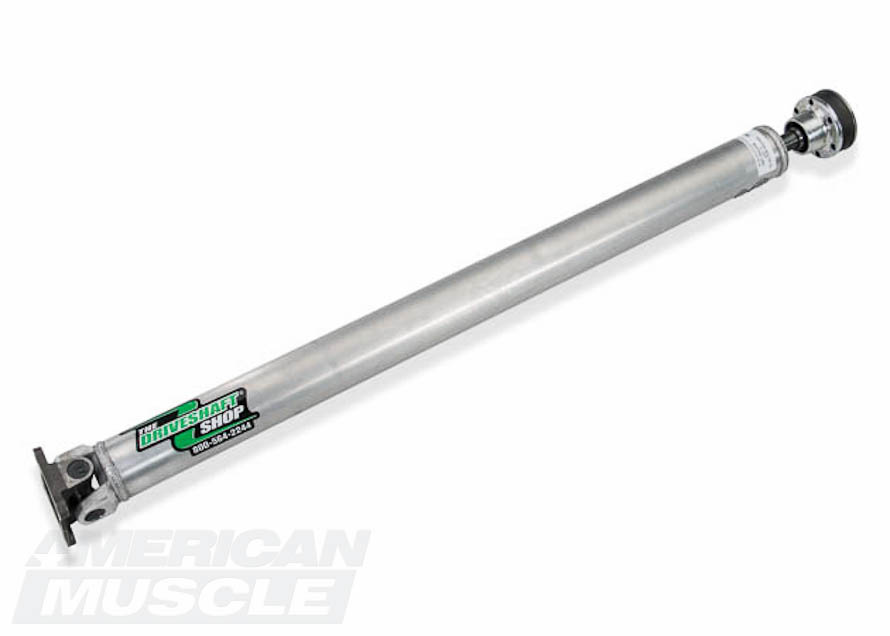 Aluminum is a very sturdy material for building lightweight and strong parts. It is readily available and easy to work with, making it a prime choice for aftermarket companies. When comparing an aluminum driveshaft to a stock steel drive shaft, you can save considerable weight. For most 1979-2004 Mustangs, you can drop about 10 pounds of rotating mass by making the switch to aluminum. For the 2005-2014 Mustangs, you can drop almost 20 pounds of rotational mass. Power freed up by losing so much rotational weight often equals about 0.2 of a second in quarter mile times, as well as a smoother revving Mustang. The only downside to aluminum driveshafts is they can transmit slightly more rotational noise and can have a little more vibration because they do not have as much dampening built into them with heavy counter weights.

Take note that 2003 and 2004 Cobra’s come factory with aluminum driveshafts; so if you own one, you don’t have to worry about upgrading unless you decide to go with a carbon fiber design. Also, if somehow your driveshaft is damaged, then you should replace it as soon as possible. A damaged driveshaft can be harmful to the car and/or driver and can cause a lot of unnecessary vibration, which could end up loosening or damaging other parts. 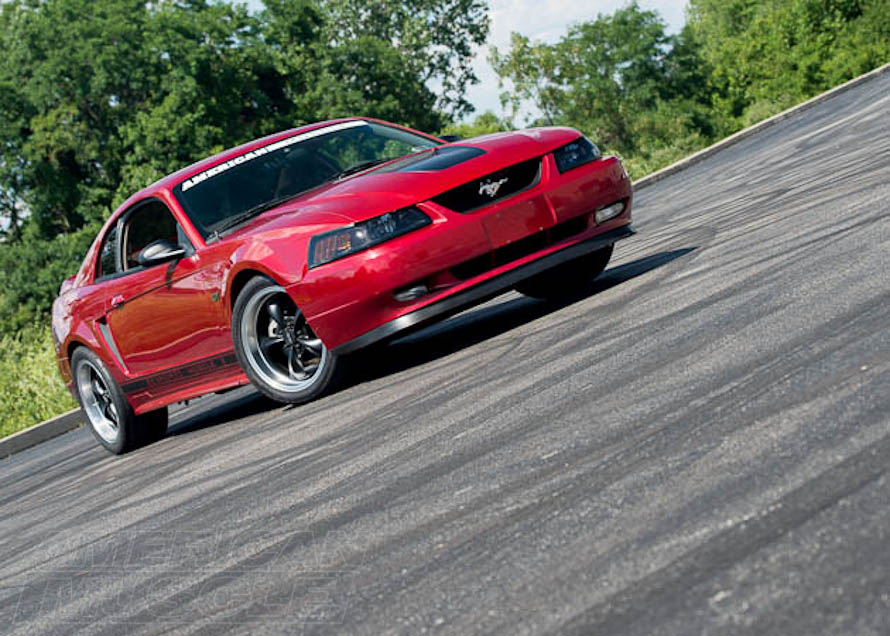 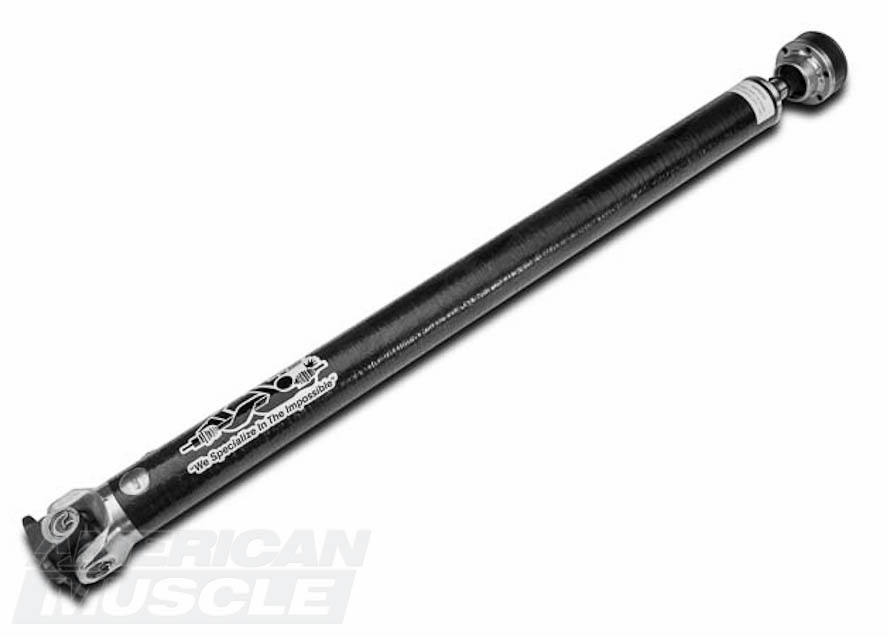 Which Driveshaft is Right For Me? 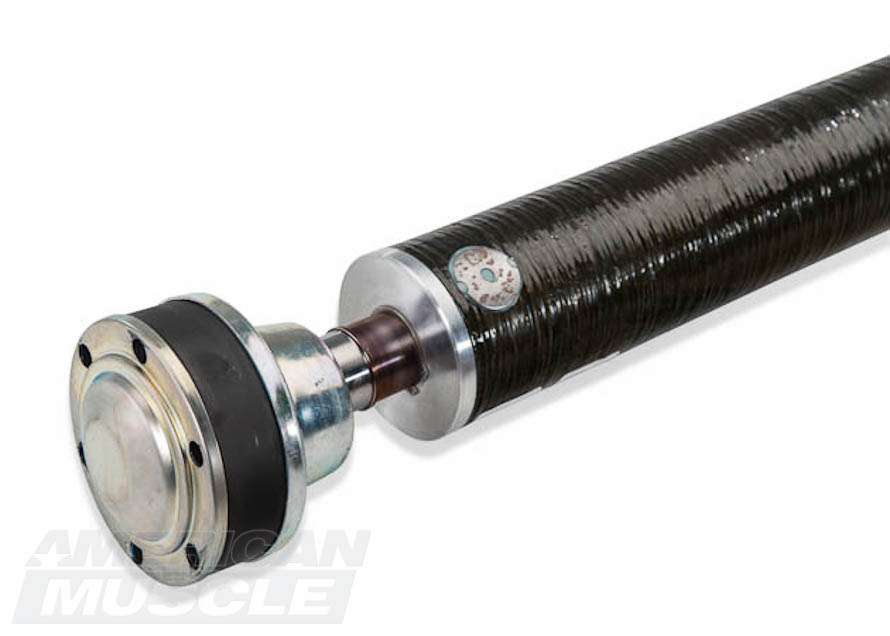 However, if you have swapped transmissions, the driveshaft you need to use may be different. For example, if you swap a T-56 transmission in a 99-04 GT, then you will need to run a different driveshaft and possibly a spacer to make up for the different in length just to be safe. Keep in mind there are a number of other items needed to perform this swap correctly such as universal joints, yokes, and or a pinion flange.

What Else Do I Need?

A driveshaft safety loop is a key safety component required at most drag strips if your Mustang is tearing down the 1320. They are simple brackets that keep your driveshaft from shooting through your floor in case of failure. The NHRA requires the use of a driveshaft safety loop on vehicles running 12.99 or faster in the quarter mile. When aiming for higher racing speeds and better track times, it’s best to make sure you have the proper tune on your Mustang. Going with the Bama SF3/X3, our BAMA team can remove your speed limiter and make sure your ‘Stang delivers power down the track. 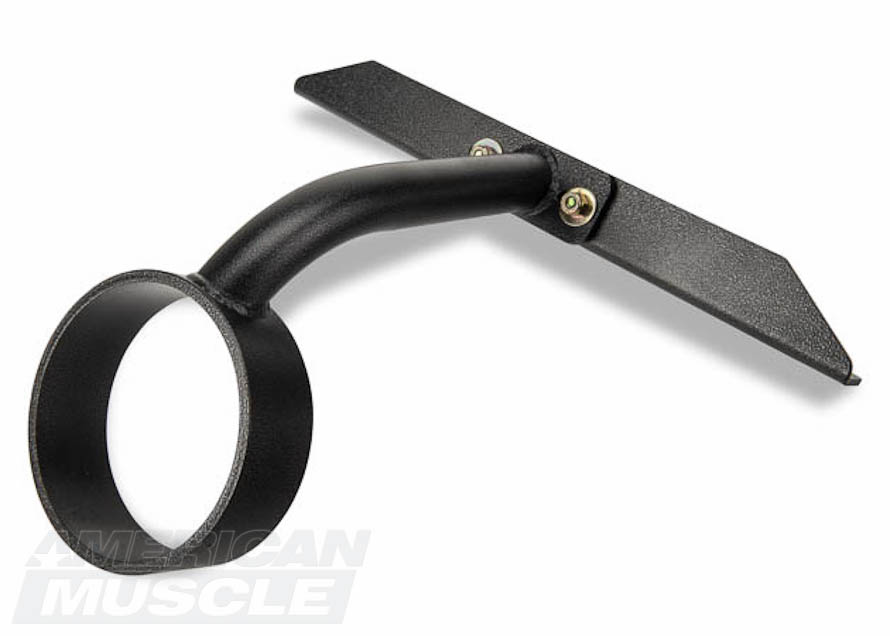