Most Popular in Weight Reduction Mods

How to Drop Weight From Your Ford Mustang

The quickest and easiest way to drop weight from your Ford Mustang is a rear seat delete kit. If you've got little need for the extra two seats, you won't find a more effective way to shed unneeded pounds.

One less costly, and at times a free alternative, is weight reduction. Reducing the overall weight can also increase the gas mileage by 1-2% per 100 pounds and increase 1/4 miles times by 1/10th of a second. 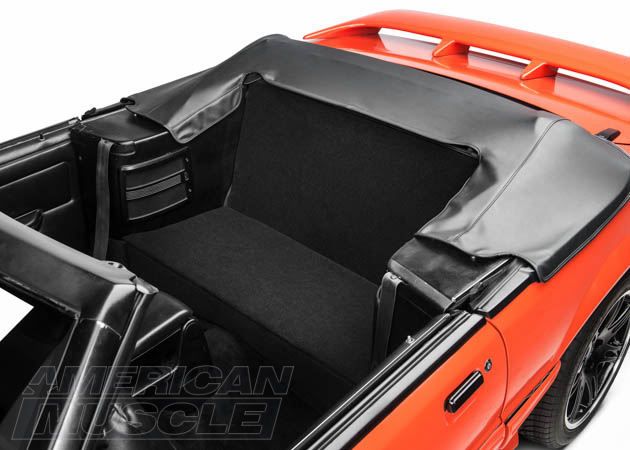 Reasons to Put Your Pony on a Diet

One great area to shed some pounds off your Mustang is in the front, or nose of the car. Reducing weight from the Mustang’s front end will usually yield the most noticeable results as it allows better weight transfer at launch. You want weight over the rear tires for grip, and you want the front as light as possible. One popular bolt-on for reducing front end weight on a Mustang is adding a tubular K-member. A Chrome-moly tubular K-member for the 96-04 Ford Mustang can shed 30-40 pounds on average! It will also provide more clearance for those tight fitting aftermarket headers. Buying a complete front end kit, which includes tubular A-arms and a coil over kit, can drop roughly 70 pounds! On the 79-93 Foxes using the mild steel kit can roughly cut 60 pounds. And of course tubular chrome moly looks really cool. Many of these kits include your choice of coil spring rates for a wide array of applications. 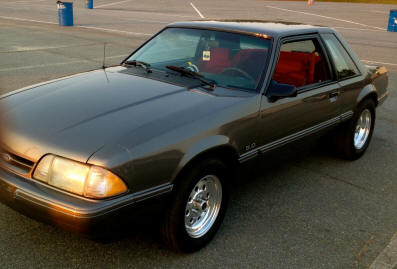 On the subject of weight reduction one cannot neglect the things that aren’t important to safety, or the function of the car. Depending on your goals, there are a few key areas that could handle a diet. For instance, the 6 disc changer that comes stock in the new edge Mustang could be deleted to save a few pounds. Remember, every ounce adds up. Most modern aftermarket stereo head units are capable of interacting with a smartphone to play all of your favorite tunes anyway. 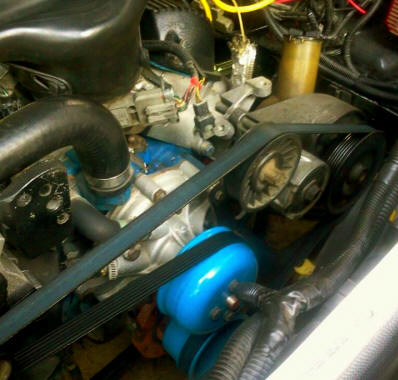 Removing the Spare Tire and Jack

I wouldn’t recommend removing the spare tire or jack and tire iron before a long road trip. However, before a race you could drop around 40 pounds by removing them. Whether one plans on minute or extreme weight reduction plans, it will always produce a faster car. The extent of how much one is willing to live without or sacrifice depends on how addicted to speed they are. In other words, how much does one covet that ¼ mile time? Whether it is an empty shell of a Mustang with nothing more than a driver seat and some gauges or a street car that one cannot part with, weight equals an increase in overall time. And ¼ mile times are the Holy Grail for most. For the money, put your car on a diet and see what gains you make.

The seat belt sensor is located in the rail, generally facing down on the slide. In order to access this, the seat must be removed. At the same time, the sensor could be turned off via a custom tune installed onto the ECU (for the alarm) The seatbelt alarm can be turned off by utilizing a procedure found in the owner's manual.

The stock exhaust system is not only restrictive and power robbing, but it is also heavy. Replacing the stock iron headers with aftermarket Mustang stainless steel headers ones will shed weight and also improve your performance, giving you a better power to weight ratio. While you can reduce weight from replacing any part of your Mustang's exhaust system, you will see the greatest difference from replacing the headers and the mid-pipe at the same time.

Swapping Out Your Mustang K-Member

One of the greatest benefits of switching to this type of driveshaft is that it is reducing rotating mass, which means your engine doesn't have to work as hard to send power to the rear wheels. You reduce the drivetrain loss of power that you experience when sending power from the crankshaft to the wheels, a huge benefit for both daily drivers and track focused 'Stangs.

Coilovers in themselves are not massive weight savers. The springs are heavy, and the supports for them have to be quite strong. While they are not as heavy as a traditional shock/strut/spring setup, they do not have double digit weight savings in most cases. However, their strong point is they gain much needed space. This space can allow suspension modifications, such as tubular components. These tubular components have large weight savings over the stock counterparts and as a result, coilovers aid greatly with weight savings.

How to Trim Weight Off the S550 Mustang

With the GT350R making waves with its bare minimum standpoint, many are wondering what they could do to save some weight on their 2015-2018 Mustang. The the rule of thumb of weight savings regardless of the year make or model is always the same; scrap the non-essentials.

Modern cars are loaded with creature comforts, none of which are doing the overall weight any favors. You can still ditch the rear seat, the ventilation, and even the stereo system. Remember, though. It isn’t removing parts that’s difficult, it’s putting them back in. With tight tolerances and small parts, you have to consider what is worth keeping and what isn’t. Think about what you use daily and what is just taking up space before you start removing. If you’re a fan of creature comforts, well, the rear seat and the spare tire are about all you can sacrifice with ease.