Oxygen sensors have advanced throughout the years and have become far more accurate. They're responsible for maintaining proper air/fuel ratios, so when they become faulty you'll suffer lower MPGs as well as horsepower. More than an annoying check engine light, oxygen sensors are important to keep up to par.

The olden days of tuning an early Challenger’s engine the long way around are over. Those Challengers were rough around the edges. They burnt a ton of air and fuel in an effort to make radical amounts of horsepower. If you wanted to dial them in, the task meant breaking out a screwdriver, a timing light and either going by feel and sound or by heading to a dyno for a live reading of your efforts. Today’s third-generation Challengers (2008-present) handle all of the secrets of fine-tuning the engine by themselves. One key component that makes this possible is the O2 sensor. 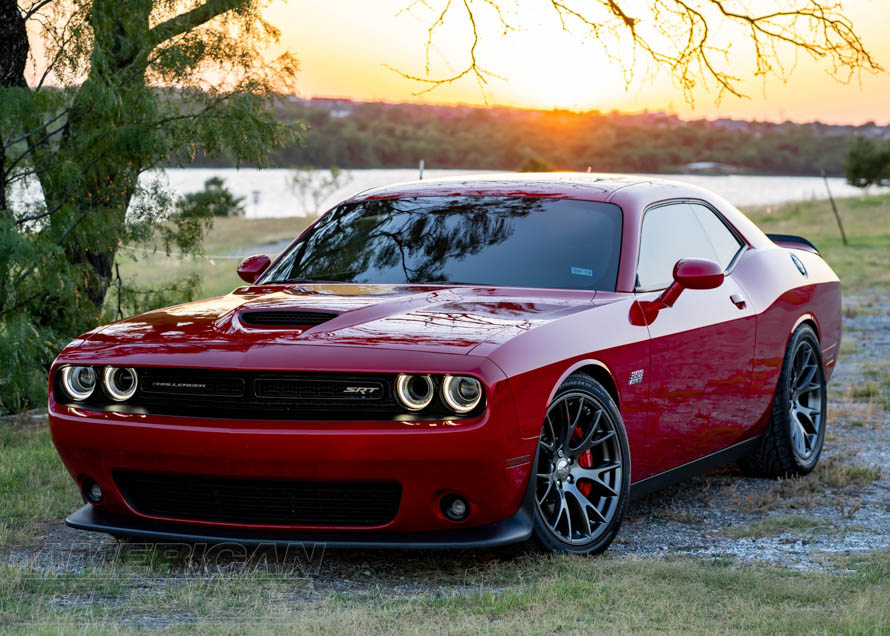 What is an O2 Sensor?

An O2 sensor is an oxygen sensor. These devices work by tapping into the Challenger’s exhaust system and getting a live reading of the contents of the exhaust coming from the engine.

Upstream vs Downstream: Upstream and downstream oxygen sensors work identically. Both will work to pick up readings of unburned oxygen and both send a signal to the ECU in order for the proper adjustments to be made. The use of a downstream O2 sensor is to keep a reading of the catalytic converter's efficiency.

The oxygen sensors and ECU are responsible for keeping your engine from running too lean or too rich. The right amount of fuel being burned at all times is what makes the modern marvel of electronic fuel injection so effective.

By preventing too much or too little fuel from being burned actively, the engine will be producing the best possible power and performance at all times. They also reduce the risk of ruining an engine with an improper tune.

Dangers of Running Rich: If an engine is running rich too much fuel is being sent to the combustion chamber. An engine produces power by burning fuel; this doesn’t mean that more fuel is more powerful. If there is too much fuel in the cylinder not all of it will burn during combustion. This will cause hardship on the plugs and the catalytic converters. Excess fuel can run off into the oil pan of the engine and will reduce the quality of the oil. Other problems with running too rich include running the engine hot and reduced fuel economy.

Dangers of Running Lean: If an engine runs lean this means that not enough fuel is being burned. The problems an engine will run into include poor fuel economy and overheating. Fuel works to help keep the moving parts cool and if there isn’t enough present the parts can become severely damaged.

When an oxygen sensor begins to fail the engine's performance will suffer. The engine can still run, but it will not be able to run as well.

Some of the symptoms your Challenger may have when an oxygen sensor fails include rough idle, hard start issues excessive fuel consumption and an overall reduction in engine performance.

Shorty headers are designed to bolt in place of the factory exhaust manifolds. Long-tube headers aren’t as easy on the owners of the car – or the owner’s pocketbook, though the performance is worth it.

Oxygen sensors will need to be relocated and this can prove to be a bit of an issue. Relocating the oxygen sensors is one of the issues that you will likely run into.

Ideal Sensor (Re)-Location: Relocating the sensors is a task but isn’t something that will take an excessive amount of effort. If you have to find a new location for an oxygen sensor you can add the bung to the collector of the header or you can find a section on the exhaust pipe directly behind the header. Even if the area is predetermined you will also need a harness extension as the oxygen sensor will be moved a considerable distance from its original mounting location.

Should You Delete Cats?: Many owners of vehicles delete the cats to improve horsepower and sound quality. If this is the case the use of an O2 sensor eliminator is well worth the investment. By keeping the engine light off the dash you will have a better chance of picking up on other issues in the operating system as they occur.