Most Popular in Mustang Gauges

What is The Difference between Electric and Mechanical Gauges?

Monitor your Mustang's performance with a set of aftermarket gauges. You'll be able to keep an eye on vital system components and prevent catastrophic damage, while also being better able to fine tune for performance and reliability.

Getting a set of gauges for your Mustang will let you the driver know exactly what your vehicle is doing. Everything from boost pressure and oil pressure to air/fuel and multi-gauges can be obtained with gauges. 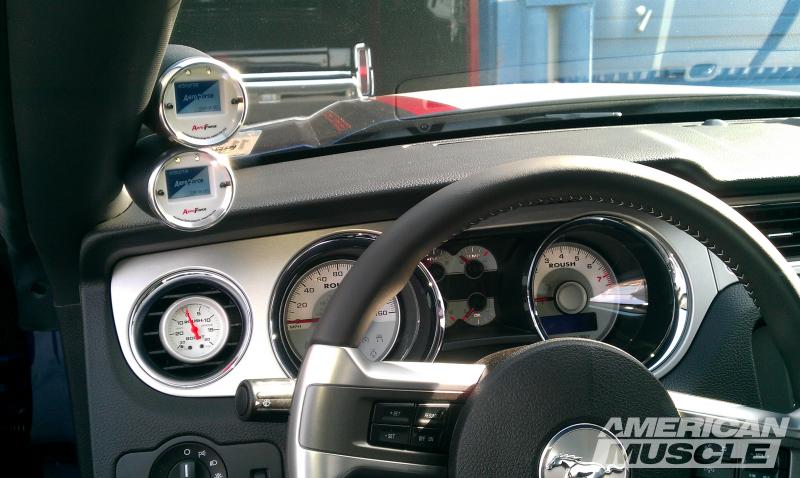 Why Install Aftermarket Gauges on Your Ford Mustang?

There’s currently a trend in the car industry to eliminate the number of gauges in cars to keep from confusing drivers. Unfortunately, this trend started long ago and that’s evident even in the older generation Mustangs. As car enthusiasts, we want to get as much information about the car as possible, but did you know that the stock oil pressure gauge only has two positions for on and off? The best way to remedy this situation is with high quality aftermarket gauges.

If you’re new to aftermarket gauges, you might be surprised at the number of choices you have, even when comparing gauges that display the same information. There’s often a large variance in cost depending on if you’re looking at electrical or mechanical gauges, but it may not be clear why that is the case. To help with your buying decisions, here are some common questions on the differences between electric and mechanical gauges. 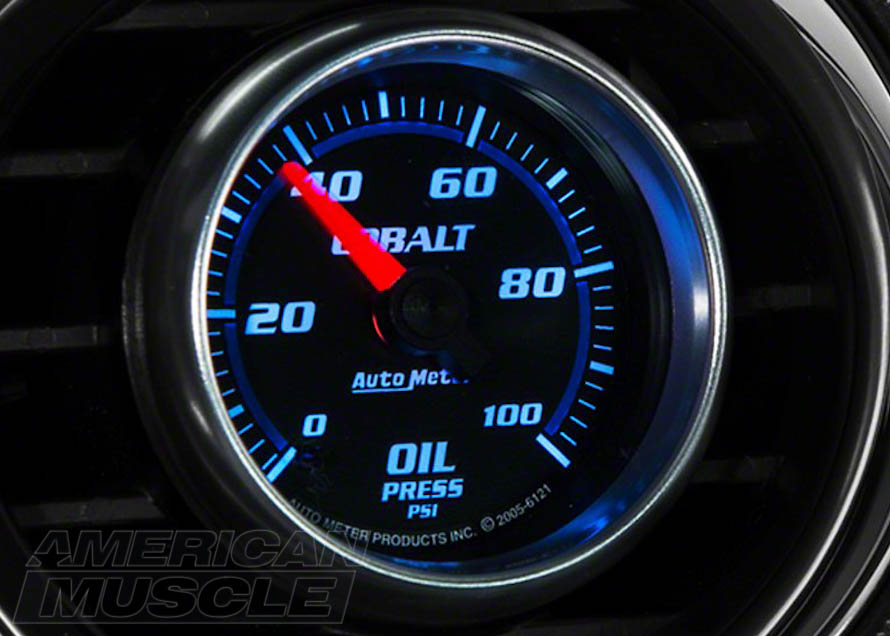 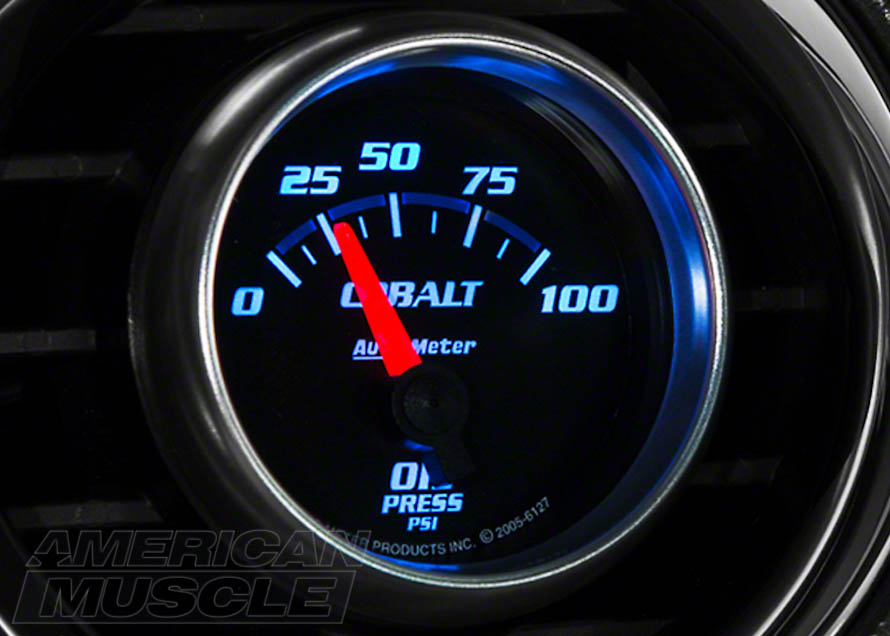 What’s the Difference Between a Short Sweep Mustang Gauge and a Full Sweep Gauge?

All analog gauges display the information in the same way, but many electric gauges are of the short sweep variety, while mechanical gauges are full sweep. A full sweep gauge gives you 270 degrees of movement from the needle. A short sweep gauge typically only gives 90 or 180 degrees of movement. Because the needle movement is much more restricted in a short sweep gauge, it can be difficult to get a quick reading at a glance and it may not be as precise as a mechanical gauge. This isn’t always such a bad thing because not everything needs a precise reading. Short sweep gauges can be a good way to save some money and by having a mix of short and full sweep gauges, it’s easier to pick out the more critical gauges at a glimpse.

How do Electric Gauges and Mechanical Mustang Gauges Work?

When a gauge is referred to as electric or mechanical, it’s referring to the way the gauges get information from your Mustang. With a mechanical gauge, you must connect tubing from the engine bay directly to the gauge so that it can take a direct measurement of the medium you’re trying to measure. The physical connection is what causes the needle to move in the gauge.

An electrical gauge works by installing a sensor in the engine bay and taking a measurement at the sensor. You must connect a wire to the gauge to send the signal to the gauge. The needle is attached to a motor to control movement rather than being driven by a physical connection.

One thing to note is that when you’re looking at the back of gauges, they all have electric wire connections no matter what type they are. An electrical connection is needed on all gauges to provide light for night time use. 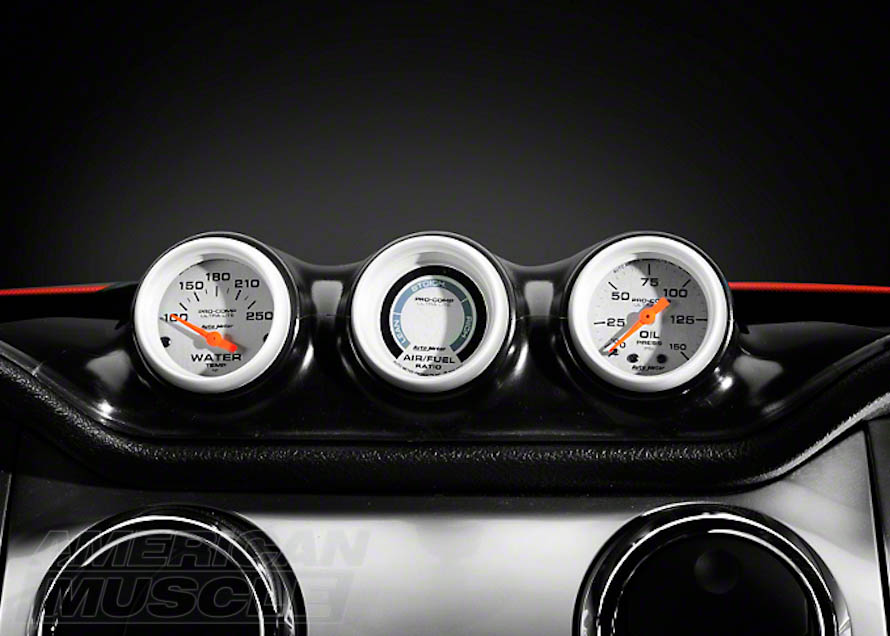 Is an Electric Gauge Easier to Install on a Mustang than a Mechanical Gauge?

There is little difference in the work involved to install electric or mechanical gauges and it will likely take you about the same amount of time. However, mechanical gauges definitely need a bit more planning. That’s because you have to be careful not to kink or damage the line as you route it to the gauge. Also, you want to make sure that the line is as short as possible in order to get the most accurate reading. With an electrical gauge, as long as you get the wire connected, the gauge will work fine. 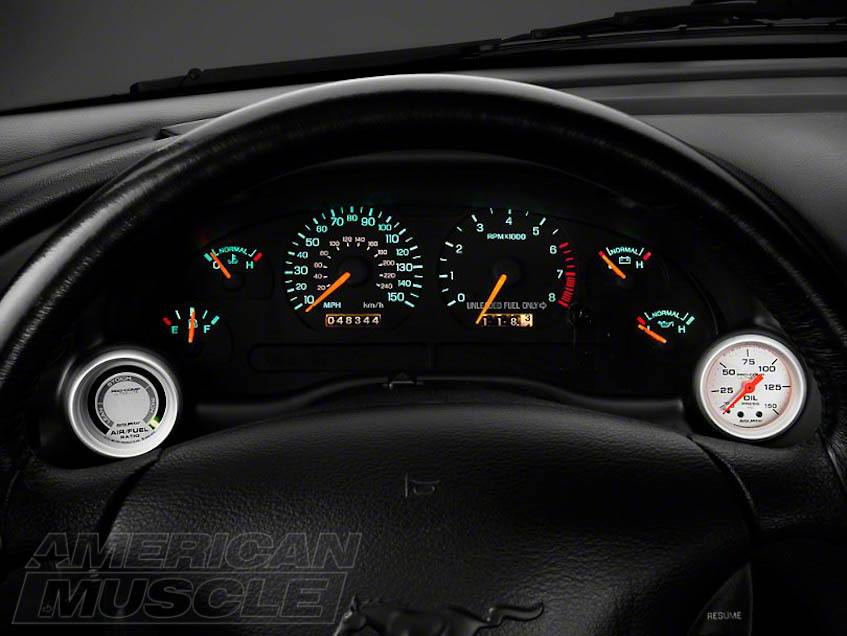 Is an Electric Gauge Better Than a Mechanical One?

There is some debate on this topic, but the truth is that neither gauge has a significant advantage over the other. As long as you’re buying from a reputable company, such as the ones AmericanMuscle carries, you don’t have to worry about accuracy.

Is an Electric Gauge More Reliable than a Mechanical Gauge?

A properly installed gauge should be reliable no matter what type of gauge it is. However if there’s a failure, mechanical gauges can cause much more damage than electric gauges. It’s for this reason that we do not recommend installing mechanical fuel or oil pressure gauges inside the cabin. If this type of gauge was to fail, it would leak engine fluids inside your Stang, which can quickly lead to a hazardous situation. If you have an electric gauge, any potential failure would simply result in the sensor not working or the sensor leaking in the engine bay. It’s still a headache, but definitely not as bad as having fluids leak into your Mustang.

Gauges provide important information about your car and it’s something that we spend a fair amount of time looking at while in a car. This guide should make it easier to understand why AmericanMuscle has such a large collection of gauges on the site. Once you decide on a set that matches your needs and style, you’ll definitely want to check out the selection of custom gauge pods so that you can have a clean factory look to your install. 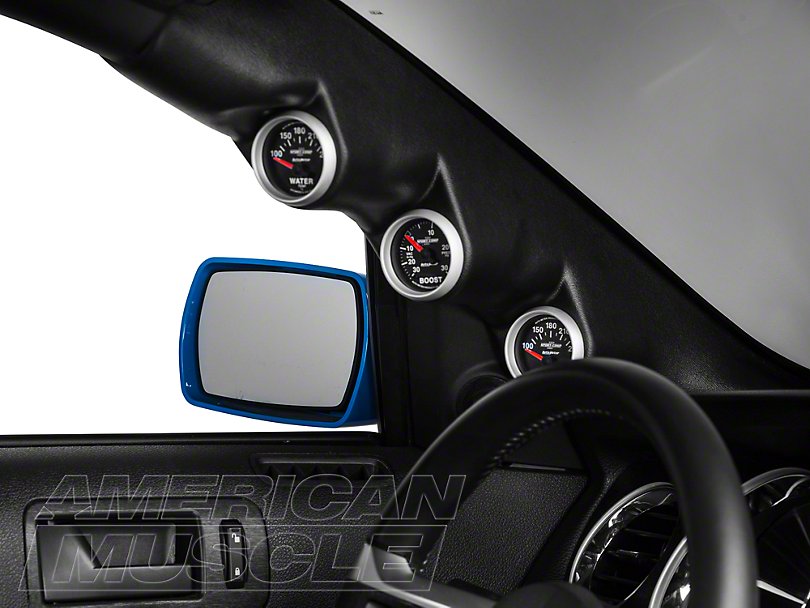 Stoich is slang for stoichiometry. Stoich is the chemical composition of air and fuel (or any elements/molecules for that matter) and the reactions that occur. The mixture is measured in a ratio of air to fuel. That is, dividing the volume of air by the volume of fuel. Too much air (a high A/F ratio) results in the engine running lean, which can cause engine failure if extreme enough. Too much fuel (a low A/F ratio) results in the engine running rich. This results in poor power and fuel economy as a result of unburnt fuel leaving the combustion chamber. If you see 12s on your gauge, you're running rather rich. The high 15s and up are lean mixtures. Ideally, you want your Mustang to sit in the 14s at cruise.