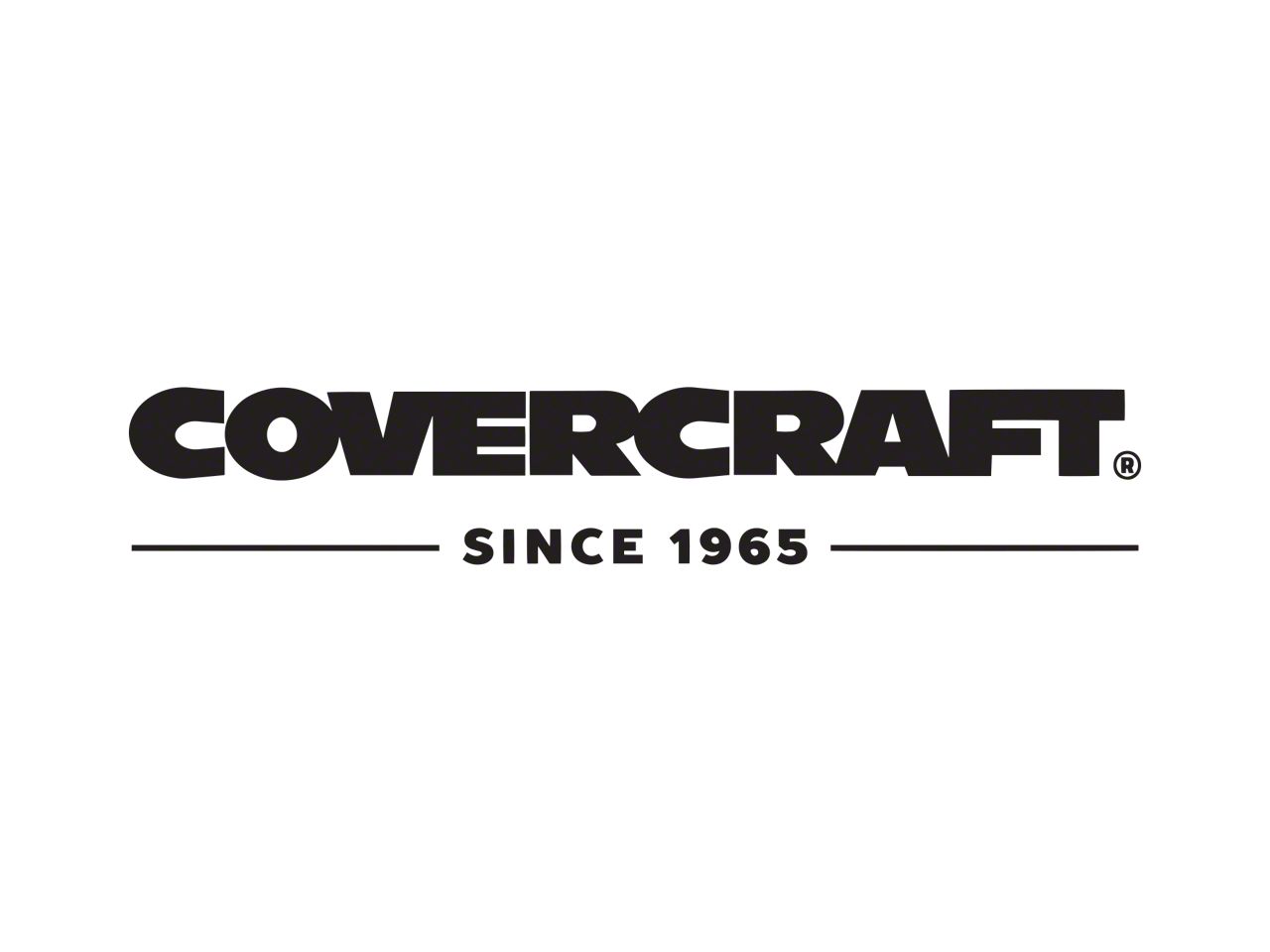 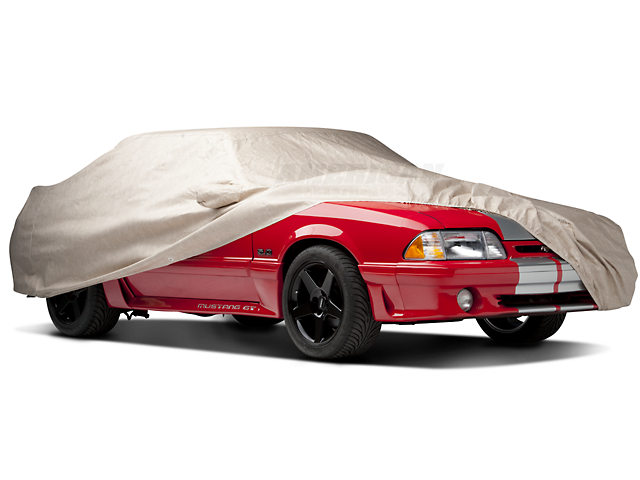 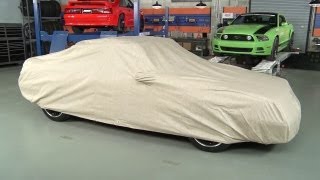 Hey I’m Justin with AmericanMuscle.com and I’m going to be breaking down Covercraft’s deluxe custom fit car cover fitting all 87-93 Mustang GTs. The deluxe custom fit is Covercraft’s higher end offering for the Mustang, and is an excellent way to protect your Fox body from the elements when it’s not out being enjoyed. This cover does include some features that Covercraft’s ready fit cover does not, so with that said let’s take a closer look. The first difference is in the name, whereas Covercraft’s ready fit cover is a great budget friendly car cover, the deluxe custom fit has been tailored specifically to the lines of the Fox, as you can see with our GT here in the shop. This is going to allow the cover to do its job even better by sealing out the elements, protecting your ride. To help further protect your paint, the deluxe features a unique triple layer fabric known as Blockit 380, this offers unmatched protection by utilizing a soft inner and outer barrier, sandwiching an inner film barrier, that blocks out everything from dirt, dust and water, yet still offers great breathability so it’s going to allow any heat and moisture to escape while the cover is in place. This fabric is pretty thick too so it should prevent any small dents and scratches, while the car is in storage. This is a pretty mindless install that could take you 15 minutes at first, but once you do it a few times you’ll probably do it even faster. Me personally, I like to get the cover situated on the roof first, with the officially licensed Mustang logo pointing forward, after that get the cover in the corresponding mirror pockets first, and then pull the front and rear of the cover over each bumper. Before installing the cover for the first time you’ll either need to remove the antenna like I did, or make a small hole in the cover and use the included grommet where the antenna will go through. So if you’re looking for only the best protecting for your Fox Mustang while it’s not out being enjoyed, look no further than Covercraft’s deluxe custom fit car cover, available right here at AmericanMuscle.com

Protection. Deluxe Custom-Fit Mustang Car Covers from CoverCraft offer even more extended protection over their Ready-Fit Covers for your car from life's unavoidable inhospitable storage conditions. In addition to enhanced protections, their Deluxe Covers also offer some ding protection to help protect against vehicular bodily atrocities such as hail damage.

Custom Fit. Each Deluxe Custom-Fit Mustang Cover features an officially licensed embossed Ford Mustang Logo, and is custom cut to fit your car perfectly, further helping to seal out the elements! Whether indoors or outdoors, these quality car covers keep the dust and dirt off your paint and other surfaces of your car reducing washing and cleaning costs.

Three-layer Fabric. CoverCraft Deluxe Custom-Fit Car Covers use the newest fabric technology that offers great protection from the elements. This three-layer fabric construction uses inner and outer layers of spunbond, sandwiching a middle layer protective film barrier. The film barrier has microscopic holes, smaller than droplets of water (and most dust particles) to stop moisture, but still allows any moisture vapor or heat to easily escape from under the car cover.

4.4 out of 5 overall rating from 32 customers
Reset

Helpful (1) Thanks for your input! Show 4 more answers

My car is stored outdoors....at least for the time being....is this cover completely 'waterproof'.....or just 'water-resistant'? I had three-four covers and they didn't keep the car dry. Thank you, Lance

Will this fit an 88 GT with a Saleen wing?

Helpful (0) Thanks for your input! Show 4 more answers
Post Your Question

Specifications:Ratings on a scale of 1 (poor) through 10 (best). 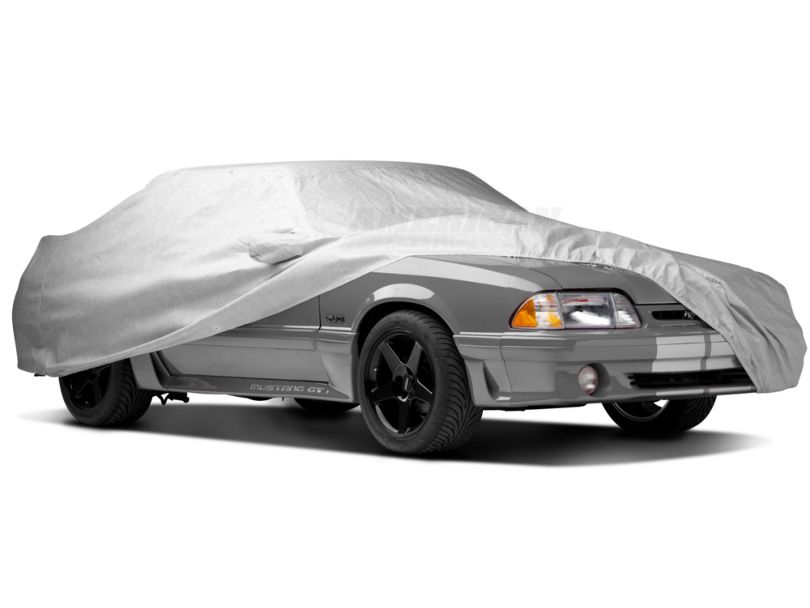