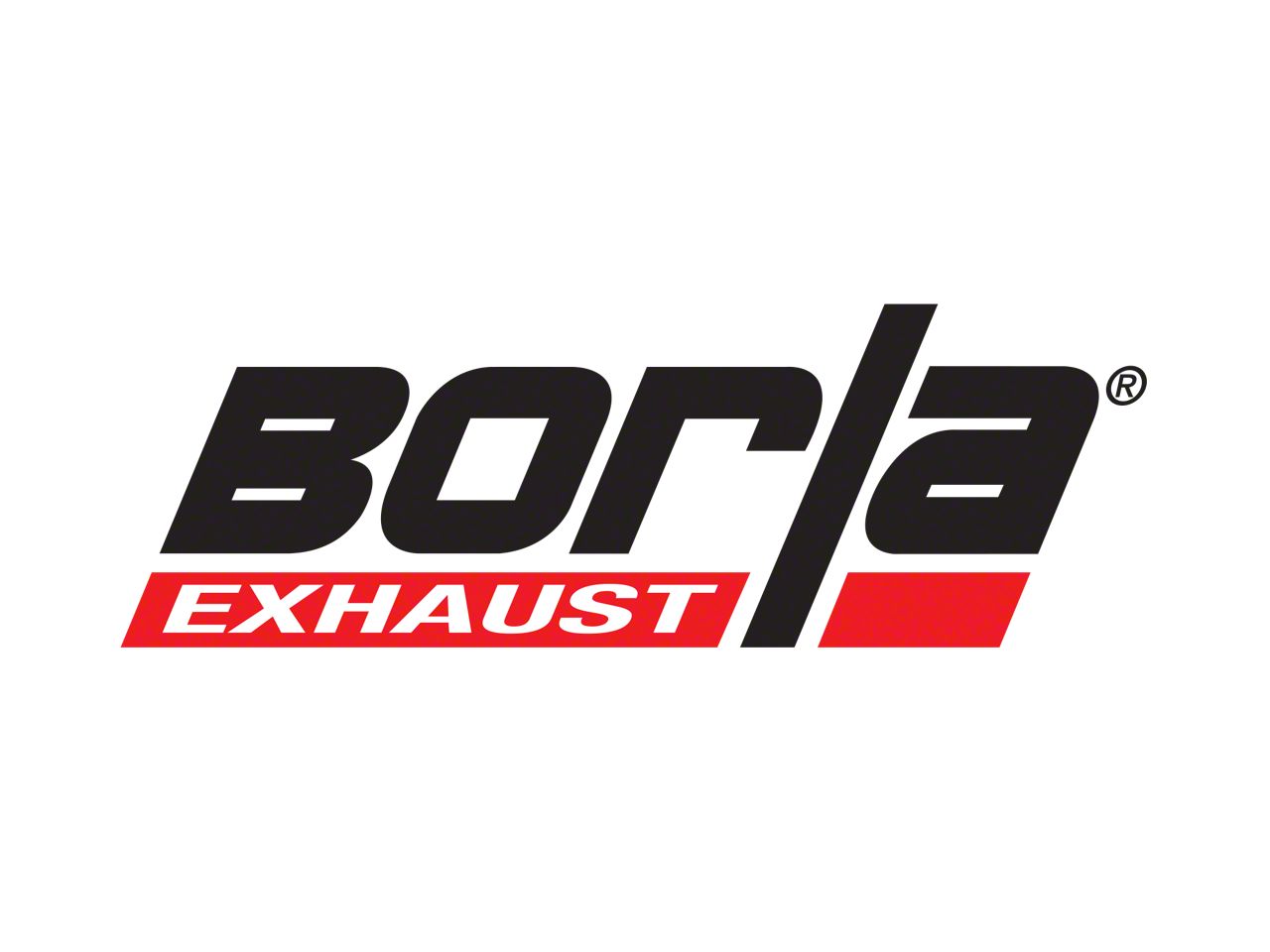 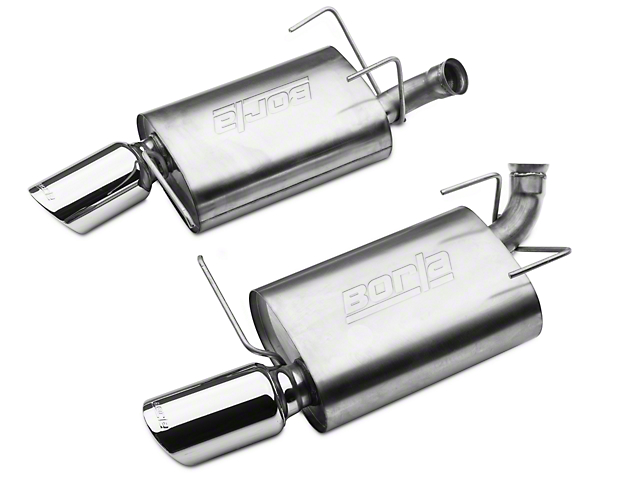 Mellow Sound. The Borla Touring Axle-Back will give you high performance without the roar. The high flow Touring Mufflers will give your V6 Pony a deep, throaty, yet mellow sound that is quiet when compared to other Borla mufflers, but is louder than the factory exhaust making them perfect for the sleeper crowd.

Application. This Borla Stainless Steel exhaust system is specifically designed to be a direct bolt on upgrade reusing factory hardware for the 2011-2014 3.7L V6 Mustangs.

What exhaust should I get? Alright I have the Borla ATAK exhaust with the BBK Headers and Catted X-Pipe. This set up is a little too loud for me, always wake everybody up in my neigborhood when I leave in the morning. I still want loud, just not ATAK loud. Would the Borla Touring be pretty loud with my set up or should I go with the Type S.

Helpful (3) Thanks for your input! Show 4 more answers

Considering the Borla Touring Exhaust for my 2014 convertible. While driving with the top down will we still be able to converse in a normal voice?

Best sound for AT equipped v6? Looking to upgrade the exhaust note (more rumble/bark without being too loud) on our '11 V6 convertible w/ an AT, and considering the Borla Touring and the Magnaflow 15595. Any preferences between the 2, and any concerns about drone when the trans may be hunting between gears? thanks

Helpful (0) Thanks for your input! Show 3 more answers
Post Your Question 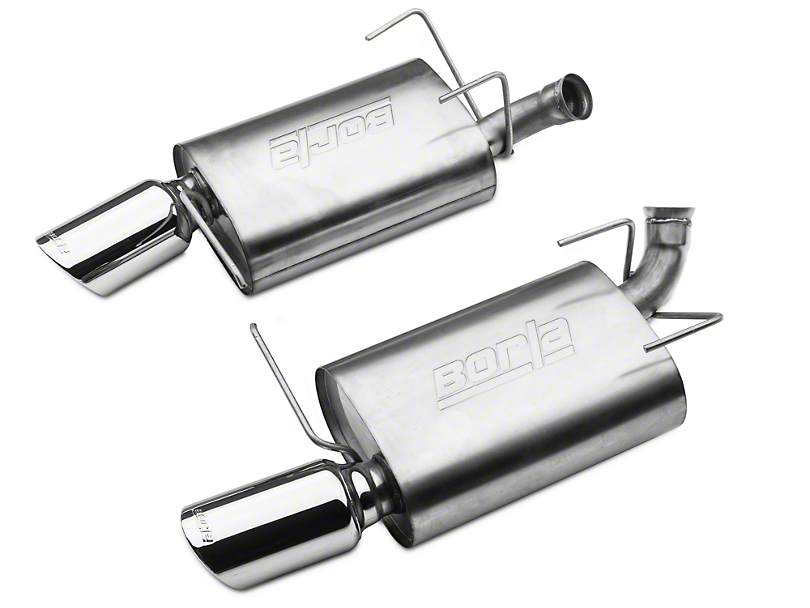