Most Popular in Mustang Differential Parts 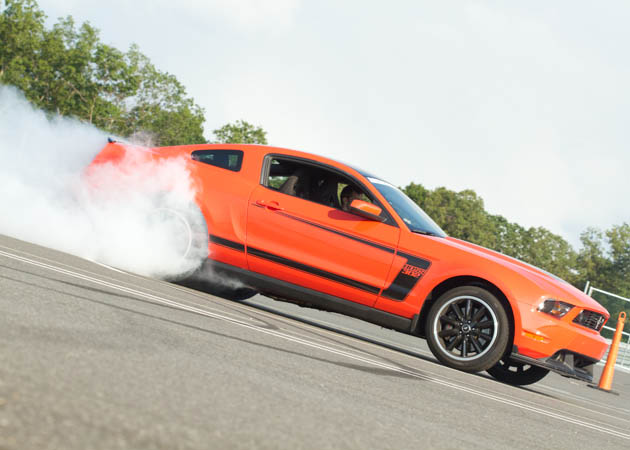 An integral ability of any vehicle is to keep traction under a variety of conditions. In this article, we are going to examine a critical component that plays a large role in traction – the differential.

Depending on your build, a proper differential could bring everything together. Whether drag racing, track racing, or simply augmenting your street build a quality differential can keep your tires spinning at the speeds they need to.

What is the Purpose of My Differential?

The primary purpose of the differential is to allow the wheels to rotate at different speeds. Differentials take the power sent from the engine and translates it (from the driveshaft and via specially oriented gears) into rotational motion at the wheels. Furthermore, it allows each driven wheel to turn at different speeds which is necessary for a corner.

Furthermore, as hinted above, a differential helps with the traction of the Mustang. Differentials can manage torque such that if one wheel is slipping, it lessens the torque going to the slipping wheel and instead applies it to the wheel with traction.

Since Mustangs are rear-wheel drive, the differential is located underneath the rear of the car between the wheels. The purposes of differentials are as follows:

An open (basic) differential has no way to control the amount of torque being sent to each wheel. Instead, it just splits the torque evenly. It's not able to distinguish if one wheel has less or more traction. This is important and will be addressed a bit further down. Open differentials came standard on V6 models until 2011 and on V8 models until 1986. 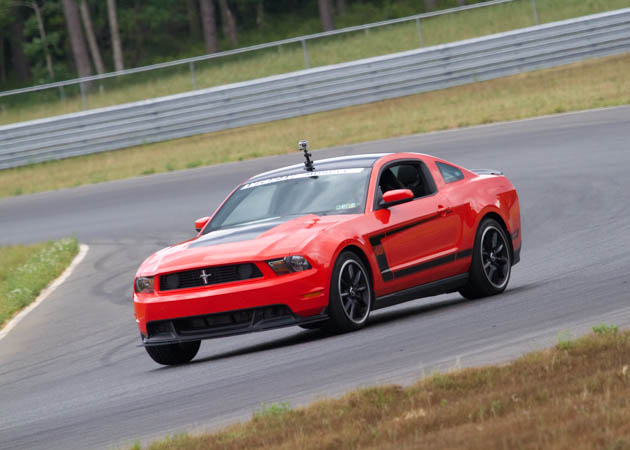 This is the most basic type. Essentially, there are no traction control features in an open differential. The wheel that has the least resistance will receive more power and consequently spin more. On dry pavement, this is not a problem. But in slippery or high power conditions, traction will be at a minimum as one wheel may spin whilst the other does nothing. This type of differential can be found on base model V6 equipped Mustangs until 2011.

This is the bread-and-butter of Mustang differentials. The majority of Mustangs come equipped with a limited-slip type differential called Traction-Lok from Ford. A limited slip differential maintains traction by “sensing” when one wheel is slipping, locking the wheels together and thereby redirecting greater torque to the non-slipping wheel. 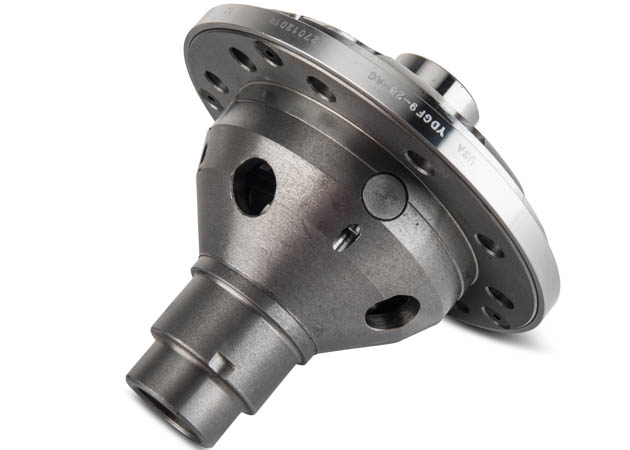 A locking differential is a completely different animal. This type of differential is designed to “lock” the axle shafts together such that they are always rotating with the same speed, causing the drive wheels to spin in unison, irrespective of traction or resistance available to each separate wheel.

This is great for when traction between wheels is different, but poses a problem during turns. Since the axles are coupled together and the wheels are forced to rotate at the same speed, the outer wheel cannot speed up when in a turn. The result is a bucking or popping of the drive train, chirping the tire and increased load on the carrier. 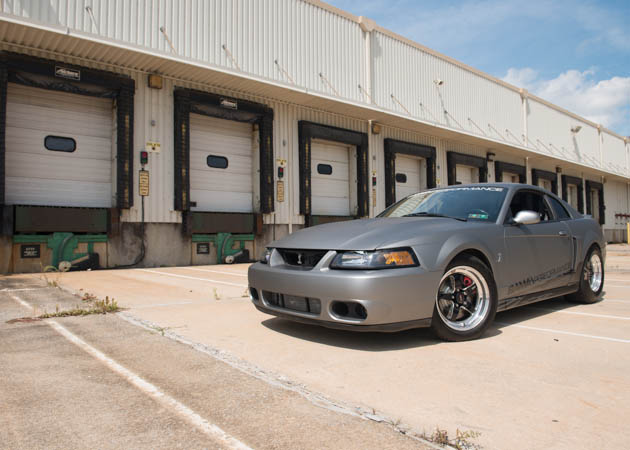 An automatic locking differential is a unit that can unlock and lock depending on condition. It can be done automatically (meaning no input from the driver is given to change state), or it can be a manually controlled type (controlled by pneumatics, a cable, electric solenoid etc).

Manually controlled are called selectable lockers. An automatic locker is always in the locked position until told otherwise. The most common type of automatic locker is the Detroit locker. In a turn, the differential unlocks and allows the outer wheel to freewheel. Once the ‘Stang has returned to straight line driving, the locker will re-engage.

The downside to this type of differential is increased tire wear, and a sudden bucking or jerking motion is often encountered when the locker re-engages after a turn and possible heavy under steer at the entry of a turn followed by over steer. 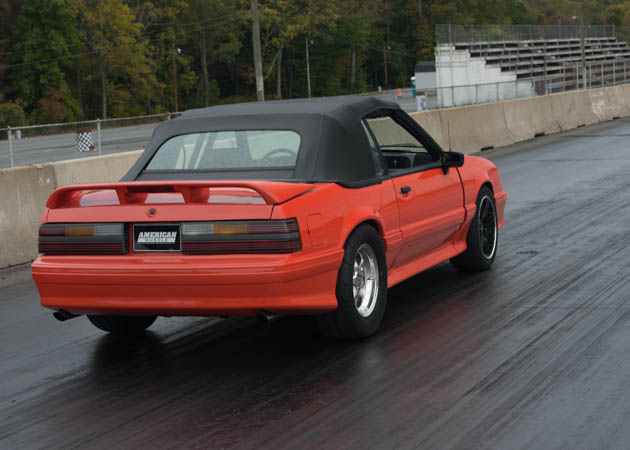 Last but not least is the spool type differential. This is a solid single piece that connects the axles directly to the ring gear. It replaces the entire carrier assembly; there is absolutely no differentiation.

Spools are a very strong, simple and lightweight component to lock the axles to the same speed at all times. Spools are really only recommended for race cars or serious offroad applications. They are too extreme for any type of street use. 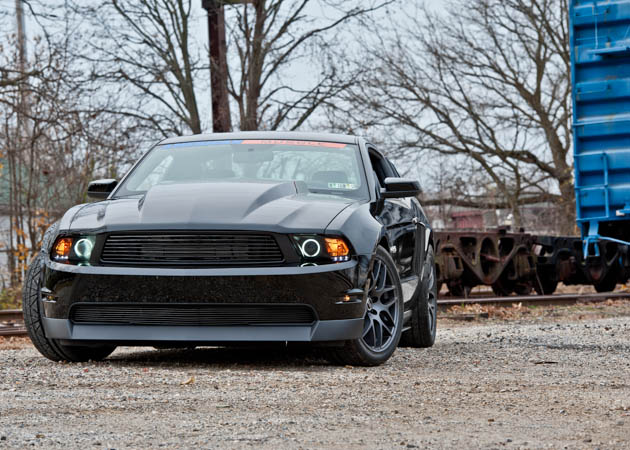 What Type of Differential is Best for My Mustang?

As mentioned, most Mustangs come equipped with a limited-slip differential from the factory. Painting with broad strokes, a properly functioning Trac-Lok is the best compromise of street and performance driving. An open differential for a muscle car such as a Mustang is not particularly effective, nor is a spool. This leaves the automatic locking type.

A Detroit type locker can serve owners very well for those who are looking for more performance. However, be advised that the ride will most likely not be as smooth as the more conventional limited-slip variety. A Detroit locker is better suited for those who track their Mustangs. 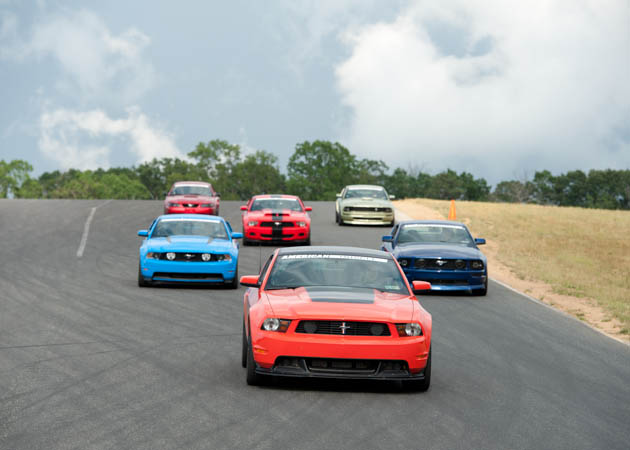 Your Differential and Wheel Spin

When a tire begins to spin freely, it is because there is not enough friction between the tire and the surface beneath. This lack of friction means there is no resistance – there is nothing for the tire to push and pull against to move your Mustang.

This is where the clutch discs come in. A clutch is a disc or plate covered in high-friction material, right? Well, we said that there is no wizard inside the differential, but there definitely is some mechanical magic going on.

There are thin discs on each side of the ring case. Those are the clutch discs. The spring device on top pushes the side gears up against the clutches which are attached to the cage.

In straight line driving, those side gears actually remain motionless. Only in a turn, or in a situation where one wheel is spinning faster than the other, do those side gears inside the cage spin. In the event of one wheel spinning faster than the other, the wheel must fight and overcome the clutches in order to spin at a different rate. As mentioned, in a corner, there is enough force present to slip the clutches.

However, recall that when the tire is spinning freely, there is no actual resistance against it, thereby there is very little force acting on the clutches. Certainly not enough force to cause them to slip. Due to this principal, the tractionless wheel can only spin as fast as the wheel WITH traction, because the clutches are locked together!

Therefore no torque is wasted by sending it to the tire without traction. Instead, it will be concentrated on the wheel with the most traction, helping you to get or keep your Pony moving. 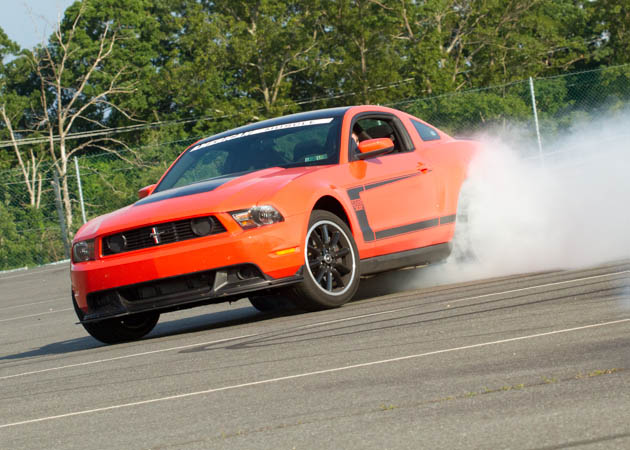 How Can I Tell if My Clutches are Worn Out?

Believe it or not, there is an extremely easy way to check if your LSD is still functioning – no tools or getting dirty required. We call it the one-wheel-peel test. It is very simple.

Step 2) In vacant area, do a burnout (i.e: from a stop, drop the clutch and floor it)

Step 3) After wheels stop spinning, stop Mustang and exit it. 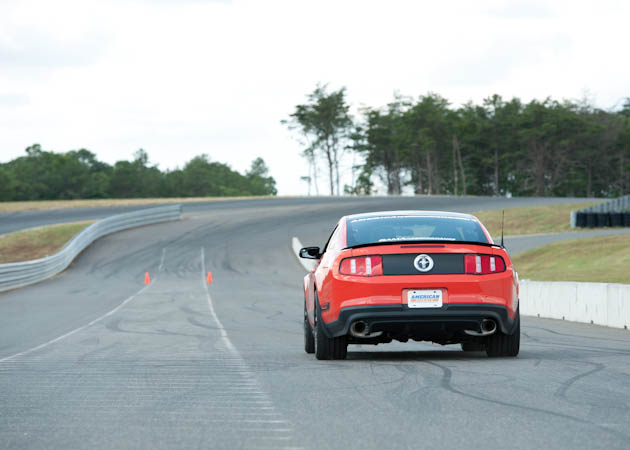 What About Wear and Tear? Can an LSD Wear Out?

Use and abuse will simply wear down the friction material, until they are unable to provide enough clamping force. In this event, your LSD becomes turns into an open differential, as the clutches will no longer work to prevent spin.

Does My Model Mustang Even Have an LSD?

In short if you have a Foxbody that's made before 1981, if you have an automatic, or if you have a V6 engine, your Mustang won't have a factory LSD. In all other cases the Mustangs came equipped with Trak-Locs.

However, if you don't have an LSD and you want to upgrade, there's plenty of options to go with. Keep in mind that swapping an LSD into the stock case yourself will take a good chunk of time and another good helping of mechanical know how.