Fox Body owners trying to make serious power will want to consider a supercharger. Boost your Mustang and say goodbye to your horsepower problems.

A classic modification for any V8 muscle car--especially Fox Body Mustangs--is of course the addition of a power packing supercharger. Capable of increasing engine power anywhere from 50-100%, superchargers are used in all transport industries be it land, sea, or air. In the case o the Foxbody, a centrifugal is the go to. 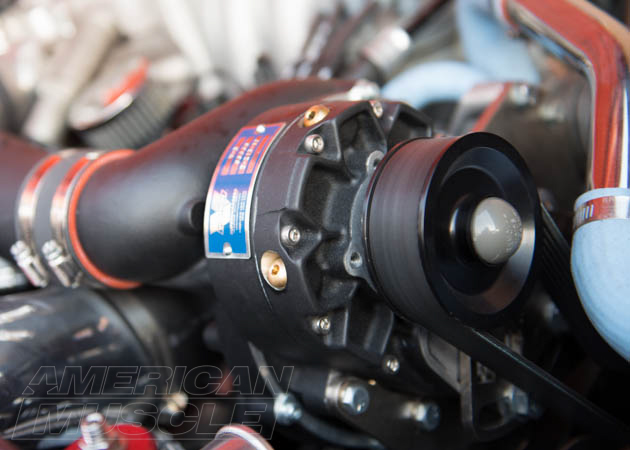 When Supercharging a Fox Body Mustang

There are several different types of superchargers, (Roots, positive displacement, twin-screw, centrifugal) but due to Ford’s pushrod 5.0 setup and packaging, centrifugal superchargers are the predominant choice. This also happens to be the popular choice for Fox Bodies. Let's delve into the science that makes these chargers work.

The way a centrifugal supercharger works is as follows. Any supercharger is powered by the engine itself, meaning it is coupled to the engine's crankshaft via a belt and pulley. As long as the engine is running, the supercharger is spinning. As the supercharger spins, an impeller draws in air via an inlet (the hub). The air is drawn in through the intake side (commonly called the ‘fill’ side), the centrifugal force causes the air to radiate outward (recall: centrifugal means to move away from a center). At this point, the air is moving very fast, but with little pressure. An impeller then compresses the air and releases it out of the discharge side.

Boost numbers are made depending on how fast the supercharger is spinning and in conjunction with the pulley setup. Boost is directly proportional to engine RPM, so more RPM’s will give more boost. This also means you achieve maximum boost at max RPM. All other RPMs produce less boost.

Since superchargers run directly off the crankshaft pulley, it must mean like an alternator or any other accessory, they consume power to be driven. If you were thinking this, you are 100% correct. Just like any other accessory, a supercharger does place a parasitic draw on the engine. The cool part? Despite using up some power to spin the charger, a charger easily makes up for the power it draws. 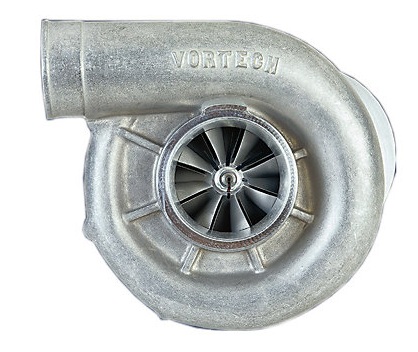 Vortech has two offerings. Their entry level ‘Street Boost’ kit features their V-3 self-lubricating supercharger, capable of 5-6 PSI of boost. Included with the kit is a fuel management unit and mounting hardware. If you’re looking for more boost, consider their next level up, the V-2 SQ Si trim charger. The V-2 produces 8-10 PSI. This kit also includes a fuel management unit, a high flow fuel pump, and a digitial MSD ignition box to help prevent pinging. On a stock engine, the basic Street Boost kit is good for a gain of 50 HP and 75 ft-lbs of torque. The V-2 kit will net in the neighborhood of 100 HP. These numbers don’t sound like much, but keep in mind they are for a STOCK engine. Expect bigger gains if your engine has been modified to breathe better (ex: cylinder heads, intake, camshaft).

It's interesting to note Vortech says their Street Boost kit does not need an intercooler, nor will adding one net any additional power. Furthermore, Vortech states a standard bypass valve is necessary for systems that exceed 6 PSI of boost and a MaxFlo racing bypass valve for 10 PSI and more.

ProCharger: Like Vortech, ProCharger offers two kits. Both kits feature their P1-SC self-contained supercharger, a 2-core air-to-air intercooler, bypass valve, and a high capacity fuel pump. Of course the mounting hardware is included too! Their first kit comes with an 8-rib pulley whereas the more expensive second level is equipped with a 12-rib pulley.

A great feature that both companies offer is some of their units are self-contained, meaning there is no need to tap your oil pan and run a line to the supercharger – they are self-lubricated. 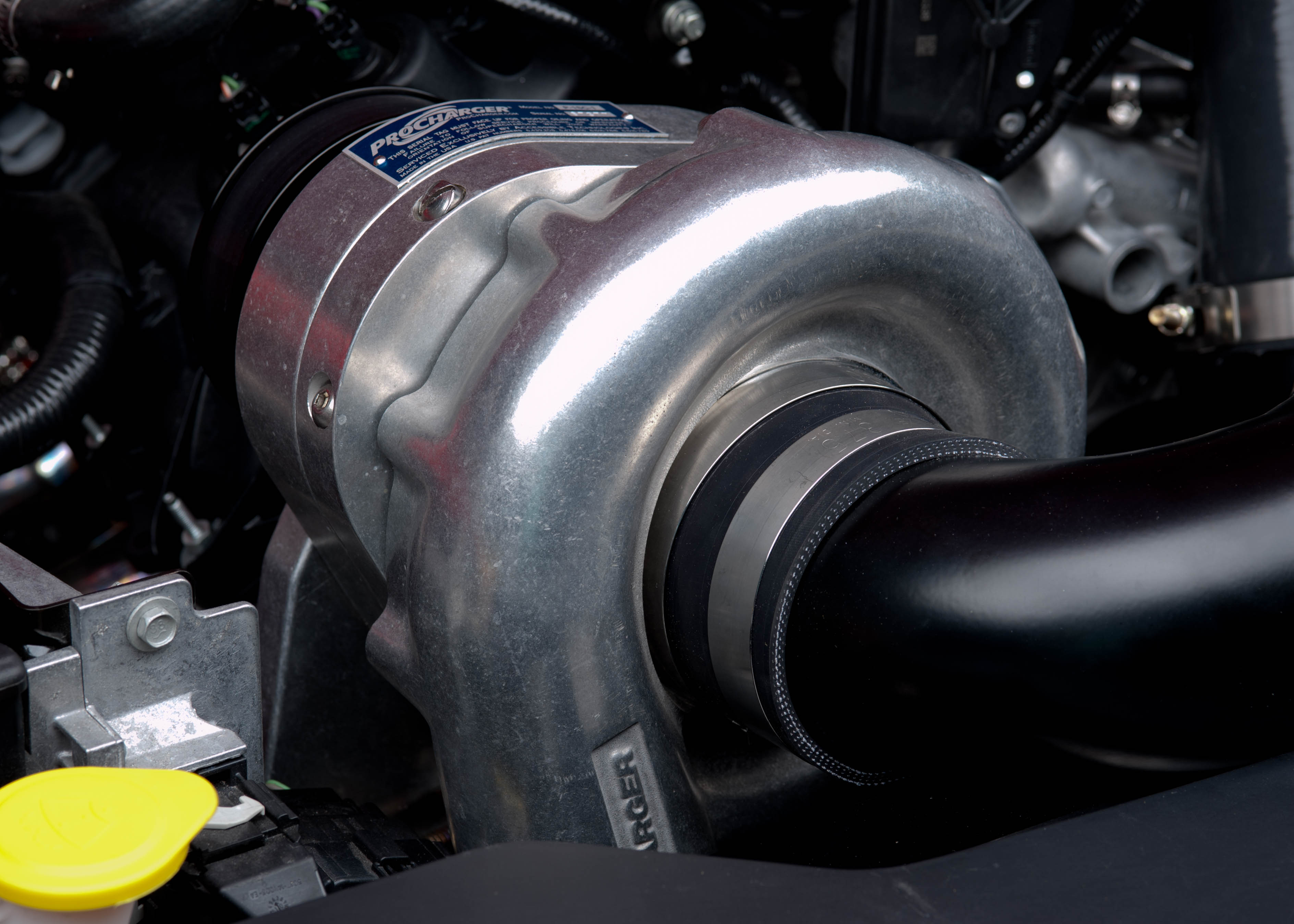 Something else to note is pulley size in relation to boost production. Changing a supercharger’s pulley set (to a different ratio) can decrease or increase boost. For instance, say you are making 8 PSI of boost but wish to make 10 PSI. You don’t need to purchase a new charger. Instead, changing the pulley ratio (with different sized pulleys) will give you the increase (since the crankshaft pulley is connected to the supercharger, varying the ratio between the two can increase or decrease the speed of the impeller which effects the pressure produced). 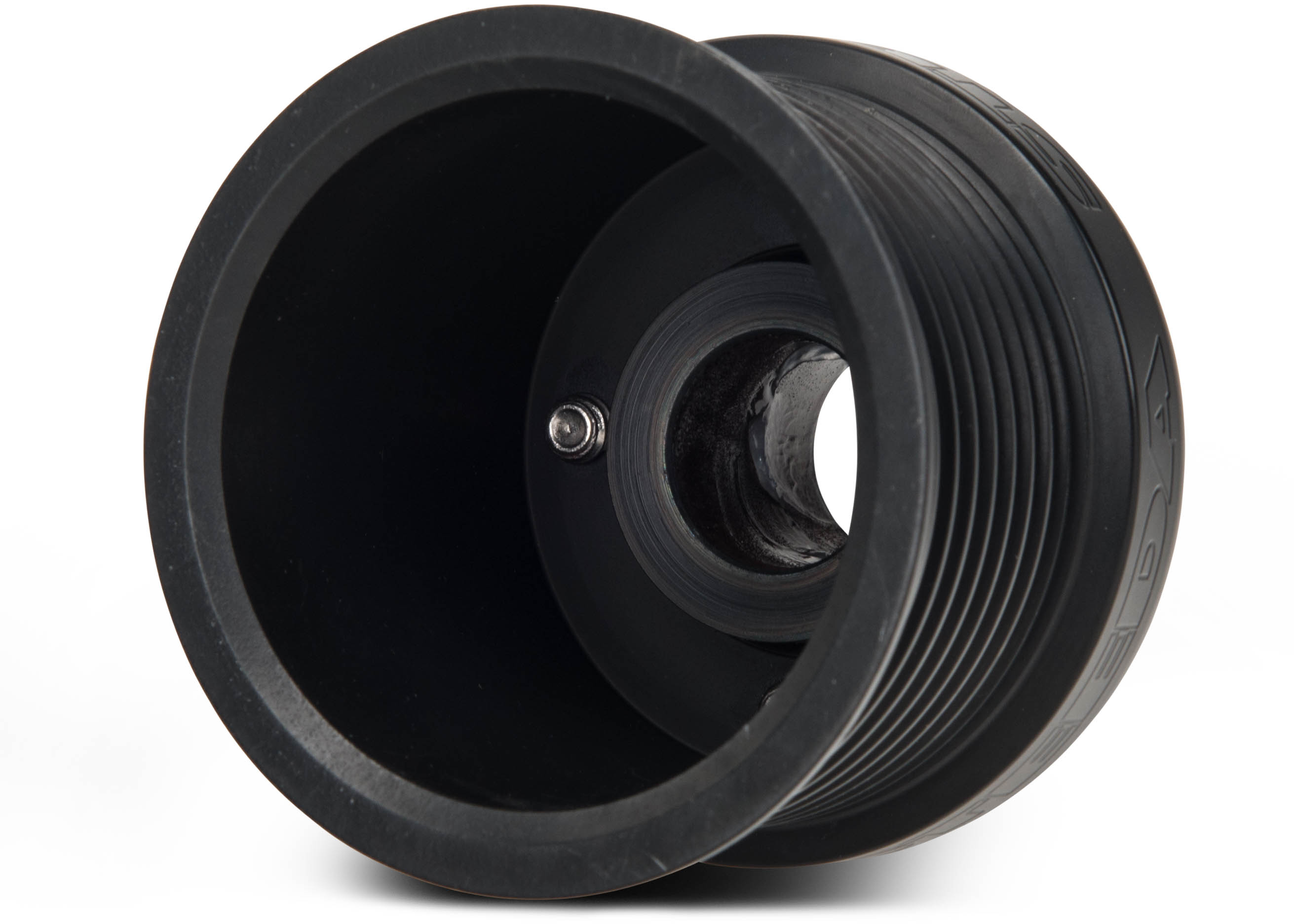 When running a car with forced induction, fuel delivery and ignition timing become especially important to prevent detonation. For Fox platforms, the stock EEC-IV does not have the capacity to properly manage a supercharged engine. It is recommended to get an aftermarket computer chip and tune.

Furthermore, as a supercharger can cram more air into the cylinders, more fuel will need to be delivered as well. Larger injectors and a fuel pump to feed said injectors are mandatory. Keep in mind some of the kits mentioned above include a fuel pump.

Any internal combustion engine performs better when cooler air is taken through the intake rather than hot air. As a result, an intercooler is designed to do just as it sounds: Cool the air already in the system. An intercooler will take the air from the intake and cool it. This allows for a much higher increase in power while lowering PSI. Consequently, it is possible to push the same amount of boost in a particular setup and make more power when utilizing an intercooler. An intercooler also aids in the fight against heat soak. This is crucial for vehicles in the southern states and hot climates. While not as important for northern, cooler states, it still never hurts to utilize an intercooler if the physical space provides.