How To Choose A Cat-Back Exhaust For Your Mustang

Replacing the restrictive cat-back exhaust your stock Mustang came equipped with from the factory will increase horsepower and torque, in addition to completely changing the sound and attitude of your car.

Tweaking the sound of your Mustang is high up on the list of mods for enthusiasts. A popular choice for many owners (especially S550 owners) is upgrading the cat-back system. Completely replacing all of the exhaust piping from the catalytic converters back, cat-back Mustang exhaust systems are a step up from an axle-back and a notch below from headers, a balanced increase in sound and power. This guide will go over what you need to consider when picking out a cat-back system for your Ford Mustang. 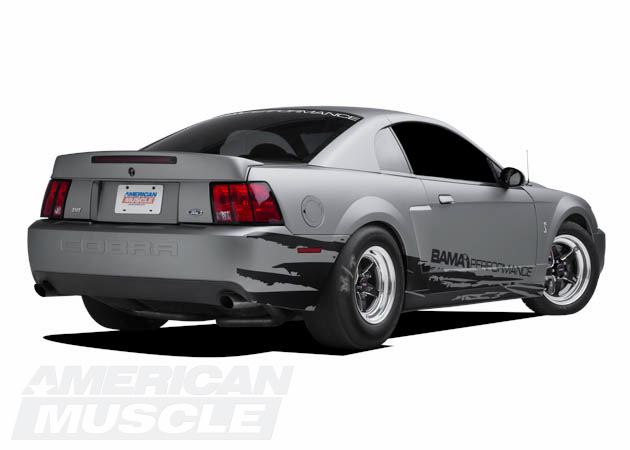 What Is A Mustang Cat-Back System?

A cat-back exhaust system usually begins at the catalytic converter and runs all the way back to the rear of the car. Cat-backs are comprised of exhaust piping, a resonator, and a muffler. Some 2015 Mustang cat-back systems also include mid-pipes, but that is not part of the cat-back system itself. 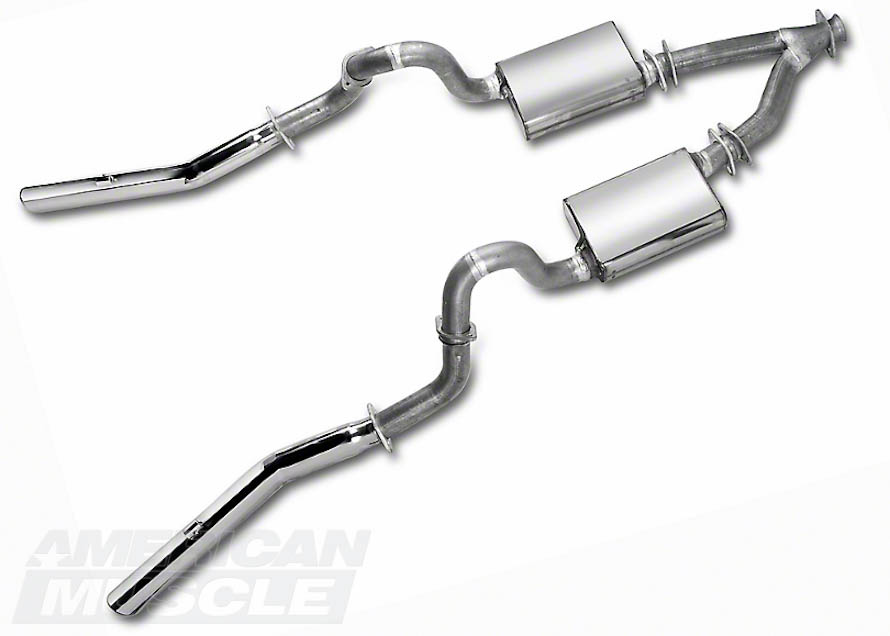 What Are The Benefits Of A Mustang Cat-Back Exhaust System?

Benefits of a cat-back exhaust system include:

Cat-back exhaust systems are designed to improve the exhaust flow and scavenging of your Mustang, which in turn frees up some horsepower and torque. While horsepower and torque increases will vary from design to design, manufacturer to manufacturer, and gen to gen, you can generally expect from anywhere from 10-20 HP/TQ increase with most enthusiasts picking up about a 12-15 HP/TQ gain.

The biggest advantage of a cat-back system is the change in exhaust volume and sound. Cat-backs are louder and have a deeper exhaust note in comparison to axle-backs. However, cat-back exhausts will not be as loud or as aggressive as a set of headers. The same ranking holds true in terms of installs as well; cat-backs are slightly harder than axle-backs to install, but not nearly as complicated as a set of headers. 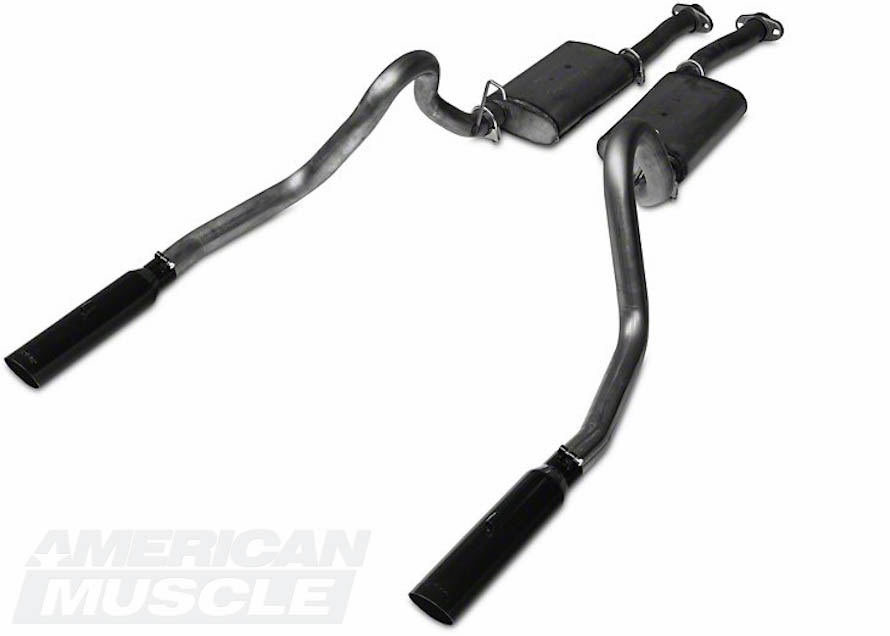 Can I Get A Cat-Back If I Have Long Tube Headers On My Mustang?

Cat-backs are a modular part of your exhaust system and can be added to your Mustang whether you have long tube headers or not. The one thing you need to be careful with is checking piping diameter and making sure everything matches up. If it doesn’t you can add a set of couplings to get them to work with each other.

Do I Need To Tune My Mustang For A Cat-Back Exhaust?

You do not need to tune your Mustang when you add a cat-back to your Mustang. Tuning your Mustang is always a good idea if you have other mods installed as it will optimize your power, but it is not something that is required with cat-backs. If, for example, you're planning on a set of headers as well as a cat-back, a tune is recommended. This is especially true if there's a drastic change in pipe diameter. 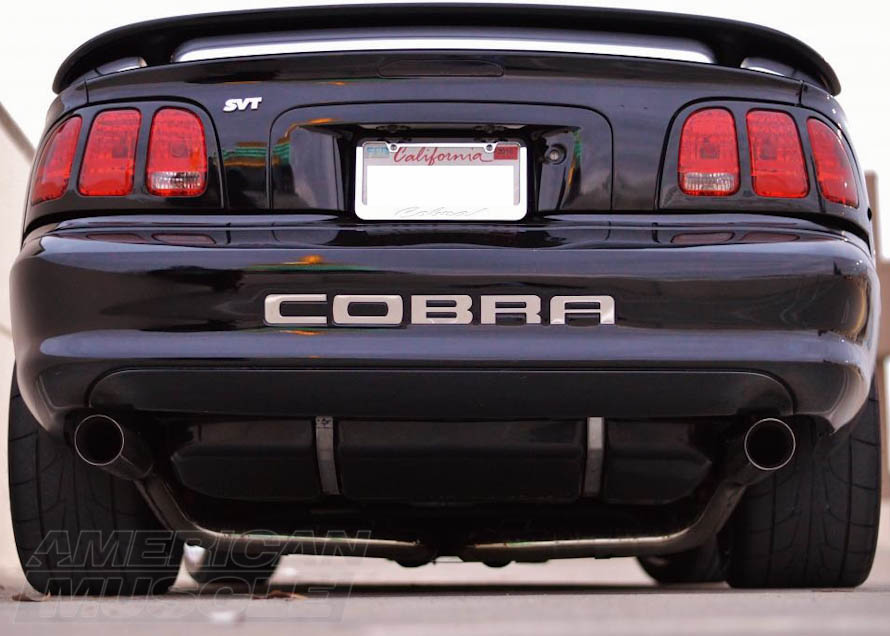 Exhaust sound clips for Mustangs are a great way to hear and select the perfect sound for your Mustang, allowing you to decide what sound is best for your car. There are a lot of components that influence the sound of your exhaust, but the piece that matters most is the mufflers you choose. Each brand has their own signature sound as well as a different style of chambering. These chambers are often filled with a dampening material to remove certain frequencies from your Mustang's exhaust.

Your headers and mid pipe also directly affect the sound of your exhaust note. If you are running an off-road mid pipe then keep in mind how much louder and possibly raspier the exhaust note may be. You'll also get a different sound out of an H-pipe (think more classic Mustang notes) versus an X-Pipe. Tuned length headers, long tubes, and shorties all have unique tones. Consider long tubes for a more dragster sound.

How Much Will A Mustang Catback Cost?

Typically, catback systems run between $450 and $1,200, depending on the brand and overall quality of the steel and structure. The most important step is figuring out how much money you are looking to spend on your new cat-back system. The type of muffler, quality of steel used, style of exhaust tip used, and the reputation of the brand are all things that affect the price of a unit. Decide which features mean the most to you.

Longevity is also an important facture. A stainless steel exhaust will tolerate the elements for longer than a simple uncoated steel system. If you decide on chrome tips, will you spend the additional cash to keep them looking pristine? A powder coated system (including muffler tips) is an excellent balance between longevity, style, and ease of maintenance. 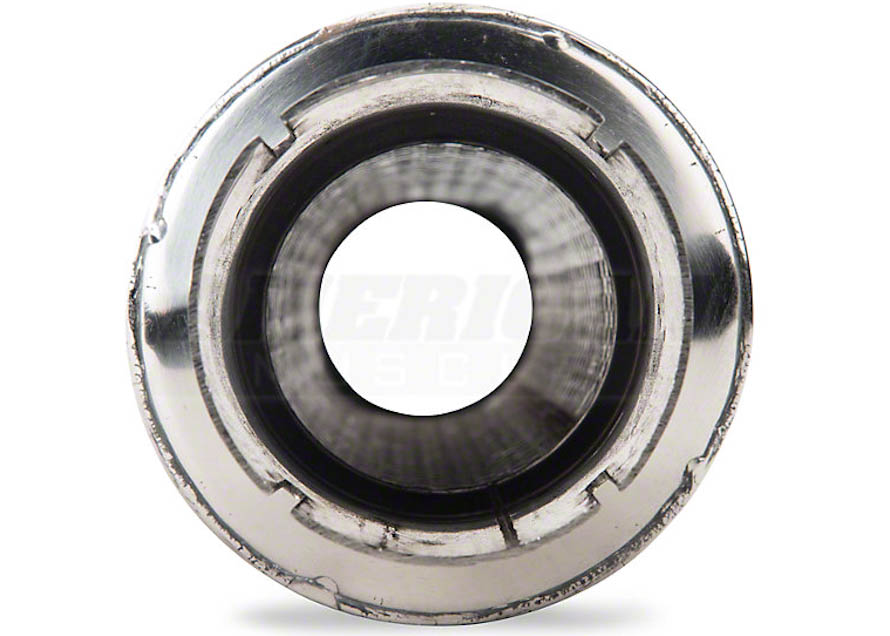 There are two different styles of mufflers available for your Mustang: There are chambered and straight-through mufflers—also known as resonators. What’s the difference? Chambered mufflers route the exhaust gas through a series of compartments or “chambers.” The more chambers there are inside the muffler, the quieter and mellower the exhaust note will be. Straight-through style mufflers route the exhaust gas straight through the center of the muffler which offers the loudest and most aggressive sound. Be prepared to announce your presence well before anyone sees you coming.