Most Popular in Mustang Suspension

One of the quickest and easiest ways to have your Mustang driving like it's on rails is by installing a shock or strut tower brace. A brace will install in less than an hour and you will instantly feel the results.

A strut tower brace with help stiffen the front suspension of your Mustang by providing added support to the strut towers, preventing flex during cornering. Here's an explanation of these braces from their benefits and uses to who should be using them and why. 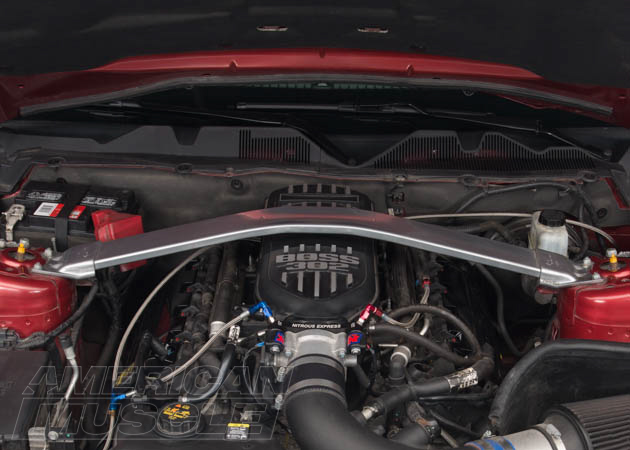 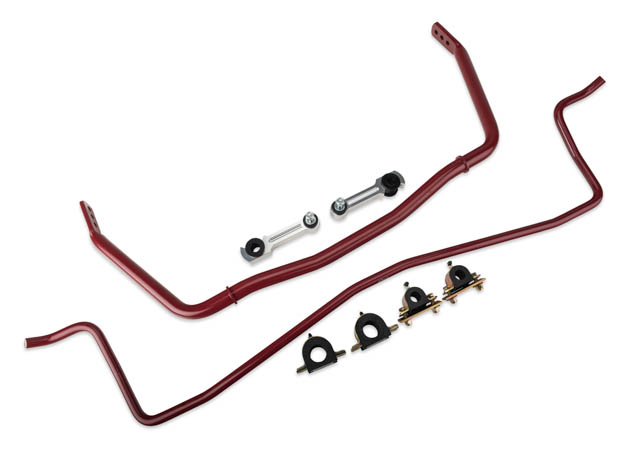 How does a Mustang Strut Tower Brace Work?

The front suspension of any Mustang is the MacPherson strut system. MacPherson struts are units that combine the coil spring with the strut, mounted in the strut tower. This design, implemented for years (tried and true), does have some drawbacks.

The main disadvantage is all vertical loads are transmitted to the top of the strut tower. In hard or high speed cornering, the force of the vehicle turning is transmitted into the strut tower, causing the strut tower and chassis to flex whereas the suspension should be doing all the work. This in turn sacrifices traction and will reduce the speed your Mustang can take through a particular corner. With the proper tools, you can even measure small changes in the relationship of the shock towers to one another when the vehicle is jacked up as opposed to resting on the ground.

By connecting the two strut towers via a rigid brace, the cornering loads on the inside strut tower will now disperse across both strut towers (as they are connected by the brace), resulting in less chassis flex and ultimately keeping the leading tire better planted and positioned. In a more civilized role, strut tower braces will greatly help with ‘cowl shake’, a condition often met when driving on bumpy or poorly paved roads, particularly prevalent with convertible Mustangs. Benefits for cruising and racing alike!

Different connectors may use either two, or four of the bolts on each shock tower. All four bolts provide more rigidity, but visiting the alignment shop afterward is a good idea, as removing all four bolts for installation can alter alignment. A rear shock tower brace is also a possibility if you don’t mind fussing with the interior.

Shock and strut tower braces are highly recommended if you autocross or drift your Mustang because of the rapid weight transfers you’ll have to perform. Keep in mind front shock tower braces will need to clear your plenum or supercharger (should you have one). Not all braces are created with this boost or aftermarket plenum covers in mind. Be sure to read up on the brace you're interested in before pulling the trigger.

A triangular brace will provide added stiffness to the front end, tying in the firewall with both strut towers. Older, pre 2005 Mustangs have an added need for this connection as their chassis tend to be less stiff from the factory and well tend to understeer more often than its S-197 counterpart.

Which Strut Tower Brace is Right for my Mustang?

Choosing a brace comes down to two things - performance needs and aesthetics. Again, those with pre-S197 Mustangs will definitely want to invest in a strut tower brace to work against the car's tendencies toward understeer. 2005 and newer Mustangs do not suffer from the same flexing issues but are still better off with a brace than without. Those who wish to race around road courses will also find added value in a strut brace as it can tie together a number of other front suspension mods and help keep the front of the car flat and planted firmly to the road. Combine this with a set of sticky and wide tires and you have a formula for cornering success every time. 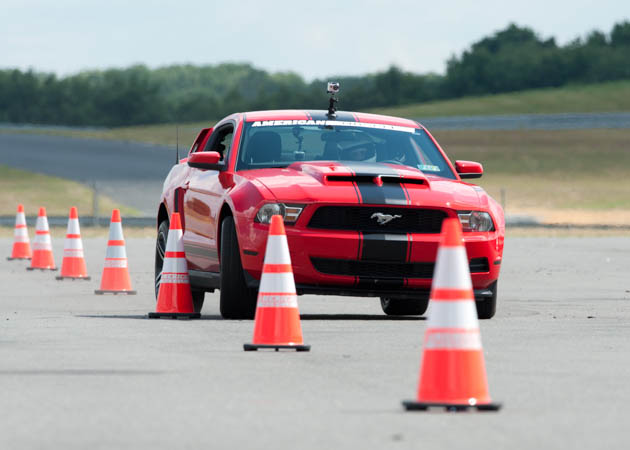 Are Strut Tower Braces Worth It For My Mustang?

All variables taken into consideration, yes, a strut tower brace is worth installing if you are looking to modify your Mustang. They will increase chassis rigidity amongst all models (and in particular, is necessary for convertibles), cornering ability and also reduce cowl shake.

They will definitely benefit course racers the most, but can even be worthwhile for city cruisers as well. The only guys that won’t see much use from a strut tower brace are hardcore drag strip guys. Recall that strut tower braces eliminate flex whilst turning. Drag cars don’t turn – in this case, they are just added weight.