Most Popular in Mustang Suspension Setups 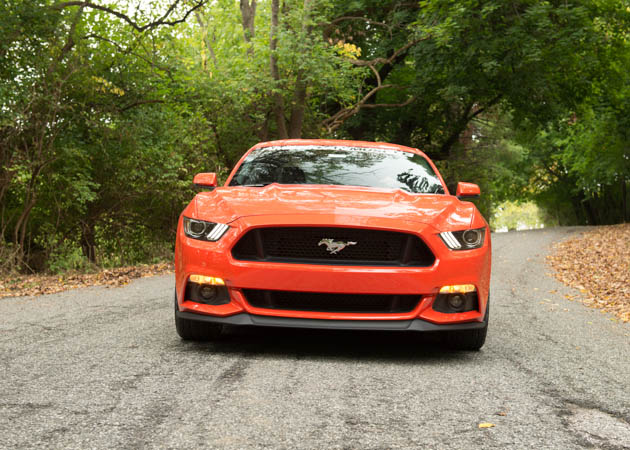 Depending on which generation Mustang you're driving, whether it is a new S550 or the tried and true fox body, horsepower and torque gets translated to the ground in different ways. The two types of suspension that we have on Mustangs are an independent rear suspension (IRS) or a solid rear axle (SRA).

Putting together a suspension system together can be tough, but getting an entire package makes it easier. A complimentary suspension can go far in perfecting your build.

Why Are We So Concerned About the Rear Suspension of the Mustang?

Well, the Mustang is what is called a Rear Wheel Drive (RWD) car. What that means is that the power goes from the engine, through the drivetrain into the rear axle of the car in order to produce momentum so we can travel on down the road. The two styles of suspension are vastly different, yet they both serve the same purpose. The job of the suspension is to maximize the grip of the tires on the road during cornering, acceleration, and braking while also providing a comfortable ride for the passengers. The Mustang has historically used a Solid Rear Axle (SRA) as its go to choice for its suspension. It wasn’t until recently that we began to see the shift to an Independent Rear Suspension (IRS) in some of the Mustangs (1999-2004 SVT Cobras) to a model wide shift with the brand new S550 platform. 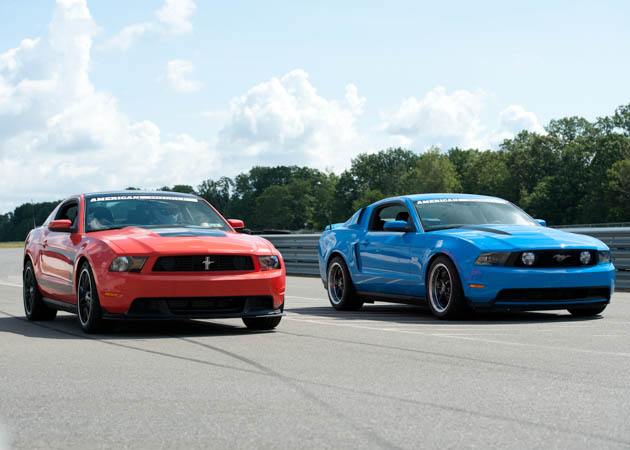 What is a Solid Rear Axle?

A Solid Rear Axle (SRA) is also commonly known as a Live Rear Axle or stick axle due its horizontal shape. A SRA consists of a few key parts:

That’s pretty much it. It is a very simple formula that has evolved over millennia starting with the very first carts and evolving into some of the most sophisticated and well-rounded setups like what you will see in the Boss 302 Laguna Seca’s. Even the “unsophisticated” SRA has gone through its evolutionary phases on the Mustang. On the 1964-1978 models the SRA used leaf springs in order to soak up the bumps caused by irregularities in the road surface. From 1979-2014 Ford switched over to a coil spring setup in order to create a better handling and softer riding vehicle. Being such a simple design the SRA is extremely cost effective to produce and can handle massive amounts of power before it starts to break. 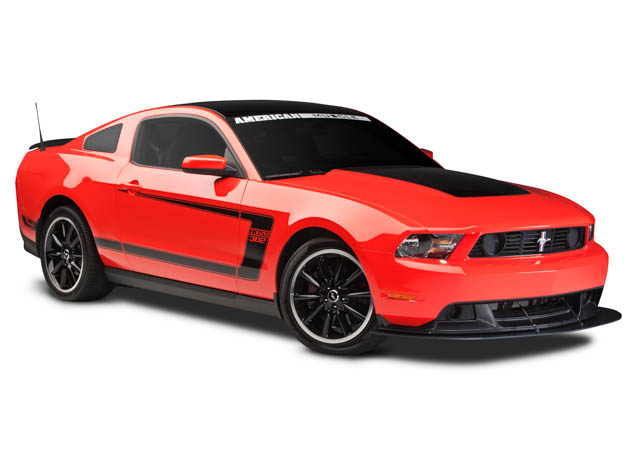 How Does a Solid Rear Axle Work?

SRA is a very simple design best described by grabbing the nearest pen or pencil. Now imagine that there are two tires on each end of the pencil; that's what an SRA is. There are 3 ways an SRA can move: a north-south motion (forward & backward), east-west motion (left & right), and an up and down motion. This is a problem because the only movement we want on our rear suspension is up and down.

Mustangs utilize what is known as a trailing control arm design. With this design the control arms prevent the forward and side to side motion of the axle. An SRA is excellent for a drag racing or track racing setup (think NASCAR oval style racing) because whatever motion happens to one wheel, the opposite motion happens to the other as the wheels are directly connected. When you launch the car the suspension loads and it drives the wheels down onto the track surface. Now both wheels are making full contact with the ground providing us with the largest contact patch (creating traction) and forward momentum. On these perfectly flat and even surfaces the merits of an SRA shine and make this seem like the best suspension setup. Unfortunately for us, we don’t drive on perfectly smooth surfaces. 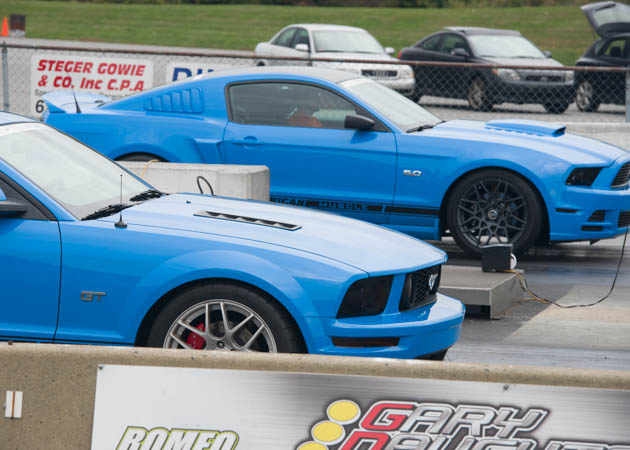 The Pitfalls of SRA

The real world is filled with potholes big enough to fit a Smart car as well as imperfections in road surfaces, manholes, sewer drains, and tight curves. This is where we see the downside of an SRA. When you hit a bump each wheel doesn’t move independently so as one wheel travels up or down the opposite wheel will move in the opposite direction. This minimizes your available traction. A good way to visualize this is to grab your pencil and put it flat on a desk or a table. The entire pencil is now sitting on the surface. Now go ahead and lift one side. What happens? As you lift one side there is less of the pencil still touching the table’s surface.

General handling with an SRA is also worse due to no possible camber adjustment and the camber angle remains at zero degrees. When you enter a turn, the weight of the car shifts to the opposite side and you have body roll. On an SRA car where the camber angle is fixed at zero that becomes a problem. When a car’s suspension has negative camber it puts the tires at a better angle to the road. When the car turns, the tires sidewalls have a tendency to want to fold on themselves. With zero degrees of camber the tire will want to lift off of the ground reducing the contact patch of the tire which has a negative effect on handling. An Independent Rear Suspension car (IRS) doesn’t have this issue because the tires move independently from one another. 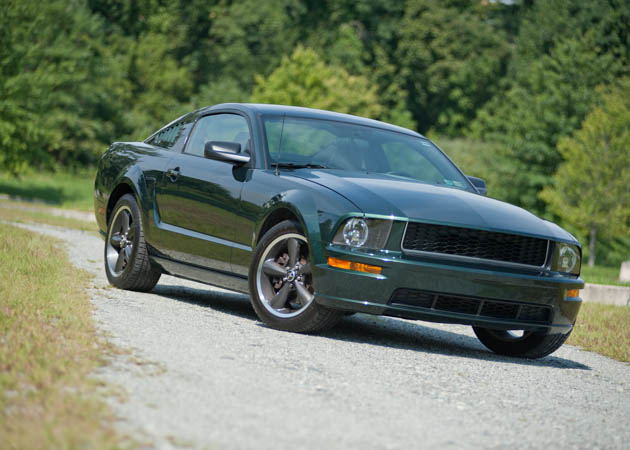 What is an Independent Rear Suspension?

The first entry of the IRS into a Mustang came in 1999 when SVT debuted the redesigned SVT Cobra (much to the chagrin of many Cobra owners). The IRS in the Cobra wasn’t necessarily a terrible design but it was very frail and you could easily break the halfshafts. This is one of the downsides of an IRS; it just isn’t as strong and it can’t hold as much power as a SRA can. 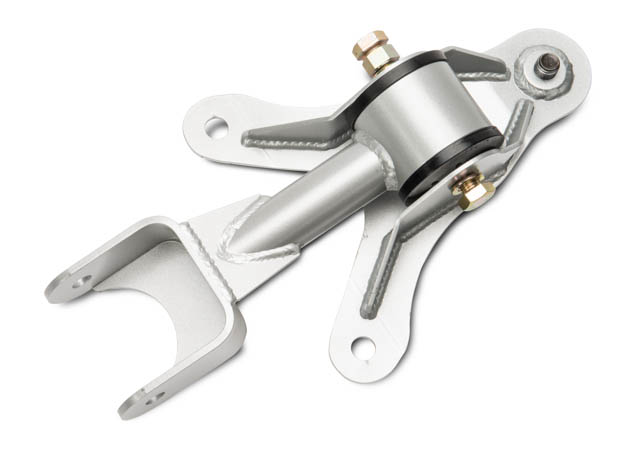 How does an Independent Rear Suspension Work?

The best way to imagine how an IRS works is to take your hands and put them out in front of you pretending they are the rear tires of a car. Now imagine you are driving down the road and your rear passenger tire hits a sewer drain. What's going to happen? On a SRA as the rear passenger tire goes down the rear drivers side tire would move up ever so slightly creating a smaller contact patch and thus less traction. Since the tires on an IRS are not connected and move independently from each other, the rear passenger tire goes down while your rear drivers side tire remains firmly on the road. This is the biggest positive of an IRS car. Because the tires move independently from one another, one tire always remains in constant contact with the road surface. If you remember what the job of the suspension is you will see why this is considered by many to be a superior suspension than a SRA. 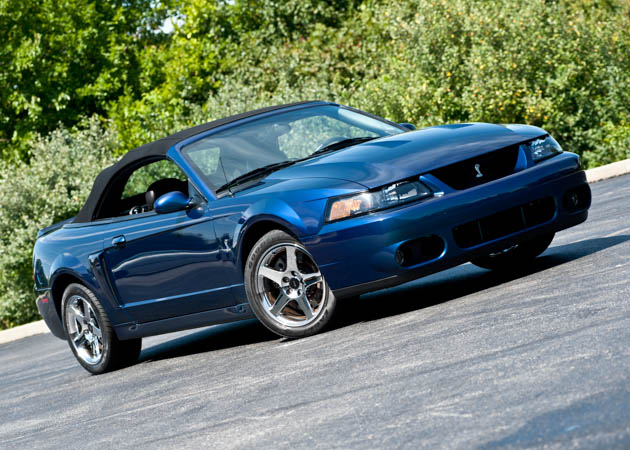 Bonuses to an IRS

IRS systems have very low unsprung weight (which is the mass of the suspension, wheels and whatever else is connected to them) compared to a SRA car which in turn makes better for handling. An IRS equipped car also keeps both tires on the road despite bumpy conditions for a further bonus in handling over an SRA.

On an IRS car you can adjust the camber on the rear suspension. If you remember our conversation earlier a SRA has zero degrees of camber adjustment while a IRS can have a positive or negative degree of adjustment. This is a good thing because negative camber will produce better traction while going through a corner than a car with positive or zero degrees of camber. 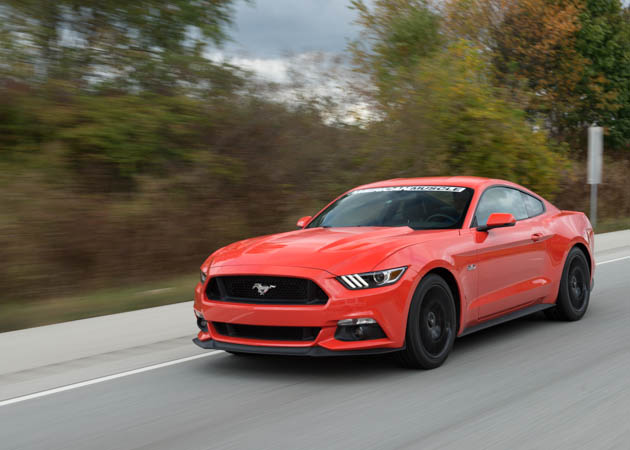 Enjoy Your Mustang Despite the Suspension You Have

Both the IRS and the SRA both do the same job though they go about it in different ways. Some would prefer the strength and great traction provided by the SRA when they launch their 500HP Mustang at the track while others would prefer the refined and smoother handling characteristics of their IRS car at their local road course or autocross event. That being said, you don’t have to have an IRS car to carve up the corners. Look at what Ford has done with the Laguna Seca and subsequently the Boss 302 R & S. You can make an SRA car handle beautifully with the right suspension choices. Same goes for an IRS car. Look at the most recent achievements made by Ford Racing with their Ecoboost 4, N/A GT, and S/C GT in the 12’s, 10’s and 9’s respectively. Next time you hop in your car, mash the gas pedal only to be rewarded by the sweet music of exhaust and screeching rubber you will now have an understanding of what is going on in the rear suspension. 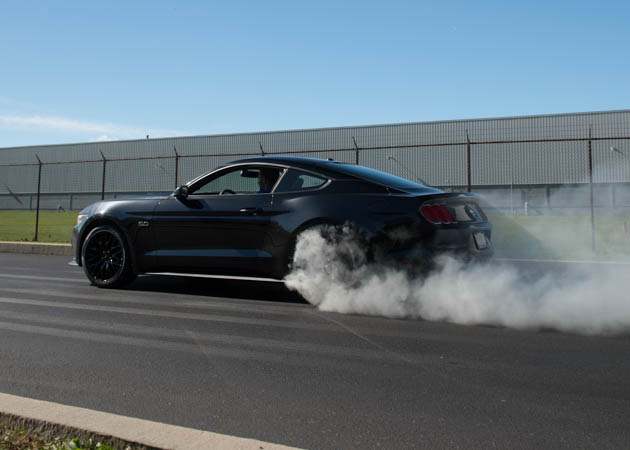 An independant rear suspension setup can indeed fit in a Mustang that was originally used for a solid rear axle. In fact, an IRS setup will bolt up to the body itself. There are modifications to be made, however. These things include items like re-running brake lines, making control arm bolt holes slightly larger, and adding rear brackets. Adding the rear brackets can include slight welding/fabrication but is a simple task for a basic welding shop. You'll also need to consider the pinion angle of the driveshaft as well as proper wheel clearance for the IRS subframe bolts, etc. The primary benefit of using an IRS vs an SRA is for road course operations. For drag purposes, the IRS is very weak and is susceptible to breaking.