Most Popular in Mustang Oil Separators

When Do I need to Upgrade my Mustang's Oil Pump Gears? 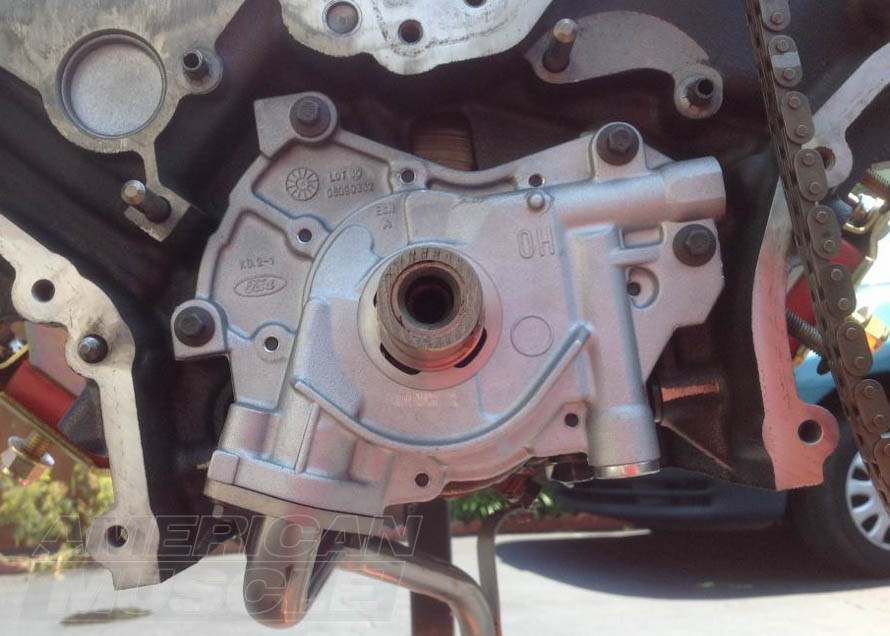 A mod that has become popular with high horsepower, high revving Mustangs is swapping out the factory oil pump gears for billet aftermarket ones. This guide will go over when and why you’d want to upgrade your Mustang’s oil pump gears and discuss the issue in depth.

Your engine's oil is the the equivalent of human blood. Keeping it all pumping properly is critical, and reducing sludge is made easy by installing an oil separator. Adding some extra life to your oil also adds life to your engine.

What Engines are Affected by Oil Pump Gear Failure?

While 3-valve and 4-valve 4.6 motors have seen some issues with oil pump gear failure, the 4-valve 5.0L coyote motor in 2011 Mustangs has been the main victim of OPG failure. Earlier model Mustangs were not as prone to this failure because it takes a lot of power and a high amount of revs to get them to break, something that wasn’t as easy to achieve as it has been with newer Mustangs.

As mentioned earlier, part of the problem of oil pump gear failure is from the engine having unbalanced harmonics from over revving. Before the coyote 5.0L motor came out and started dominating the competition, high revving Ford V8’s weren’t really a thing. The stock redline on a coyote motor is 7,000 RPM and 7,800 RPM on a Boss 302 Mustang; add in a supercharger to the equation and you have a recipe for OPG failure. 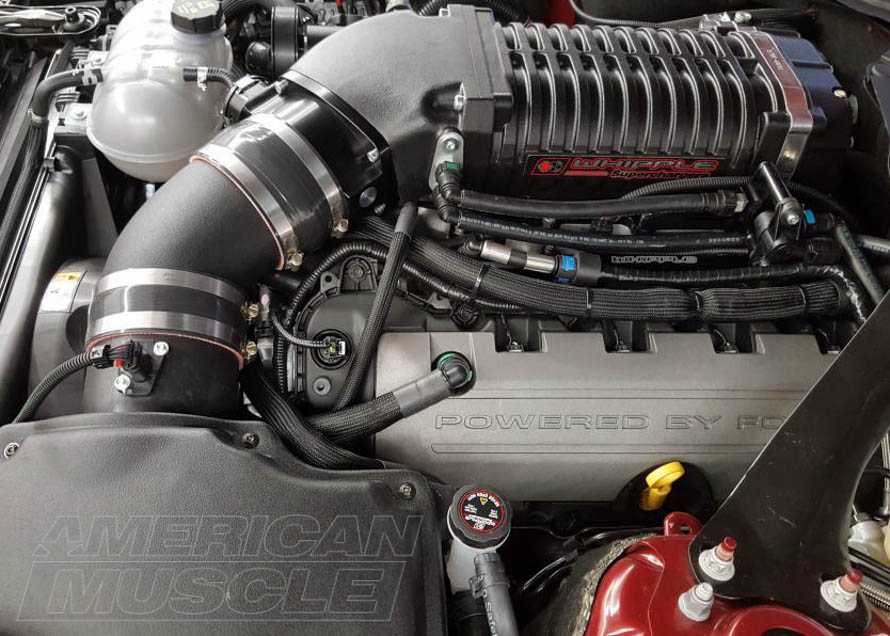 The Difference Between Stock and Aftermarket Mustang Oil Pump Gears

Stock Mustang oil pump gears are made from a brittle powdered metal which are fine in stock and mild bolt-on applications, but when pushed have trouble holding up with the added stress of drastically increased horsepower. Part of the reason the issue with oil pump gears was never discovered by Ford is because their factory stress-tests never pushed into the range of factors that would cause OPGs to fail; it wasn’t until the aftermarket got a hold of the Mustang until the issue became apparent.

Aftermarket Mustang oil pump gears are constructed from billet steel and CNC machined for a precise fit. When buying aftermarket oil pump gears, you’ll want to go with the more trusted, well-known brands available and not the shoddy, fly-by-night alternatives because they need to be expertly machined in order to hold up. 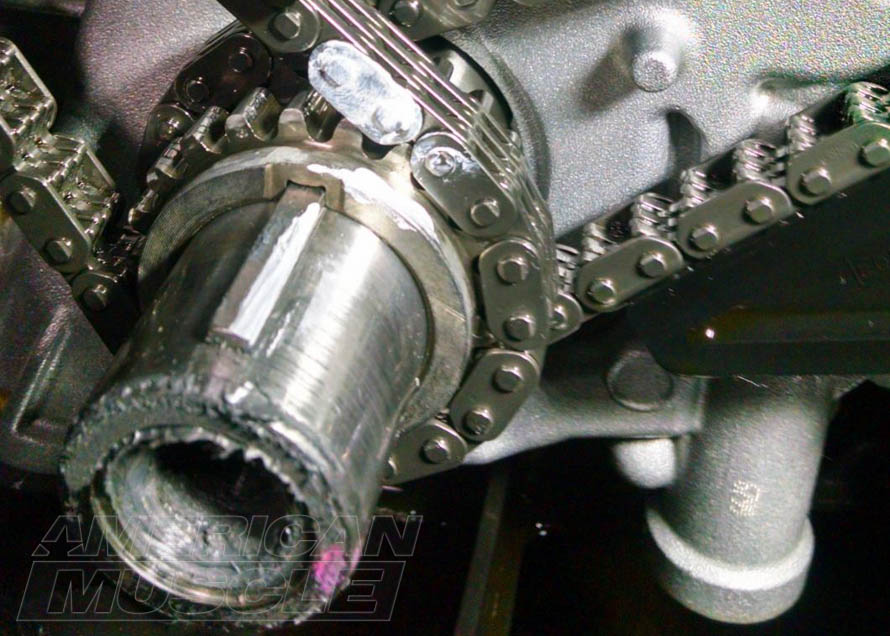 When Do I need to Add Oil Pump Gears to my Mustang?

You need to add oil pump gears to your Mustang when you:

If you are doing a mild bolt-on build, meaning an exhaust, intake, tune, etc, then you will not need oil pump gears. However, if you are adding a supercharger, shooting for over 600 RWHP, or adding a bunch of mods like camshafts, intake manifolds, cylinder heads, etc. than you will want to add OPG's to your Mustang to avoid damaging the engine from the added power and increased engine revving. 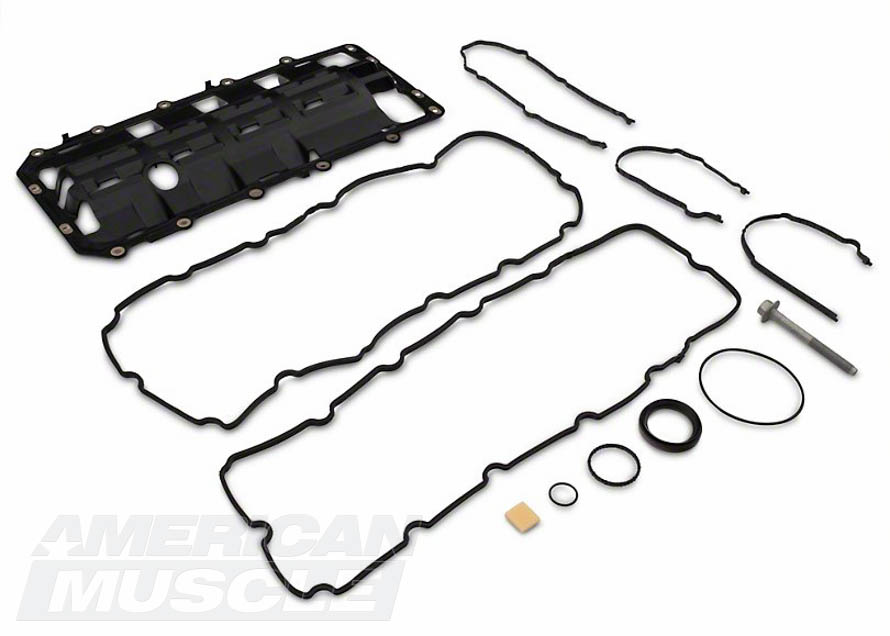 You might ask why bother. As we know, oil is extremely important to the operation, performance, and lifespan of your engine. Without fresh, clean oil, the engine will suffer in all of these aspects and more. It’s not like the oil stays good all the way to a set point and suddenly goes bad. Its condition will increasingly deteriorate until it is pretty much useless.

As the condition of the oil deteriorates, the engine’s performance will increasingly deteriorate along with it. When you spend the time and money building up your Mustang’s engine, the oil is going to begin taking more and more of a beating and will need to be changed more often than if it were stock. By increasing the oil capacity you will prolong the life of the oil and keep the engine running at its best for a longer period of time.

Windage trays are a device that runs from side to side within the oil pan itself. Some S550 Mustangs already come with a windage tray depending on your engine package. They can be purchased on their own, however. A windage tray seems very simple in design, but serves a massively important purpose in engines like what you would find in today’s Mustangs.

Unlike the old days, modern Ford engines aren’t designed to perform with low-end torque dominating the quarter-mile. Instead, a lot of time is going to be spent at high RPMs, and the red line is much further than the engines of the glory days. So what does this mean for the engine’s oil supply? If you were to look at an engine without an oil pan you would see the crankshaft has counterweights that come in direct contact with the oil supply.

This is a bit on the technical side, and unless it’s done right, the engine’s performance can suffer. It’s also not the perfect solution. A windage tray acts to separate as much of the oil supply as possible from the contacted area and therefore unaffected oil can be drawn through the engine. The more stable the oil is, the more consistently the engine can perform. This is especially important at high RPM.

Benefits of a Windage Tray