Most Popular in Mustang Ignition Parts

What is a Mustang’s TFI Module?

Keep your Mustang fired up with regular and high performance ignition components from AmericanMuscle. Whether its a daily, street warrior or track machine, all mustang need ignition parts and we have them all, from A to Z.

Everything you ever wanted to know about your Ford Mustang's TFI Module, including what a TFI module even is and the history behind this key ignition component. 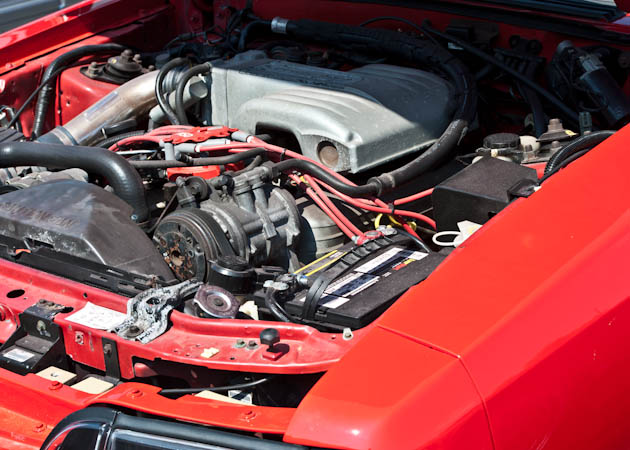 What Does a TFI Do?

the purpose of a TFI module is to control the spark output of the ignition system. A signal is sent from the TFI to the ECU, where the ECU processes the received signal and correspondingly outputs the correct spark control for engine timing (advance/retard).

TFI stands for thick film ignition, or thick film integrated ignition (TFI-IV, in conjunction with EEC-IV). It is a small grey plastic module that houses solid-state electronic parts, all of which are suspended in a thick translucent, electrolytic (meaning it is conductive) film. The Thick Film Integrated Ignition (TFI-IV) name is proprietary to Ford. Others may know it referred to as a "spark module."

Back when Ford was using their EEC-IV engine control unit, it was coupled with a special ‘TFI’ module designed to control spark output via information attained from the EEC-IV control unit. Ford implemented this system in pretty much all of their production cars ranging from 1983-1995. For the Mustang, EEC-IV was introduced in 1984 and was used all the way up until the 1995 model (actual usage in Mustangs was from 1984-1994, so 10 years). 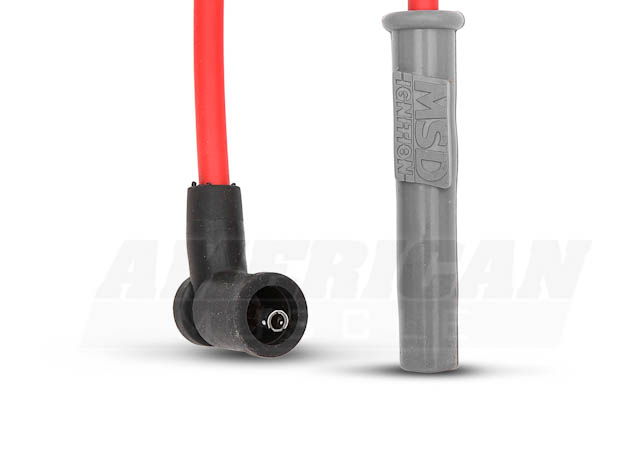 Where is the Mustang's TFI Located?

From the factory, TFI’s are mounted directly onto the top half of the distributor. They are immediately visible and easy to access. Look for a small grey box mounted transversely on the left side or towards the front of the distributor. You’ll also notice a large grey clip-on harness attached to it. If you are unable to find it there, then the TFI has been relocated elsewhere. This is common as TFI modules often fail in their stock location due to the heat they are exposed to (essentially, they get baked!). Here are some relocation ideas for the TFI module:

These are common relocation places, as the TFI will be introduced to better airflow and cooler ambient temperatures. 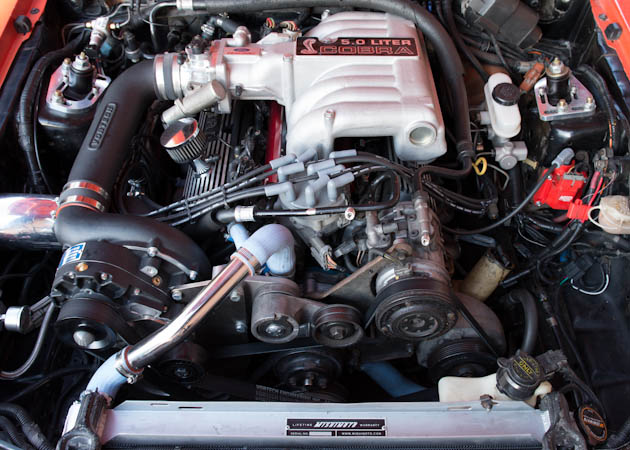 As mentioned above, TFI modules are notorious for failing because of their placement from the factory. As they are right on top of the distributor, they are in a prime location to absorb much of the heat that is emanating off the distributor itself and the engine as well. They simply get too hot and fry the internals. When they fail, it is very obvious; as the car will seize to run, nor will it start, as the TFI is an integral part of the ignition system and the system will not function without a working TFI. Furthermore, TFI’s fail without warning. They either work, or they don’t. There isn’t an in-between. You can do a visual inspection for cracks in the housing, around the mounting holes or film seepage. If any of these are present, it is time to replace the TFI (in fact, you’d be lucky to find any of those symptoms and still have your Mustang running!). In the event of your Pony stops running or won’t start, don’t forget to check the TFI, it could be the cause. For best results, have it bench tested by your local autoparts store. 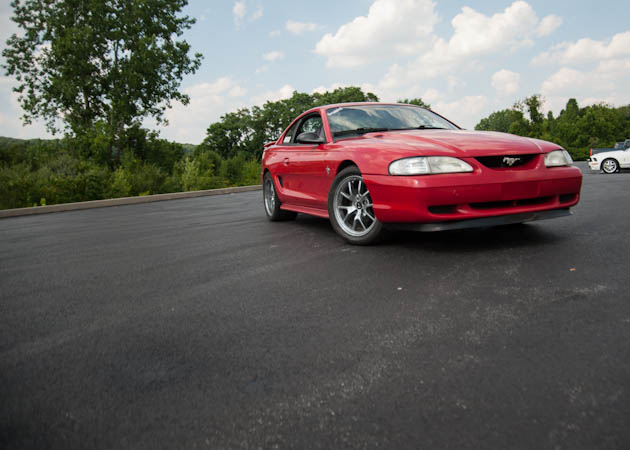 In the event that your TFI module needs to be replaced  - don’t worry. It is a very easy and cheap to do. As mentioned, the stock TFI location is on the distributor. Some owners report needing to use a special tool to remove it (the screw has a special head), whilst others say all that was needed was a Torx bit. Replacement units cost in the neighborhood of $50.

If you wish to mitigate the possibility of the new TFI overheating, consider relocating it elsewhere. As mentioned, popular spots are near the air filter, or onto the radiator support. It is entirely possible to make your own mounting hardware, or there are premade kits available that consist of the mounting hardware, a harness extender and a heat sink. 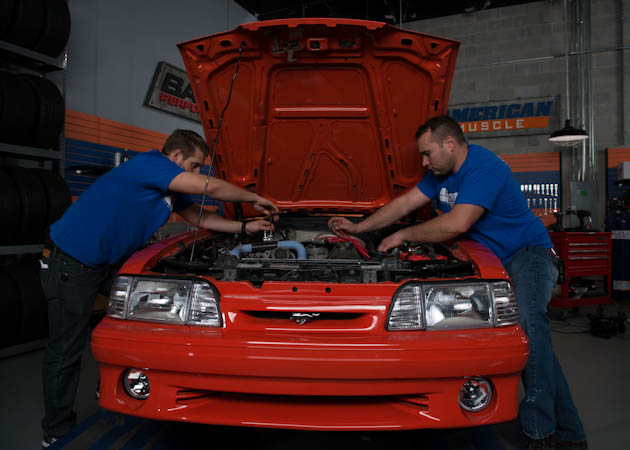