What is Drifting & How to Build a Drift-Stang

There are numerous parts of the drifting Mustang, but the suspension is going to be your first stop. Power is all fine and good if you can handle it. Starting small, and getting used to low speed drifts with a proper suspension will setup you up for success down the road.

The Mustang is an American Icon. The boastful design and beastly power plant make it a go-to platform for many forms of auto racing. Mustangs in the racing world will almost always be done up for drag racing. Autocross and track cars are also commonly made of Mustangs. This comes as no surprise as many American Muscle cars are go-to platforms for these types of racing. What may come as a surprise to many is the use of Mustangs for drifting. This is likely because domestic American cars aren’t typically associated with this sport, but Mustangs actually make a decent vehicle of choice for this type of racing. 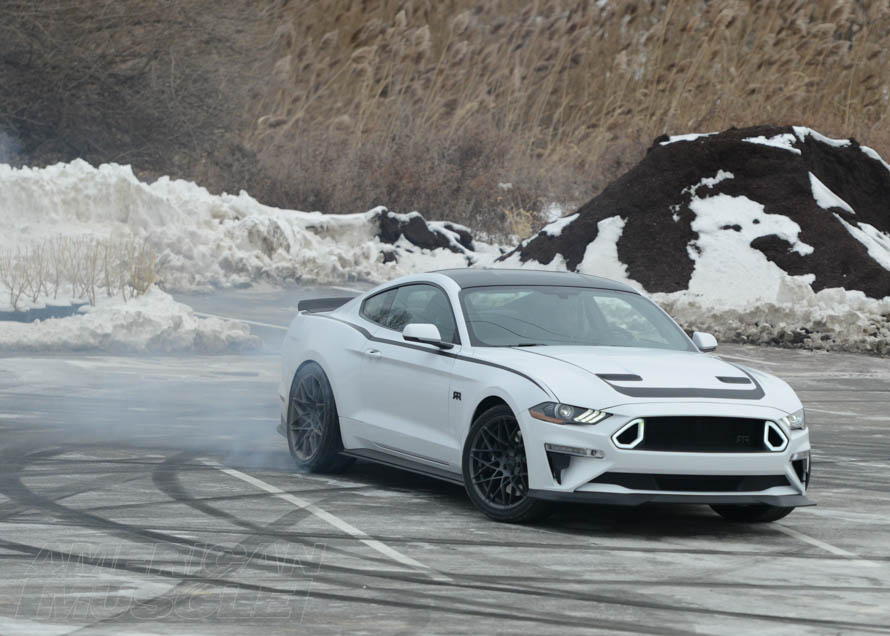 Racing cars are often set up in an effort to maintain as much traction as possible. Drifting is a high speed sport, but the concept of drifting surrounds throwing the car into a corner with the intention to break traction and sliding the car through the corners.

This sport was made popular by Japan in the 1970s and this is part of the reason Japanese cars primarily dominate the sport.

There is a lot of debate about whether Japanese or American cars are better for drifting. Many would cast out muscle cars as a possible choice for drifting entirely, but this isn’t exactly fair.

Drift cars of choice are commonly powerful rear wheel drive platforms. Mustangs are exactly that and this platform makes it easier to break traction of the rear tires while trying to achieve a drift.

You can’t just take a Mustang to a drift event and expect it to perform well. You will want to make some modifications specific to this application regardless of how great the vehicle is in stock form.

Differential: Breaking traction is the goal in drifting so a welded or locked differential is the best choice for the track. For dual purpose vehicles that will also be driven on the street, 2-Way, or locking differentials are the best possible choice.

Tires: Having the right tires are necessary for a well set up drift car. There are tires specifically designed for this sport. To get the best results you will want to pick up a set of drift tires for your sessions on the track. Dunlop and Falken are excellent choices for Mustang owners.

Lowering/Suspension Mod: You want to set your Mustang up to be as predictable and stable as possible for the sport of drifting. Stiff suspension and a lower center of gravity will always improve control over the car and this will be necessary for drifting properly.

Power Up: Professional drift cars use insane amounts of power to aid with drifting. With a Mustang, you have plenty of power to work with to start, but as you push your skills further you will eventually want to increase the amount of power as you would with any racing.

Drifting is a lot harder than it looks. Mustang owners know all about kicking out the rear end of the car and doing fishtails. This is a fun practice, but drifting is about a lot more than simply hammering the throttle.

Kicking Out the Back End: Initiating a drift surrounds the concept of kicking out the rear end of the car. Whether it’s done by power or braking, you need to understand this as you begin to approach this act. You will also need to approach the corner at the right angle, the right speed, and in the right gear in order to pull the drift off properly. Many suggest practicing at a speed of 30mph in second gear.

Clutch Kicking:  One of the preferred methods of initiating a drift is called clutch kicking. The idea behind this method is to shock the tires with a load of power to break traction. You depress the clutch and rev the engine to the redline then you drop the clutch and shoot all that power right to the rear wheels. This instant power will break traction and begin the drift.

Hand Braking: Using the rear hand brake is the mode of initiating a drift most people are familiar with. This method is effective but isn’t as preferred as clutch kicking. This method is used to lock up the rear tires to initiate the skid. Once the rear end kicks out you will need to hammer on the throttle to keep the drift going.

Drifting isn’t as fast paced as other forms of racing but needs to be taken seriously. The concept of drifting is to throw a car into a low traction scenario intentionally and this can become very dangerous if it isn’t practiced safely.

Track Use: A designated track is the safest place to practice drifting. Even without other drivers present, it can still be quite dangerous.

Confidence is key and you need to follow your instincts. If you don’t hit a corner just right or get too throttle happy at the wrong time you can easily wind up injured.

Take your time when practicing this sport. Don’t try to keep up with more experienced drivers and keep a clear mind on the track.

Safety: The street is no place to practice drifting. Race tracks are specially groomed and tailored for this sport.

You may be tempted to show off your new passion with your car friends but this is a mistake when off the track. There are many unpredictable factors and plenty of innocent lives at stake.