What is Methanol Injection & How Does it Work on a Mustang? 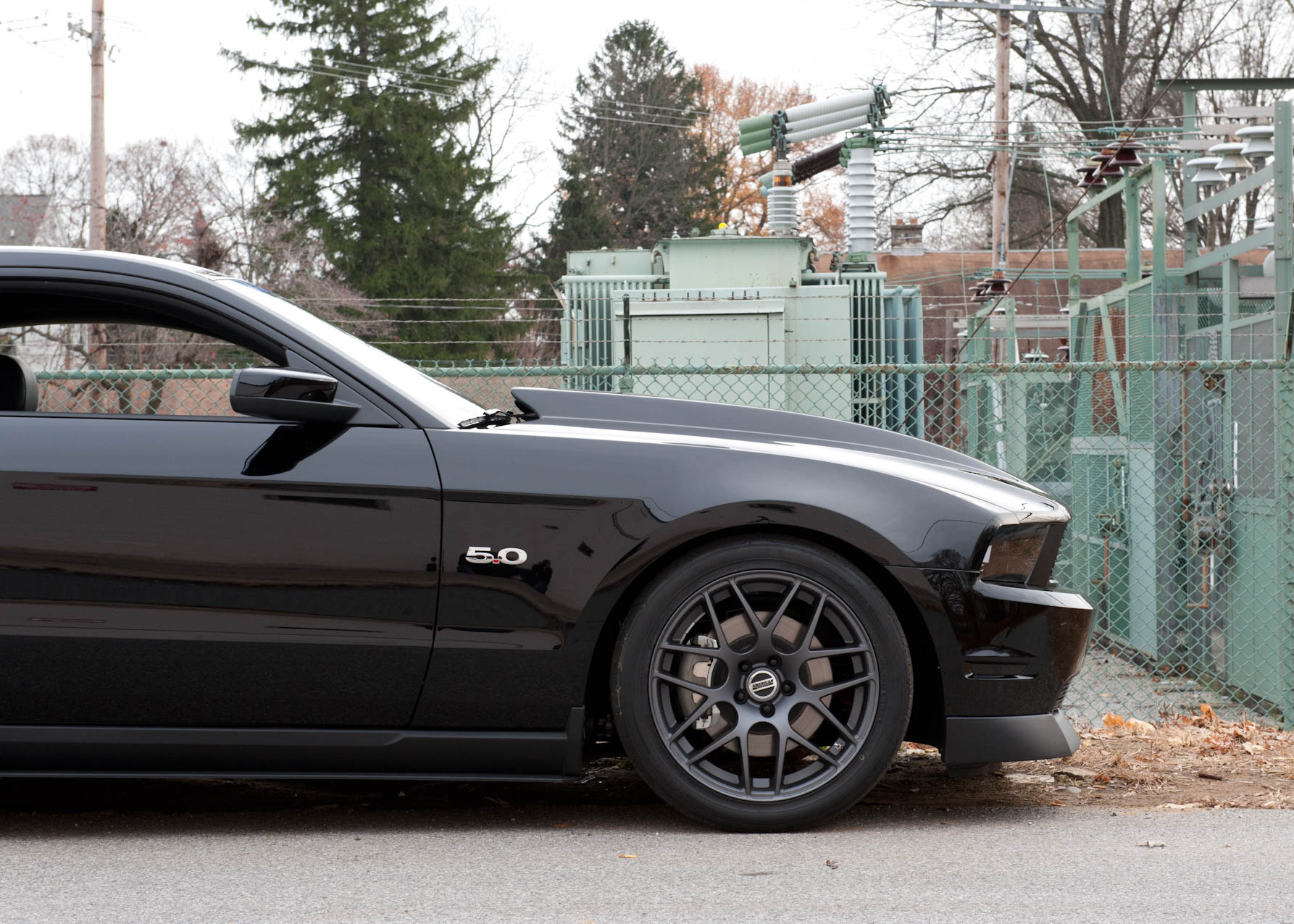 Methanol injection was originally deployed in war planes (circa World War II) to briefly increase power during take-off, particularly on aircraft carriers where runway length is very limited. No longer reserved for the war birds of old, methanol injection is a great way of increasing power and controlling detonation on a supercharged or turbocharged Mustang.

If you're considering a methanol injection system, odds are your Mustang is heavily modified or it soon will be. With turbo and supercharger kits widely available, don't hesitate to browse.

What is a Methanol Injection System?

In a nutshell, a methanol injection system (technically it is a ‘water-methanol’ system, but the aftermarket has shortened it to simply ‘methanol’) is a mechanical system installed on your Mustang to inject a water and methanol (methyl alcohol) mixture into the intake manifold. The system is comprised of a reservoir to hold the methanol, a pump, nozzle, and a digital controller to oversee delivery. The injected liquid is a mixture of water (yes, water) and methanol. These systems are typically installed on forced induction Mustangs, meaning Mustangs with a supercharger or turbocharger. Due to the forced induction, supercharger or turbocharger equipped Mustangs see higher air temperatures and cylinder pressures and thereby face greater risk of detonation versus a regular naturally aspirated motor.

What are the Advantages of Methanol Injection?

There are two primary advantages of methanol injection. The first is that methanol injection lowers air charge temperatures by a considerable amount – up to 100 F. Secondly, methanol injection reduces the risk of detonation, which can be an engine killer. The combination of these two advantages can allow you to safely increase timing and boost on your engine and make more power! There is another, less talked about advantage as well. Even though you are injecting water into the engine, it is vaporized immediately into steam. This steam then acts like a cleaner and steam cleans the cylinder chamber and piston top. Furthermore, this steam also pushes down on the piston (like a steam engine), adding more energy to the power stroke and consequently delivering a little bit more horsepower. Methanol also has a tendency to absorb heat out of the air. Something known as “latent heat of vaporization.” The water also absorbs heat and provides a further cooling effect as the fine mist of water/methanol mix is pumped into the engine. The cooler, denser intake charge reduces the chances of detonation, as the high-octane methanol boosts power. In summary: 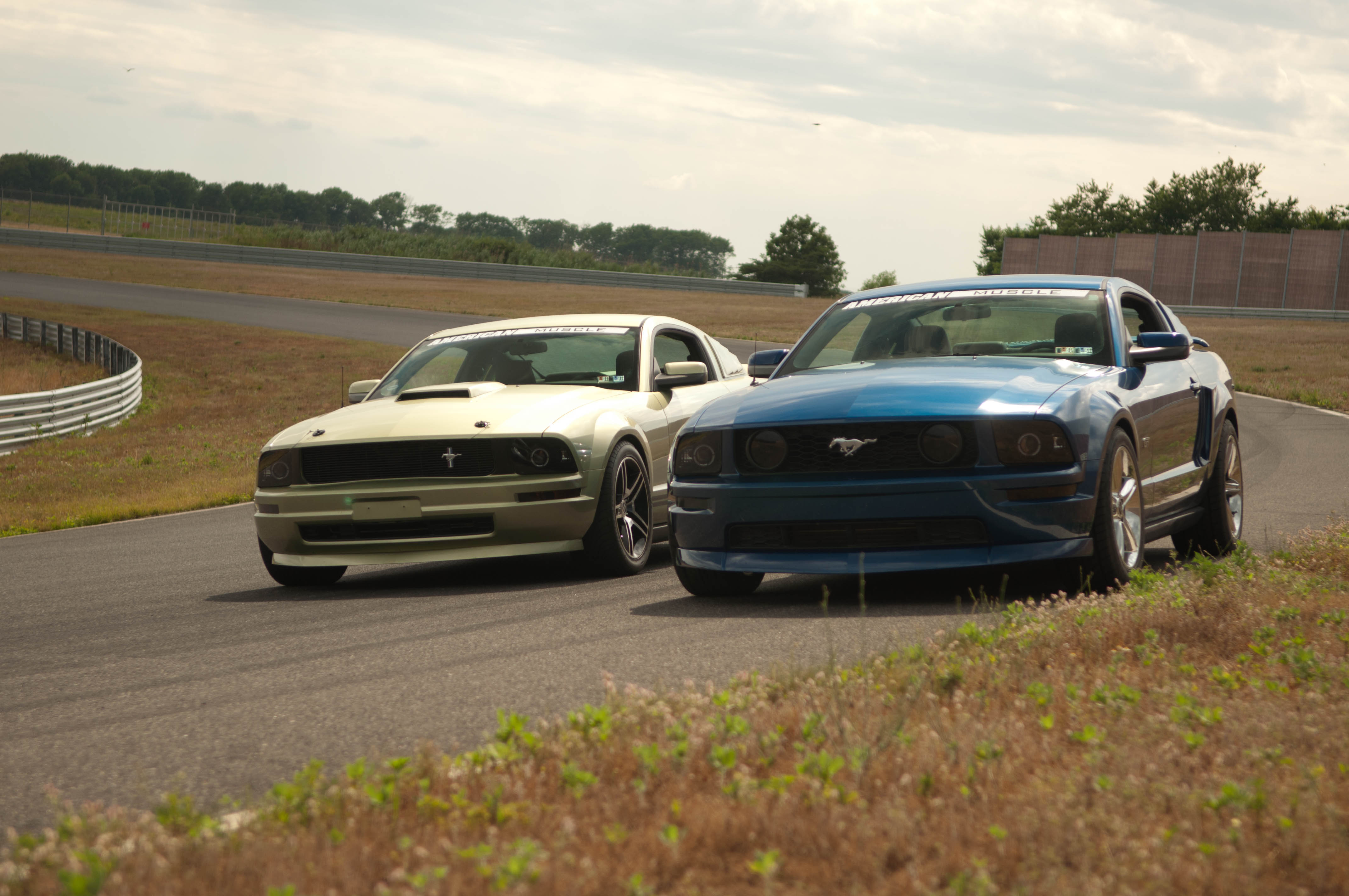 How Does it Work?

As mentioned previously, the basis of the system is to inject methanol via a nozzle into the intake manifold. The spray from the nozzle is so greatly atomized (a very, very fine spray pattern) that the methanol vaporizes nearly immediately. When the mixture goes from a liquid to a gas it undergoes what is called an endothermic transformation, where it absorbs heat from the surrounding air, decreasing the air temperature by as much as 100 F. With the air now cooler, it also makes the oxygen denser, meaning more oxygen will be entering each cylinder. With more oxygen present, more fuel can be added too for more power. Furthermore, this cooler air charge will slow down the combustion rate, decreasing the chance of encountering detonation. With cooler air temps, less cylinder pressure and detonation unlikely, we can further increase the timing and boost of our forced induction Mustangs! That’s not all; it gets better. All of this can be in effect whilst still running pump gas.

A meth system typically has a reservoir to hold your fluid of choice, a pump to move the fluid to the nozzle or nozzles, and a controller system. The controller system in some kits, like the Snow Performance kits, allows you command when the meth injection begins and how much of the mixture to spray at a given injector duty cycle or boost level. This works by tapping into a fuel injector wiring harness, or by t-ing off your boost gauge. The boost setting is not used for a naturally aspirated engine, and the system will rely only on injector duty. By setting the system to come on at minimum threshold boost or injector duty percentages, you prevent damage to your engine. Spraying methanol at low RPM can cause engine quench, which cools the intake charge down so much that it prevents it from burning.

Water in My Engine, Are You Crazy?

It sounds crazy, but in fact, there is no inherent danger to your engine from running a proper methanol injection system. The water content will never be in sufficient quantities nor in liquid form for a lengthy enough period to harm or corrode your Mustang. Recall the spray pattern via the injection nozzle is so atomized vaporization is nearly instant. Combusted then turns it to steam which all exits on the exhaust stroke- no wet residue left behind. 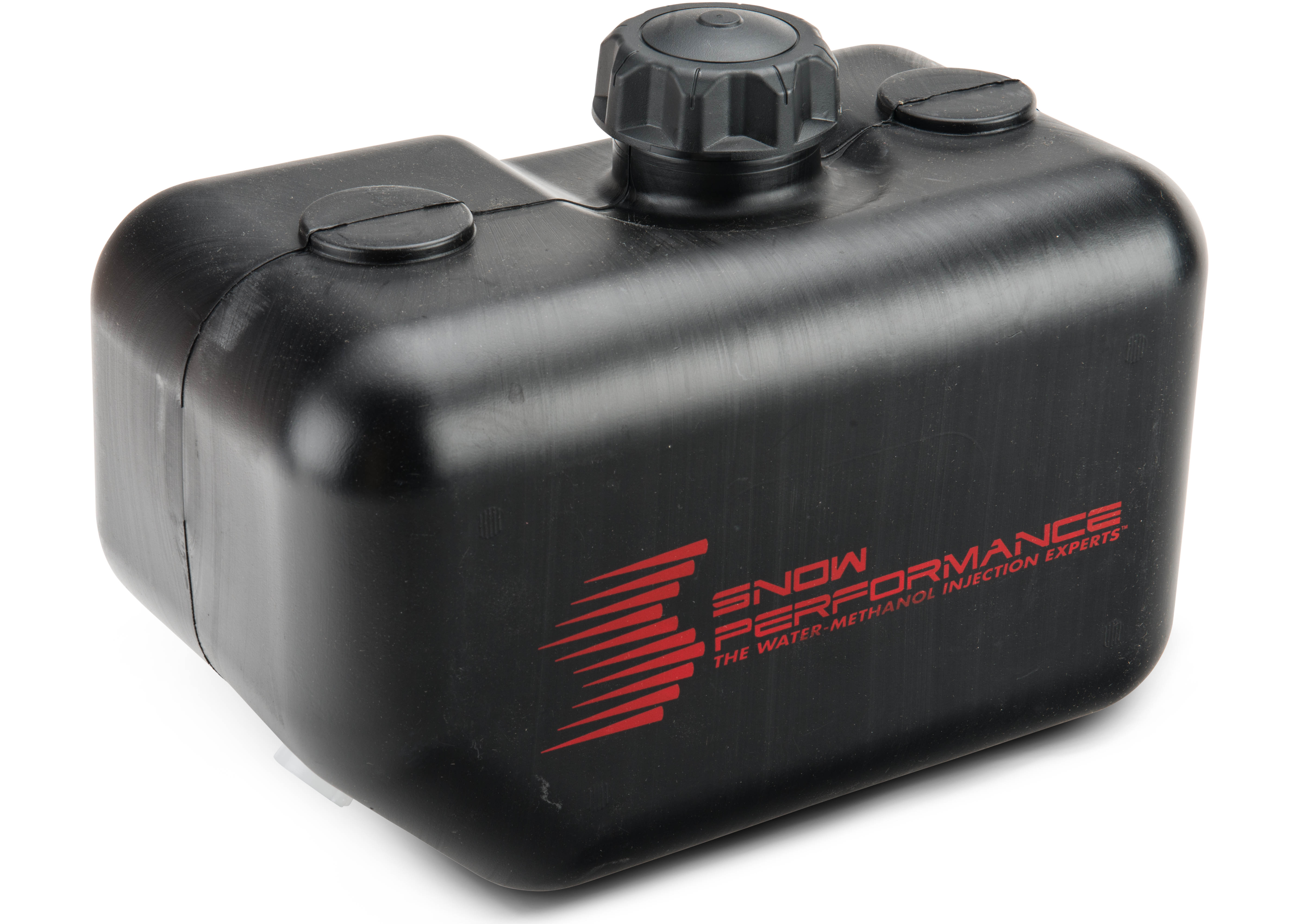 Should I Install a Water-Methanol System on my Mustang?

For a naturally aspirated engine, there isn’t enough of a benefit to warrant installing a methanol injection system. However, if your Mustang is supercharged or turbocharged or you plan on doing so in the near future, a methanol injection system is a great idea. By no means is it absolutely necessary, but lowered intake charge temps as well as a reduced risk of detonation is not only good for performance gains, but for ease of mind as well.

What Ratio of Water-to-Methanol is Recommended?

A 50/50 ratio is recommended, although ratios of anywhere from 30 percent to 50 percent methanol work well and deliver excellent octane gains and cooling. The 50/50 ratio has been demonstrated to be the best for charge/air cooling, excellent detonation control, and safety. It should be noted methanol is easy to ignite and burns with a nearly invisible flame. For that reason, any ratio that far exceeds the recommended 50/50 ratio can be hazardous.

Where Can I Get Fluid For My System and How Often Do I Need to Top Off?

Methanol injection kit manufacturers make and sell their own blends of meth and water. They use very clean methanol and water to give you the best possible performance from their systems. With that performance comes a price though, and methanol/water blends are typically more expensive than other fluids that are available for use. One of the more common fluids used for meth injection is plain old windshield washer fluid. People use it because it’s cheap and readily available. The only downside is that it will not perform as well as meth, but its great for the weekend warrior or daily driver looking for a little extra kick.You should only use blue washer solvent rated for -20º and with no additives. Different color washer solvents with additives can damage the system or your engine. Depending on how frequently your system is in use, you may need to refill the reservoir with each fill up of your gas tank. Its a good idea to keep an eye on the fluid level at all times. Some people choose to install a low fluid level switch which will warn you when the fluid level gets too low.