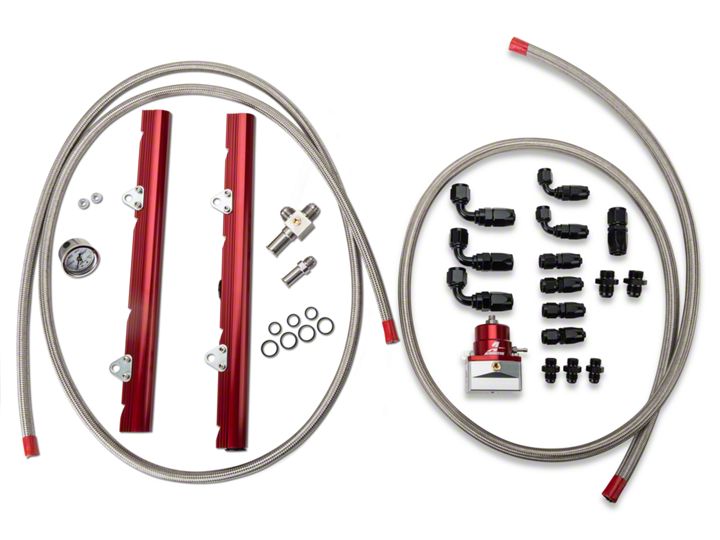 Installation of this product requires detailed knowledge of automotive systems and repair procedures. We recommend that this installation be carried out by a qualified automotive technician.

Installation of this product requires handling of gasoline. Ensure you are working in a well ventilated area with an approved fire extinguisher nearby. Extinguish all open flames, prohibit smoking and eliminate all sources of ignition in the area of the vehicle before proceeding with the installation.

When installing this product, wear eye goggles and other safety apparel as needed to protect yourself from debris and sprayed gasoline.

Aeromotive system components are not legal for sale or use on emission controlled motor vehicles.

The following steps are typical of most installations:

1. Once the engine has been allowed to cool, disconnect the negative battery cable and relieve fuel system pressure, referring to the appropriate vehicle service manual for the procedure on doing so.

2. Remove the air intake ducting from the throttle body and position it out of the way.

3. Note the location of and remove any vacuum lines connected to the upper intake manifold and position them out of the way.

4. Remove the throttle cable from the throttle body; referring to the appropriate vehicle service manual for the procedure for doing so.

5. Unplug the TPS sensor, which is typically located on top of the throttle body.

6. Remove the nameplate on the top of the upper intake manifold by removing 4 screws.

7. Remove the upper intake manifold bolts (Typically there are 6 of them).

8. Gently remove the upper intake from the engine. Place clean shop towels into or tape up the lower intake ports to prevent any material from entering the intake.

9. Carefully clean the old gasket material from both manifolds, while preventing any debris from entering the intake manifold ports.

10. Check for any dirt or debris around the fuel injectors. If any is evident, wash it off with some solvent parts cleaner or wipe it off with a clean shop towel.

11. Disconnect the electrical connector at each injector, making note of the location of each.

12. Disconnect both the supply and return fuel lines from the OEM fuel rails. These lines are attached by a special quick disconnect fitting which requires a special tool for removal. Place clean shop towels around the open fuel lines to catch any gasoline that may drip out and to prevent any dirt from entering the fuel lines.

13. Remove the vacuum line from the fuel pressure regulator.

14. Remove the bolts that attach the fuel rail to the lower intake (Typically there are 4 of them).

15. Place clean shop towels around the injectors to catch any gasoline that may be spilled during their removal. Remove the injectors from the manifold by gently pulling upward on the fuel rail / injector assembly. Keep all injectors connected to the fuel rails. If an injector does pull out of the fuel rail, it may spill a large amount of fuel.

Failure to satisfy all safety considerations will result in fire, explosion, injury and/or loss of life to yourself and/or others.

16. Carefully remove the fuel injectors from the OEM fuel rail.

17. Remove the old o-rings from the fuel injectors, inspect the injectors for any dirt or debris and clean if needed. It is suggested that the old o-rings be replaced, contact your local parts store or dealer to purchase the correct replacement o-rings.

18. Carefully install the new fuel injector o-rings on the injectors

When installing o-rings it is important to place a small amount of light oil on both the o-ring and the mating surface to ease installation and prevent damaging the o-ring.

19. Place a thin coat of light oil in the fuel rail fuel injector bores and in the lower intake manifold injector bores to help prevent cutting the o-rings during installation.

22. Install the passenger side fuel rail, being careful not to cut any of the o-rings during installation (This fuel rail does not require any spacers between the fuel rail bracket and the lower intake).

24. Find suitable place in the vehicle’s engine compartment to mount the Aeromotive regulator, typically on the passenger side inner fender or shock tower. Using the supplied mounting bracket as a template, mark the bracket mounting holes and drill to accept a #10 screw.

25. With the bracket attached to the regulator, mount the bracket and regulator to the vehicle using two #10 screws, nuts and lock washers. 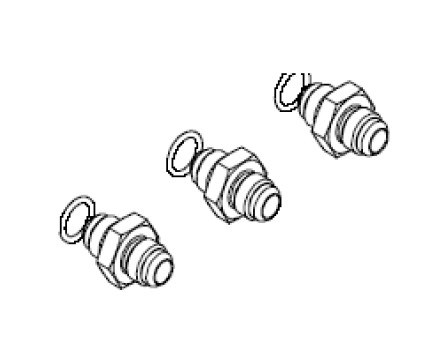 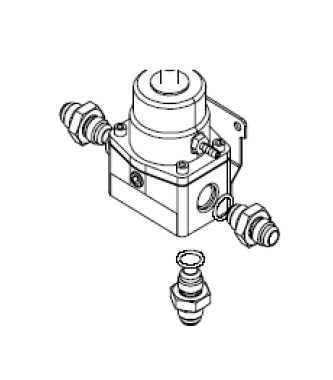 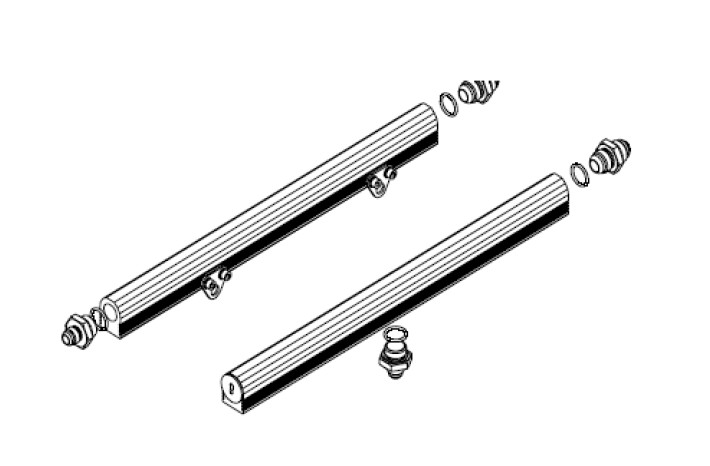 Please note if installing a high performance fuel pump, (Similar to Aeromotive P/N 111-01-BF) the OEM return line will be too restrictive to handle the volume of fuel that these pumps are capable of pumping. To prevent loosing lower pressure adjustablity of your regulator it will be necessary to replace the OEM return line with a 3/8” ID (AN-06) return line in these cases.

33. This kit contains one AN-06 straight hose end which will connect to the OEM fuel line adapter fitting and one AN-06 90 degree hose end, to connect to the AN-06 port fitting in the bottom of the fuel pressure regulator. With these fittings in place, measure the length of fuel line needed. See section titled Hose and Fitting Assembly for fuel line assembly instructions. Once the hose is assembled, ensure there is no debris in the hose and install it.

34. A typical application looks similar to the picture shown below.

35. Connect one AN-06 straight hose end to each of the two ports on the fuel pressure regulator. Connect one AN-06 90-degree hose end to each of the ORB-08 to AN-06 reducer fittings in the fuel rails. Plan a route for each of the two lines between the fuel pressure regulator and the fuel rails, measure the two lengths of fuel line needed. See section titled Hose and Fitting Assembly for fuel line assembly instructions. Once the hoses are assembled, ensure there is no debris in the hose and install them. 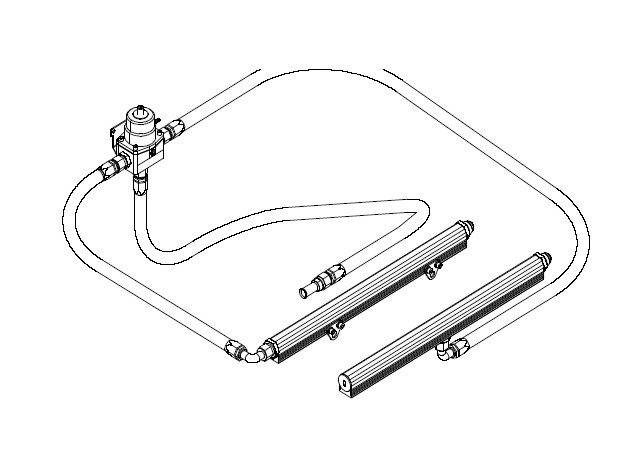 37. Using the remaining AN-08 hose end fittings as a guide, measure the required fuel line lengths needed and make up the last two required AN-08 fuel supply lines (See section titled Hose and Fitting Assembly). A typical configuration is pictured below. 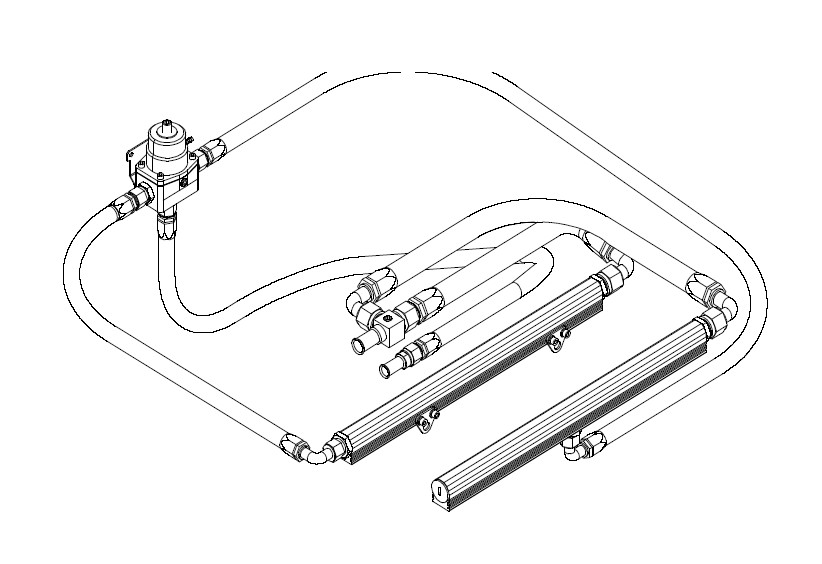 38. Reassemble the vehicle using the reverse of the foregoing removal procedure.

Please note, due to the wide range of applications and varying OEM and after market component tolerances it has been found in a few isolated cases it is necessary to install a 3/8” thick spacer between the upper and lower intake manifolds. This will allow you to gain clearance between the top of the fuel rails and the bottom of the upper intake manifold. These spacers are readily available from your local speed shop or mail order warehouse.

39. Remove the 1/8 NPT pipe plug from the either the fuel pressure regulator or fuel supply adapter tee fitting and attach a suitable fuel pressure gauge. Ensure that any spilled gasoline and any gasoline soaked shop towels are cleaned up and removed from the vicinity of the vehicle!

41. With the fuel pressure gauge registering fuel system pressure, check for fuel leaks from and around the Aeromotive regulator, fuel rails, all fuel lines and connections! If any fuel leaks are found, turn the ignition key to the OFF position, remove any spilled fuel and repair the leak before proceeding!

43 psi as a starting point. 43. Detailed information on tuning EFI engines with fuel pressure is available on Aeromotive’s website, in the Tech Help Section, under Tech Bulletins. Please See Tech Bulletin TB-902, titled: Advanced Tips for EFI Tuning with Fuel Pressure TB-902. Due to the confined nature of modern OEM vehicles Aeromotive realizes that the fuel pressure regulator may be inconvenient to adjust in some applications. We feel that this small inconvenience is worth it in providing you with an optimal fuel system.

44. Once the desired fuel pressure is achieved, tighten the regulator adjustment jam nut and attach the vacuum line.

46. Test drive the car to insure proper operation and re-check the fuel system for leaks. If any leaks are found, immediately shutoff the engine and repair the leak(s)!

CAUTION: When assembling this product, wear eye goggles and other safety apparel as needed to protect yourself from debris and sharp edges.

B. Unthread the hose socket from the rest of the hose end fitting. 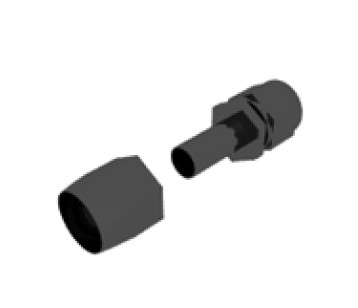 C. Insert hose in the socket with a twisting and pushing motion until the hose is fully seated in the socket.

D. Using a grease pencil, marker or tape, mark the location of the hose in relation to the hose socket which you just installed.

E. Using a light oil lubricate the inside of the hose and the hose end mating parts.

F. Carefully thread the hose end onto the hose socket, making sure that the hose does not push out of socket, by observing the mark you placed on the hose in step D. 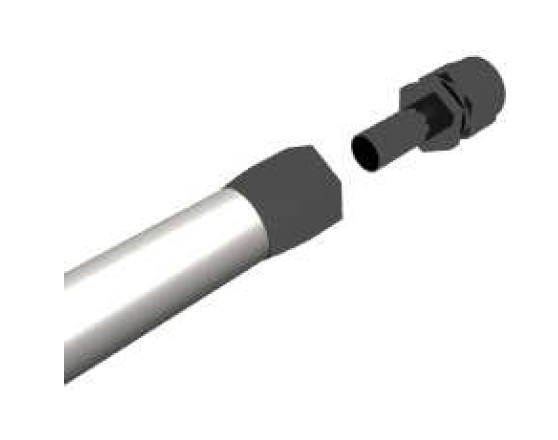 G. Using a properly sized wrench, complete threading the two components together (The maximum allowable gap between the two fitting components is .030 inches). 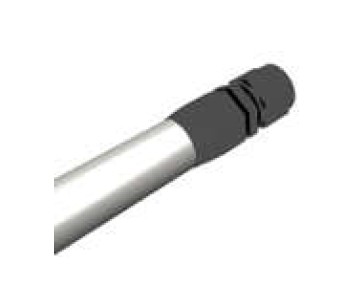 H. Inspect the hose for push out by comparing the mark you made on the hose in step D to the hose end socket location.

I. Clean all debris from exterior and interior of hose.

J. All lines should be tested to twice their operation pressure prior to use.