STEP 2
From inside the car, remove rear seat by pushing in on tabs under seat front, one on each side. Lift seat bottom up and remove from car.

STEP 4
Place a jack under one side of the fuel tank to support the weight of the tank only. DO NOT LIFT THE VEHICLE BY THE FUEL TANK!

STEP 5
From under the car, remove the (2) #50 Torx bolts that retain the gas tank straps. Let fuel tank hang down onto driveshaft.

NOTE
The bolt that attaches the upper control arm to the rear end housing has an arm/flag on one side to keep it from spinning. Be sure to put your wrench or socket on the 21mm nut that is on the other side to remove the bolt.

STEP 7
Remove the bolt that holds the upper arm to top of rear end housing.

STEP 8
Remove the bracket and arm from the vehicle.

STEP 9
Remove the 18mm bolt that holds the control arm to the bracket.

STEP 10
Install the BBK upper arm into the bracket using the original bolt and tighten to 129 ft-lbs.

STEP 11
Install the bracket and arm back into the car and tighten the 2 bolts that hold the bracket to the floor pan to 89 ft-lbs.

STEP 12
Tighten the BBK arm to the rear end housing using the original nut and bolt to 129 ft-lbs.

STEP 14
Lift fuel tank back into position and re-secure tank straps with the original bolts.

STEP 1
Jack up car and support axle on stands. Remove & install arms one side at a time

NOTE
Release the parking brake before moving to STEP 2.

STEP 5
Loop e-brake cable under arm and reconnect it to the caliper actuating arm.

STEP 7
Repeat for opposite side.

NOTE
Apply the parking brake firmly before lowering the car from the jack stands! 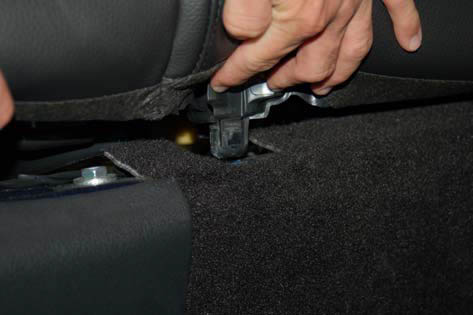 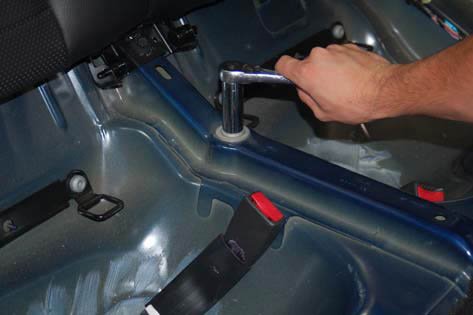 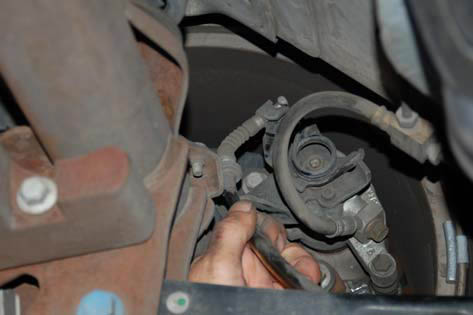 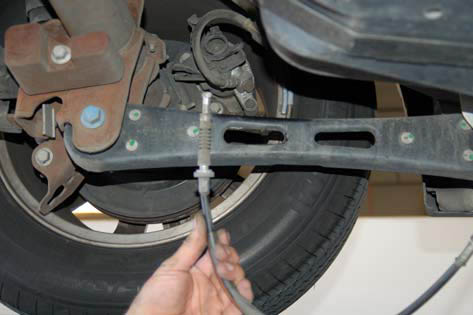