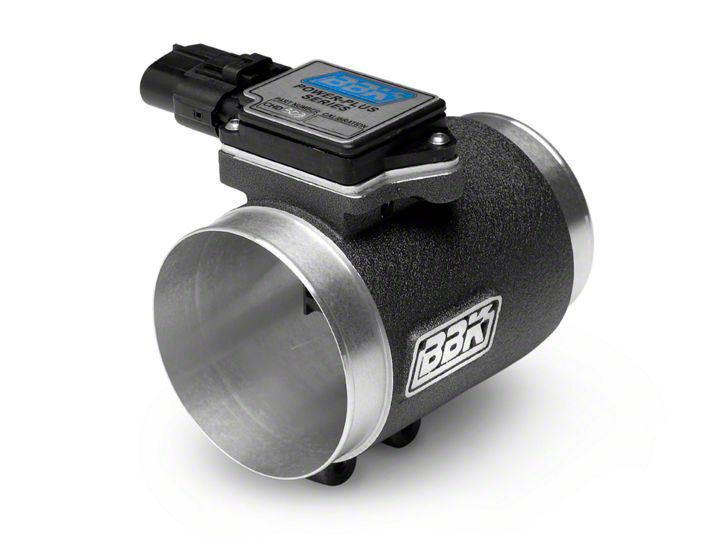 All BBK Mass Air Meters are designed to be a direct bolt on with no additional adjustments or tuning required. Be sure to verify that the calibration of the meter is correct for your injector size. Using a meter that is calibrated for a different injector size then what you are using can cause serious damage to your engine.

STEP 3: Remove the (2) bolts that attach the mass air meter bracket to the strut tower.

STEP 4: Remove the original mass air meter and bracket from the vehicle all as one piece.

STEP 5: Install the BBK Mass Air Meter into the vehicle by tightening the original hoses and couplers for the induction system over it.

STEP 6: Re-establish the electrical connection simply by plugging the wiring harness into the meter, or wiring extension where applicable.

STEP 1: If you are working with the stock air box, you will need to disassemble the air box by releasing the clamp, then unbolting the mass air meter from the plastic base disc.

STEP 5: Re-establish the electrical connection simply by plugging the wiring harness into the meter, or wiring extension where applicable.