How to Install C&L Upper Intake Plenum on your Mustang 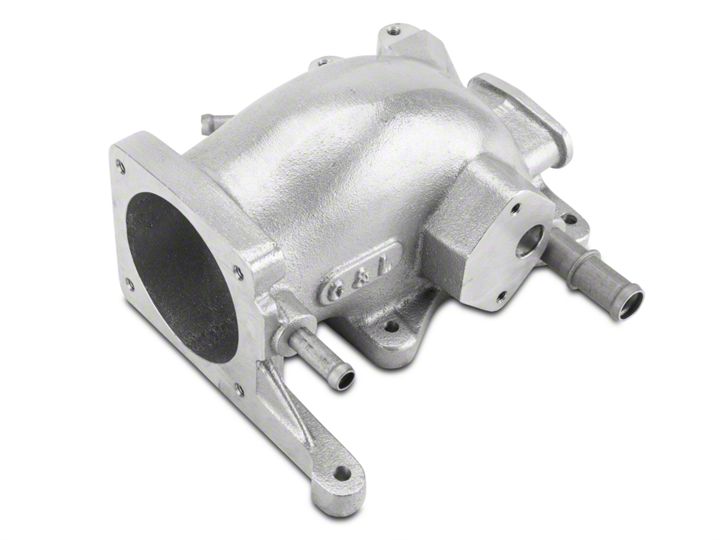 STEP 1: Use the 10mm deep well socket to unbolt the 2 EGR bolts located on the driver's side of the plenum. (These must be removed first, because these bolts are very tight, and the plenum must be solidly mounted to the lower manifold to allow you to loosen them.)

STEP 2: Use the same socket to remove the two bolts on the top of the plenum that hold the factory throttle linkage in place. Once you have disconnected the linkage cables from the throttle body, you can lift the linkage assembly up and back over the cowl of the vehicle behind the engine compartment. This places it out of the way during the rest of installation.

Step 4: With the plenum off the vehicle, you must transfer the throttle body and idle air control valve to the new upper manifold. As long as you are careful, the gaskets should stay intact, and should not need to be replaced.

Step 5: Re-assembly. Carefully lower the new plenum and throttle body assembly back onto the lower manifold from the passenger's side. You may need to slightly move the EGR connection to allow you to line the boltholes of the new plenum up to the lower manifold. Be careful to make sure that when the plenum is in place that the "rubber band" gasket in the lower manifold is not rolled over on its side and makes a proper seal with the new upper. To ensure this, you might want to lift the new plenum straight up off the lower, inspect the band, and lower it back down directly over the lower manifold boltholes. Once the 5 lower manifold bolts are tightened (be sure not to over-tighten them), then re-assembly is in the exact opposite order of removal. Before starting the vehicle, go over everything and make sure all items have been properly re-connected. After checking for any potential leaks or missed connections, installation is now complete!