Most Popular in Mustang Engine Parts

The Difference Between a Pushrod and Modular Motor

The single most important elements to a powerful engine are air and fuel. Your Mustang's cylinder heads have a tough job, funneling both into the combustion chamber. Better valve springs make sure your engine can hit higher RPMs while camshaft change where you make your power.

When talking about Mustang’s and V8 motors, they break down into two categories – pushrod or modular. Starting with the 289 back in 1964 and finishing with the 5.0L in 1996, every V8 Mustang between those years was equipped with some form or another of a pushrod engine. Everything past 1996 has used a modular motor, with the 4.6L V8 being introduced into the Mustang in 1997, and then being superseded by the 5.0L Coyote in 2011 (the Coyote is also a modular motor). 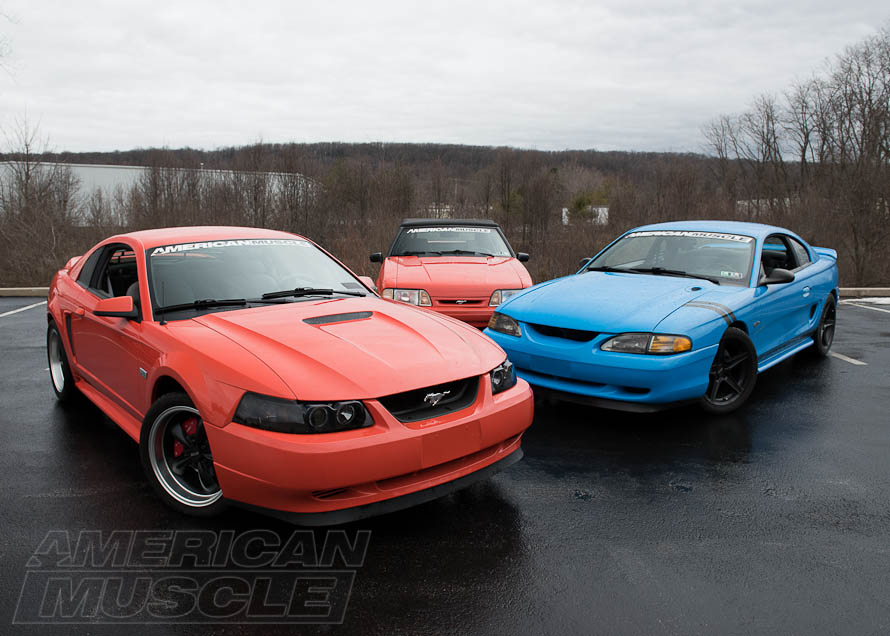 Now, What Exactly are the Differences, and is One Design Better than the Other?

Pushrod V8 engines have been the staple of V8 engine production for a very long time, from all manufacturers. (In fact, GM continues to use pushrod motors in all their V8 applications with pretty solid results.)

The most defining aspect of a pushrod engine is the fact that it uses a pushrod to actuate the valves. It is also commonly referred to as an overhead valve engine. The block houses both the crank and one camshaft, with the camshaft sitting above the crank. Connected directly to the crank via a chain, the camshaft rotates at half the rate of the crank. Sitting above the camshaft, in their own respective bores, are lifters. Placed on top of each lifter is a pushrod, a cylindrical rod (with ball or tapered ends) that on the bottom end sits on the lifter, and at the top pushes on the rocker arm. (For the record, the ever popular Foxbody 5.0 uses 5/16” pushrods) As the cam rotates, each lobe presses up on the lifter, which in turn, via the pushrod, activates the rocker arm to open and close the valve.

This design is relatively compact and typically, pushrod style V8’s make excellent low end torque. On the top end, however, this design tends to suffer. Pushrod motors are often limited at high RPM due to the many moving valve train parts and the subsequent larger reciprocating mass. They also really only allow for 2 valves per cylinder. 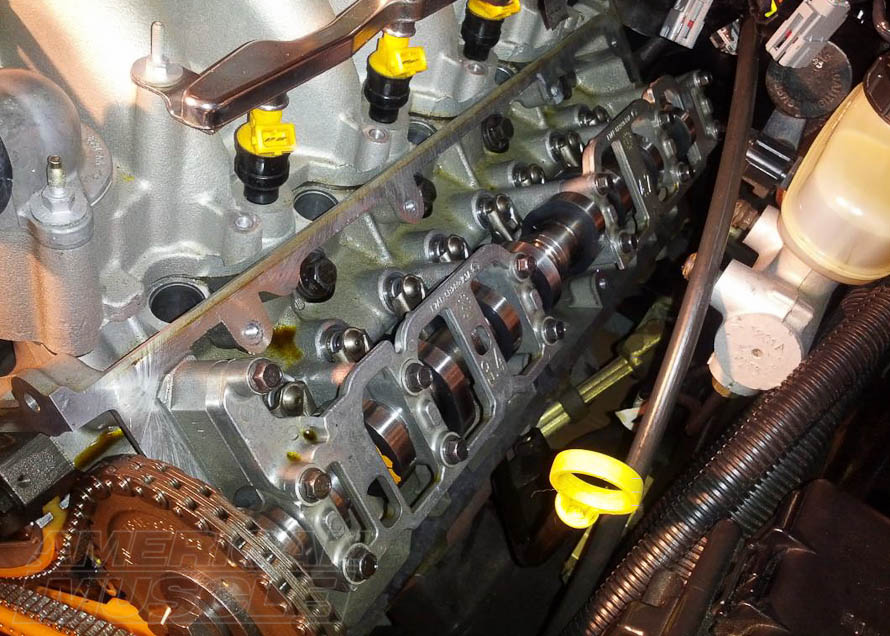 Modular V8: Older Than You Think

The term ‘modular,’ especially in reference to the Ford 4.6, really has nothing to do with the way the engine is constructed, but rather the way the assembly machines are constructed. When Ford built the engine assembly plant that deals with the 4.6 motors, they wanted a plant where, depending on the needs of Ford, multiple, different engines could be built with minimal delay between re-tooling. Thus, they came up with a design for a ‘modular’ engine plant, wherein the robotic tools are modular and easy to swap in and out, minimizing downtime and maximizing efficiency. The modular assembly line is a design principle wherein the assembly plant is able to produce different engines (as opposed to being permanently set to only produce one or two) by hot-swapping tool sets. It is reported that the entire plant could be reset and retooled to produce a different engine in as little as 3 hours.

Despite the term modular not actually referencing how the engine is made, the actual engine in which this popular term is named after is significantly different than the pushrod V8. The 4.6L V8 engines that ford introduced into the Mustang in 1996 are of an overhead cam design, which is totally different from the pushrod V8. 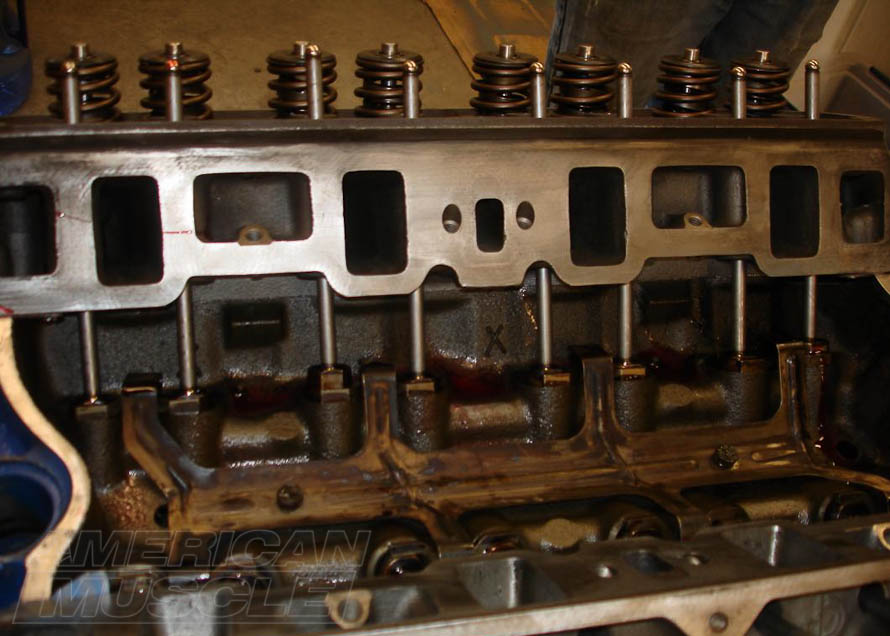 In this scenario, the camshaft is placed in the cylinder head, on top of the cylinder valves. They are then connected via a lengthy timing chain system to the crank. The first batch of 4.6’s came with a single overhead cam (SOHC), meaning one camshaft per head. However, later versions (and many other cars today) now feature dual overhead camshafts (DOHC), which places 2 camshafts per cylinder head.

The advantages of having the cam in the head are many. First off, valvetrain complexity is greatly reduced.  With the cams sitting right atop the valves, there are less moving parts involved in the process and therefore less valvetrain inertia. Basically, less resistance. This is particularly great at high RPMs, where pushrod motors begin to struggle due to their additional reciprocating mass. 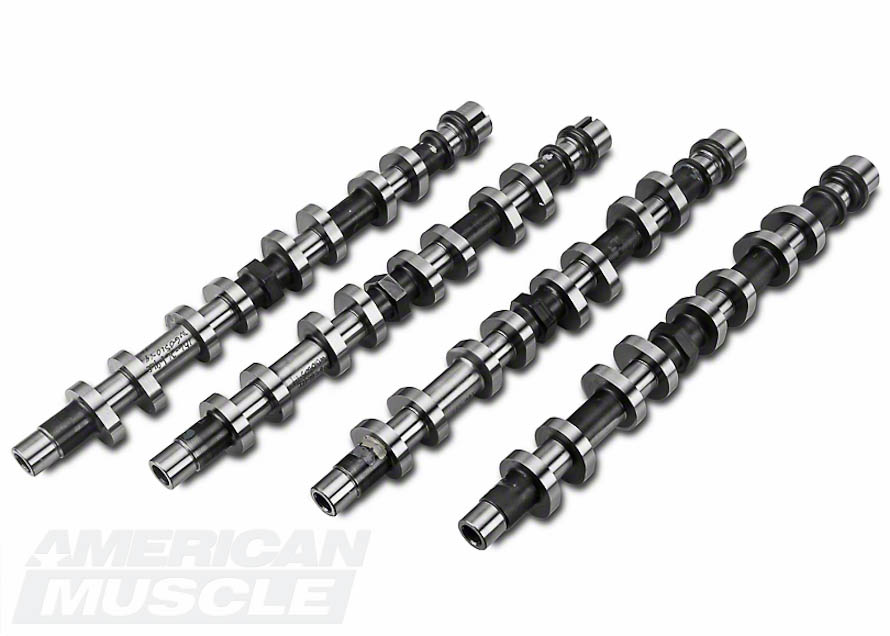 Cylinder head real estate improves, which allows for more valves to be placed for each cylinder and overall head design to be greatly improved. The current Coyote 5.0L, for example, has 4 valves per cylinder and has amazing flow. In fact, there isn’t much that can be done to improve the stock cylinder head in terms of air flow. Furthermore, with separate cams controlling the intake and exhaust valves, some really neat variable valve timing can be incorporated, maximizing efficiency and power of each valve event.

As with anything, there is always a trade-off. In the case of an OHC engine, the most immediate disadvantage is physical size. If you were to stack an 80’s era pushrod 5.0L next to a current DOHC Coyote, the Coyote is significantly larger in every direction, despite having the exact same displacement of 5.0L. Furthermore, overhead cam engines certainly rev higher and experience significantly less valve float, but typically produce their power higher in the powerband. Driving a stock Foxbody 5.0L, the power would kick in around 3000 RPM and taper off at 5000. The latest Coyote, however, really picks up closer to 4000 RPM and tapers off closer to 7000 RPM. 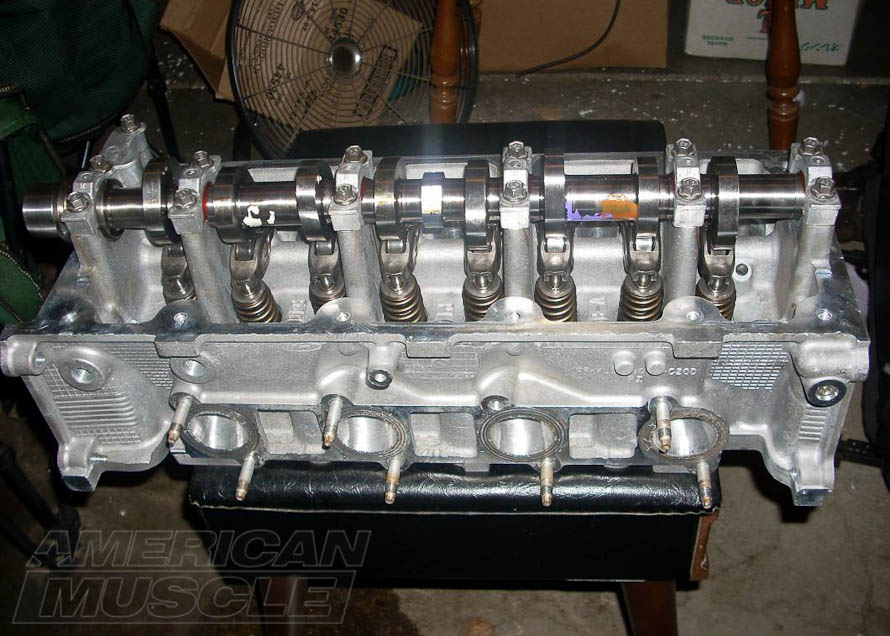 Pushrod vs Modular: Is One Better than the Other?

This is a question that literally plagues every Mustang forum out there and one that is always left without a definitive answer. Pushrod motors have their fans, as do the modular motors. Each motor has their pros and cons. For example, as already mentioned a pushrod is very space-efficient, makes good power and are relatively cheap to buy and modify, as they’ve been on the market for ages. They are tried and true with great aftermarket support.

The modular Ford motors, whilst physically larger and more expensive, are not slouches either. Their more modern technology (interesting to note, however, that overhead cam engines have been around just as long as pushrod engines, just not in mainstream production) enables them to be more fuel efficient and still return excellent power. The OHC V8s also have the advantage of being better built from the factory, better meaning they can handle more power before parts start to break. 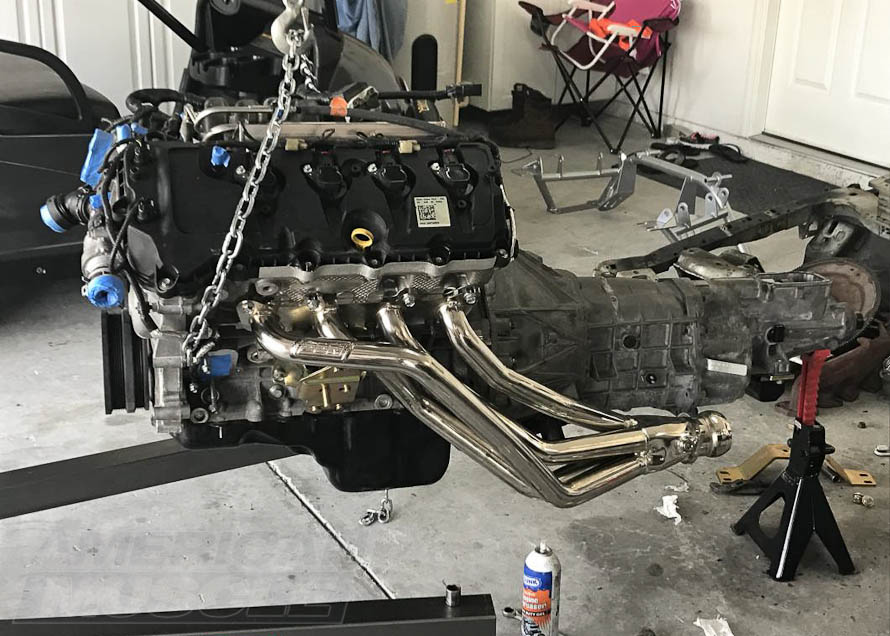