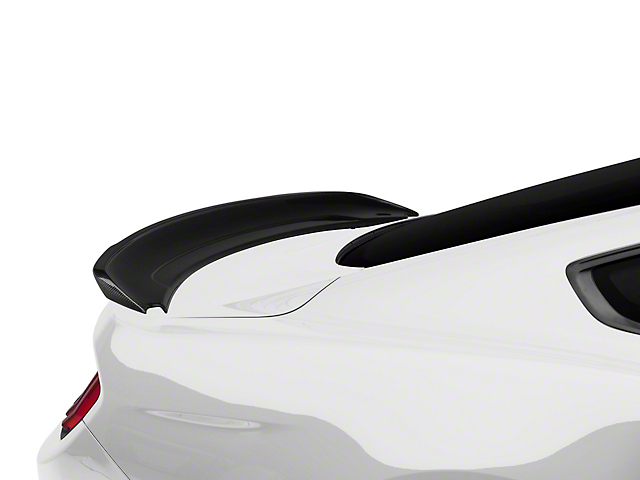 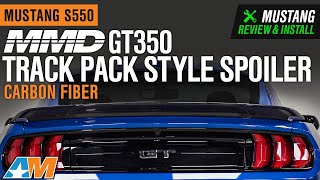 GT350 Track Pack Styling. Improve the aerodynamics and upgrade the appearance of your 2015-2021 Mustang by installing a MMD GT350 Style Track Pack Rear Spoiler. This great looking Rear Spoiler, which is made of genuine carbon fiber, will add aggressive track car appeal to your S550 Mustang.

Drilling May Be Required. This GT350 Rear Spoiler was specifically designed to reuse the existing holes left in the deck lid by the stock wing (if so equipped) on the Fastback model. The spoiler installs easily with a combination of hardware and 3M automotive bonding tape, a drilling template is included for the Mustangs not equipped with a factory installed wing. Convertible models equipped with a stock wing will not be able to reuse the factory holes, drilling will still be required for installation.

Application Note. The Rear Spoiler may come in contact with the factory antenna when the trunk is opened on Convertible models.

Reviews of MMD Exterior products have an average rating of 4.5 out of 5