Find Bumpers for your Mustang 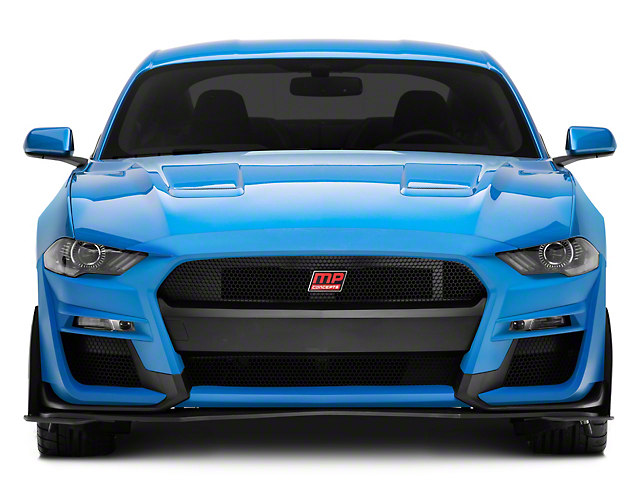 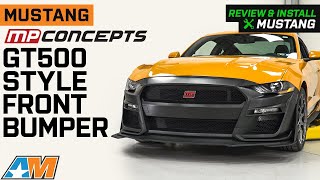 There are no shops near Ashburn - 20149
Expert Installation by

Aggressive Shelby GT500 Styling. Transform the exterior styling of your S550 Mustang with this GT500 Style Front Bumper Kit from MP Concepts. MP Concepts Front Fascia closely mimics the lines of the Shelby GT500 to give your Mustang a more aggressive appearance.

Quality Construction. MP Concepts manufactures their Front Bumper Cover from OEM quality Polypropylene. Polypropylene is an extremely strong and durable thermoplastic polymer, making it perfect to withstand the hazards of daily driven vehicles. The included Chin Spoiler and grilles are also made from Polypropylene, they feature a slight black stipple textured finish for an aggressive appearance and superior durability.

Straight Forward Bolt-on Installation. MP Concepts engineered their Front Fascia to be a direct fit replacement for your original stock bumper. Installation can be completed in about three hours, after painting of course. Please note that some of your original hardware will be reused for installation.

Application. This MP Concepts GT500 Style Front Bumper Kit is designed for use on 2018-2023 EcoBoost and GT Mustang models. Does not fit Shelby GT350 or GT500.

Freight Notes. Freight items can only be shipped within the continental 48 states, no expedited methods. What is freight shipping? Your Answers are Right Here.