Find Exterior for your Mustang 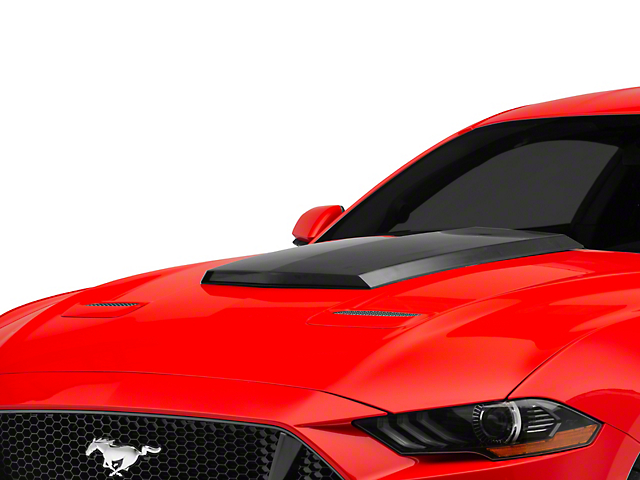 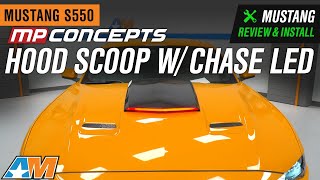 LED Chase Lights. Hidden within the faux opening are a row of super bright LED accent lights. These accent LEDs light in a chase sequence and are controlled by the included remote allowing you to put on a spectacular light show. The LED lights are intended for off-road use only.

Superior Quality. Manufactured from acrylonitrile butadiene styrene (ABS) material, this MP Concepts Hood Scoop was designed using the original OEM CAD data from Ford for a perfect fit. ABS is an extremely strong material known for its light-weight, superior durability and impact - making it ideal for the daily driven Mustang.

Application. This MP Concepts Hood Scoop with Chase LEDs is designed to fit 2018-2023 EcoBoost and GT Mustang models equipped with the factory hood. Does not fit Shelby GT350 models. The LED illumination is intended for off-road use only. Always make sure the light is off before driving.