Most Popular in Mustang Transmission Parts

Although Ford went with the MT-82 trans, the aftermarket has provided a slew of parts to prepare said trans for future power adding mods.

With the release of the S550 Mustang, we have to wonder what's Ford done with the MT-82 transmission. Since its debut in 2011, Mustangs have had nothing but trouble with the trans. Let's take a look at what Ford changed. 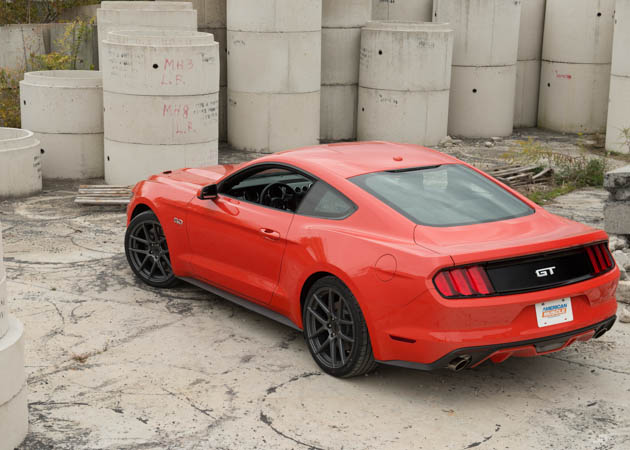 2011 brought the new 5.0L Coyote Mustang to the market, as well as a new 6-speed manual transmission, the Getrag MT-82. Unfortunately, response to the MT-82 was not all that great. Hard shifting, missed shifts, screws backing out, weird clutch feel – these are all problems that plagued the MT-82 upon first arrival. It got to the point where the National Highway Traffic Safety Administration (NHTSA) stepped in and opened an investigation into the matter (which they later dropped). It definitely was not the response from the public that Ford was after. 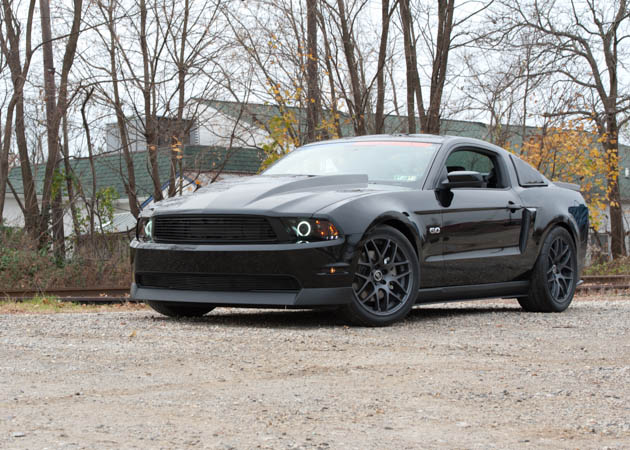 To be frank – yes, the new Getrag MT-82 is fundamentally the same as the old Getrag MT-82. Does this mean the transmission is still full of all those problems and should be avoided like the plague? No, it does not.

Over the years, Ford has quietly rolled out small updates and improvements to fix the problems owners were encountering. Instead of making any major revisions or changes, Ford took the 21st century route and applied a micro-update approach. The first few years involved changes with bolt types, clutch springs, gear finishes and oil viscosities. There were no major teardowns, revisions or replacements. The MT-82 deep down is a solid transmission. It just had a few surface flaws that needed to be taken care of (insert spouse joke here). Nothing a skilled surgeon, or engineer, couldn’t handle. 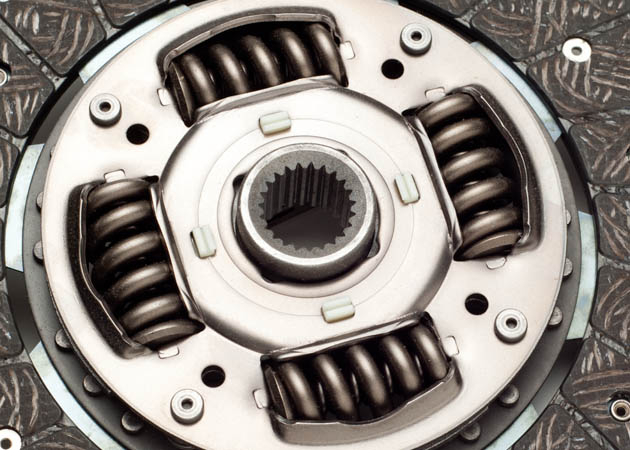 The latest gen, the S550, features a changed shifter bushing and bracket for a firmer, more accurate shift over the 2014 model. Furthermore, the skip-shift feature (a feature that forced a 1-4 shift at low speed versus a traditional 1-2 shift) was eliminated in 2013, and should remain this way for the S550.

Other then these minor changes, the MT-82 remain the same as that from 2014. If there has been any other internal changes to the transmission setup, Ford has been pretty tight lipped about it. Some owners still complain that the transmission is notchy at first in cold weather (38 or below). After driving for several minutes however, this symptom tends to disappear.

On another note, clutch feel is supposed to be better for the 2015 models. Many owners felt that the 2014 clutch felt too light for a muscle car, and Ford has responded by making it slightly heavier on the S550. So far, most professional reviews are digging it. 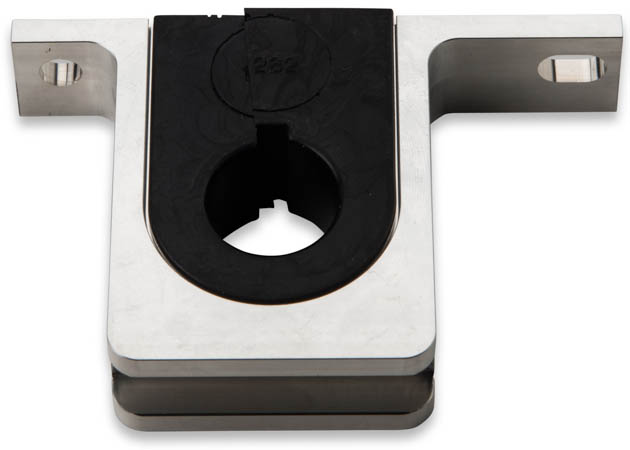 What About the TR-3160 Transmission?

The TR-3160 was developed for use in performance vehicles by Tremec, one of the racing community’s most trusted transmission manufacturers. The TR-3160 first appeared in production cars in 2013 and has enjoyed success in various racing applications.

When the 2015 Shelby GT350 first appeared in the market, Ford announced that it would be pairing the Shelby’s 526 HP 5.2L engine up to the TR-3160. The TR-3160 benefits from the all of the latest and greatest Tremec transmission technology such as a high precision guide plate for shifts, anti-friction roller ball detents, hollow shafts, and webbed gears, and much more. The TR-3160 has remained the transmission of choice for the Shelby GT350 and will continue to be through 2018.

2015 may not have brought any significant changes to the MT-82 6-speed, but it certainly brought major changes to the rear end. For the first time ever, all production S550 Mustangs now feature an independent rear suspension. On top of that, upgraded rear axle metallurgy and hardware has supposedly led Ford to say that this improved 8.8 has the strength of a 9.75” differential, and thus has created the name “Super 8.8”. 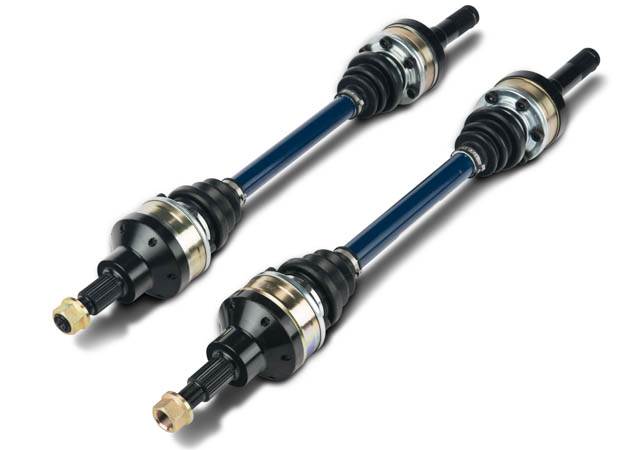 Why does the 2011+ MT-82 Mustang Transmission have shifting issues?

The clutch cable from the factory was made from plastic, which expands when hot and can cause the clutch to malfunction--especially while racing--more often than not this would result in the clutch sticking to the floor.

How to Upgrade and Improve the MT-82 Manual Mustang Transmission

There are a few simple mods which will improve the MT-82 and make it feel like a night and day difference.

By addressing the shifter, the clutch, and the movement or flex of the shifter linkage, you can refine the feel and the shift of the MT-82 Mustang transmission. These are mods that will make a difference no matter if you Mustang is a daily driver or dedicated track car.

While the stock shifter isn't necessarily that bad, it has some play to it, which can cause you to grind gears when shifting. Replacing the stock shifter with an aftermarket one will provide you with shorter shifts that are more precise. You get more a "notchy" feel with a short throw shifter, as each gear feels a bit more defined. 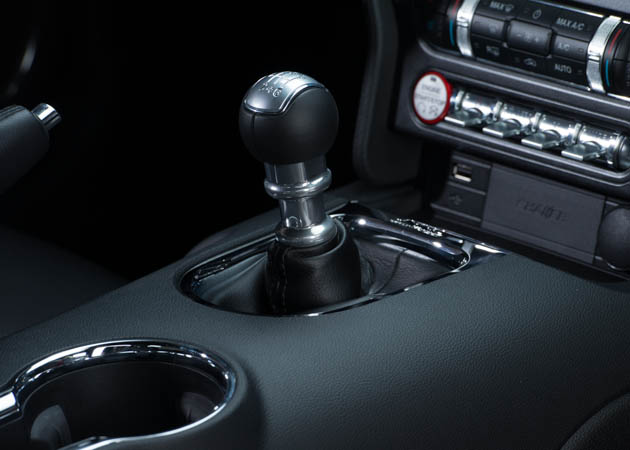 As mentioned earlier, the stock Mustang clutch cable is made from a plastic material that can fail when your Mustang is being pushed. This typically means that your clutch pedal will stick to the floor after running your Mustang hard, whether it be drag racing or road racing.

The MT-82 can suffer from driveline vibration and gear deflection when you are slamming through gears, as the rubber mount allows some flex in the driveline. A bushing mount insert for the transmission can drasticaly​ reduce the vibration in the driveline that can cause you to grind gears.

Typically, these bushing inserts are constructed from a synthetic rubber that doesn't fail, like the stock rubber bushing. One slight drawback is that this can increase noise, vibration, and harshness (NVH), however this is not usually too noticeable.

The MT-82 Mustang shares the same brake and clutch fluid circuit and reservoir. This can lead to diminished clutch engagement and even brake fade when you are driving spiritedly. To eliminate this, you can add a clutch fluid reservoir that will give you an enhanced, firmer clutch feel.

All in all, the MT-82 has improved tremendously since 2011, but it is still not quite there yet. The cold shifting problem and occasional report of sloppy shifting tip the hand to the fact that there are still some improvements to be done. Overall, the transmission is solid and works very well; there remains a few gremlins to be sorted out.