Most Popular in Mustang Tuners

Picking a tuner can be difficult. That's why we put together a comparison of the top Mustang tuners available. Once you've narrowed down your selection, head over to the tuners section and pick one up - just be sure to take advantage of free tunes for life from Bama Performance.

There's a multitude of tuner types and trying to choose out of the bunch can be a headache. Depending on how you want to run your Mustang will narrow down your options. 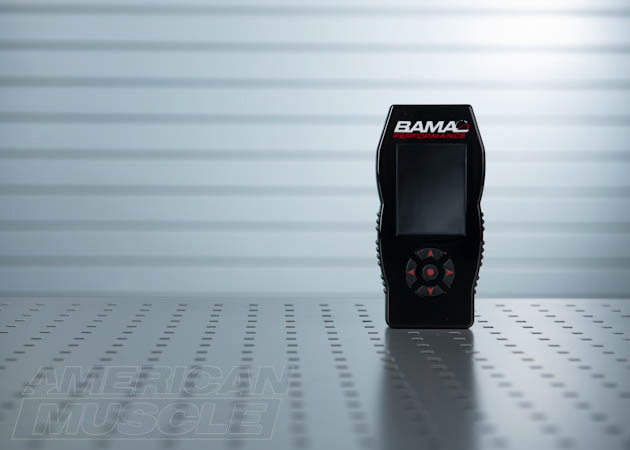 Pro's and Con's of The Mustang Tuning Chip

The 4-Bank Eliminator Chip is an actual electronic device that installs into your car's computer. It can only be used on 1987-2004 cars. It holds a total of four custom tunes. Plus it has a setting for your stock tune, and a no run/anti-theft setting. The selector switch can be located anywhere in your car. A common place is in the glove-box. For a professional look and easy access, one of our custom bezels can be used. The switch is great for people who need the ability to quickly change between tunes such as nitrous users and drag racers. To edit or add tunes the chip must be removed and sent back to us, or brought to any SCT dealer. 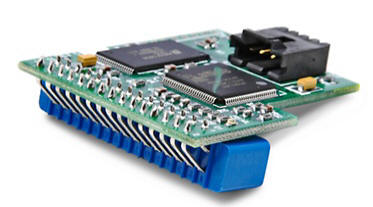 The SF4 Strategy Tuner and the SCT LiveWire are handheld units with LCD displays that are used to flash, or overwrite, the existing tune on your car's computer. They hook up to your car's ODBII port located under the dash on the driver's side. They hold three total custom tunes.

The first time you use them they will download your car's stock tune into a 4th slot for safe keeping, so you can return your car back to stock at any time. The unit "VIN locks" to your car, so it can only be used in the first vehicle it was used in. They cannot be unlocked without first returning the original car back to the stock tune.

You will have the ability to edit certain parameters directly on the unit such as your air/fuel ratio, your final spark value, gear ratio, etc. which can be great for racers at the track and customer's with wide-band O2 sensors. New tunes can be emailed to you instead of having to send back the entire handheld tuner for reprogramming. Switching between tunes can take several minutes, so you are not able to switch on the fly. 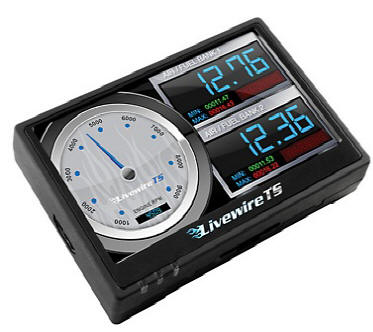 A strategy tuner such as the Predator contains generic tunes designed for a fully stock car. They have a limited amount of user adjustability, but allows experienced users to help dial-in air/fuel ratioes, spark, etc. for mild bolt-on modifications and varying conditions. Some feature selections for common MAF and injector changes, but can run into complications due to subtle variances in the car's configuration.

A custom tuner or chip such as the Eliminator, X4 PowerFlash, or LiveWire allows the tuner complete adjustability of about 1000 to 3000 different variables (depending on the year/model) in the car's computer to accommodate for modified cars. This allows tunes to be created directly for a car's specific configuration, and it's the only way to tune heavily modified cars.

Handheld units such as the X4 PowerFlash, SF4 tuner, or the SCT LiveWire tuner allow you to make the same end-user adjustments as a strategy tuner in order to accommodate for varying track/weather conditions etc. However a handheld unit starts from a custom tune instead of the generic tune, so the end result is more precise. 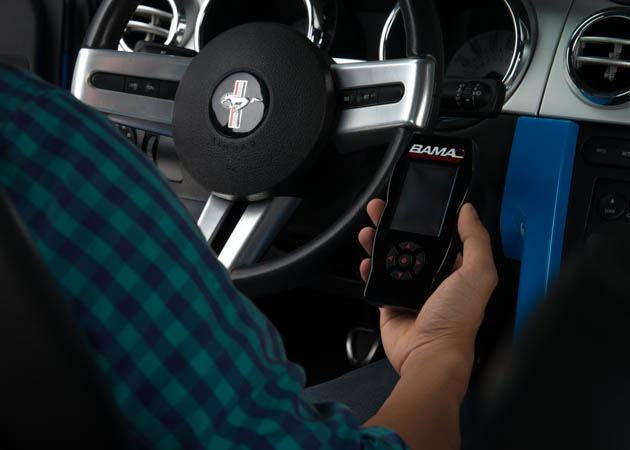 You should always order a tune for the highest octane available in your area. The higher the octane the more power and gains you will receive. For example, a stock 2001 5-speed GT might gain 2-3 horsepower on an 87 octane tune but 17 horsepower on 91 and over 20 horsepower on 93 octane. All three of these tunes will have the engines running more efficiently, but the dyno results will be very different. If you are worried you might get stuck because you can't find the right fuel, order more than one tune. One for 87 Octane to use in emergencies, and then a performance 91 or 93 tune. Now automatics are a slightly different story as they will receive a huge bonus from the transmission being tuned. Even tuning with 87 is worth it, but good horsepower gains will still not be achieved without premium fuel.

For the middling grounders, tuners can compensate for 89 octane as well in most cases by reducing the amount of timing utilized. Generally speaking, the more timing used, the higher octane is required. However, in certain applications, 89 octane can not be used. This would mostly apply to boosted Mustangs or Mustangs using nitrous.

A Note On Gas Choices For Your Mustang

All brands of gas are not created equal! You should always use a quality name brand gas for the best results and horsepower gains such as Sunoco, Exxon, Mobil, or Shell. Low quality generic brand-x fuels, convenience mart, and discount wholesale fuels could cause pinging in a tuned car. Saving 5 or 6 cents a gallon at the pump of a low quality gas station will cost you in the long run. Studies have shown even in non-tuned cars that get gas from two stations next to each other can vary in gas milage by up to 60 miles per tank! 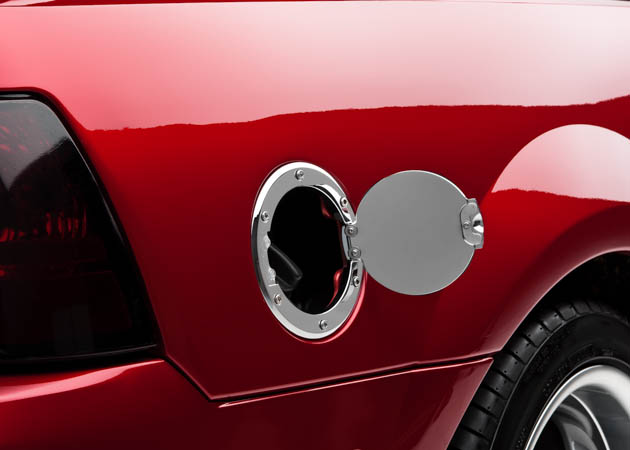 A Note on Mustang Speedometer Calibration:

Mustangs after 1999 use computer controlled gauges and can be calibrated with the tunes for gear and tire size changes. Pre-1999 Mustangs use a mechanical speedometer so the car's computer has no control over the speed reading. A rotating cable runs from the transmission into the back of the speedometer. The tuners cannot be used to calibrate for gear changes on these cars. You can however calibrate for gear changes by replacing the speedometer driver gear at the transmission end of the cable. They are color coded (for the Mustang transmission type and gear ratio) and are easy to replace. 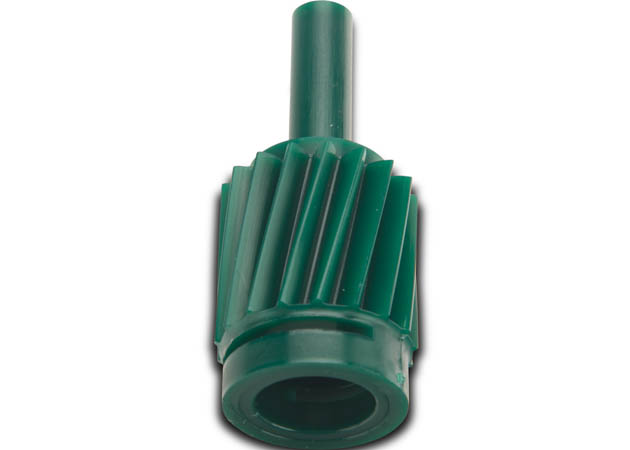 On 2005 GT Mustangs we must have the actual brand and model of the cold air intake being used. The 2005 uses an advanced PowerPC processing unit instead of the old PCM systems on 2004 and older mustangs. The new system is VERY sensitive to airflow changes and most 2005 cold air intakes use the stock MAF electronics but change the actual MAF housing size, greatly distorting your MAF transfer function. This is why you cannot tune for cold air intakes on a 2005 Mustang GT with a strategy tuner such as the Predators.

What We Need When You Place an Order for a Custom Tuner: 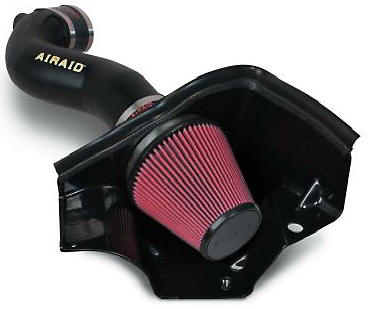 Two-step rev limiter, RPM range/MPH trigger (add-on option 1999-2004, manual Mustangs only. Uses one tuning bank): this allows you to set one RPM limit for when the car is not moving, and then have the full RPM range enabled when it is moving. This is desirable for drag racing so you can pay attention to the "Christmas Tree" and not the tachometer. Please specify where you want the 1st step set at when you place your order. If you do not, we will use our best judgment and set it where we think is best for the modifications and car type listed.

Valet/friend mode (requires additional tune 1999-2004 only): this option lets you set the RPM range/MPH cap when someone else is driving your car. Be sure to specify where you want the limit set. 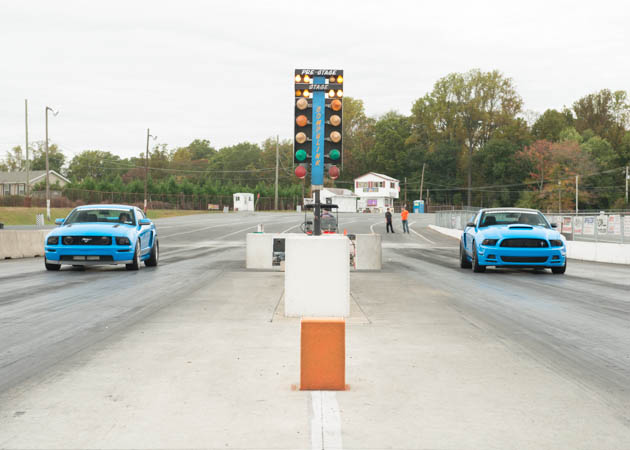 What Mail Order Can Not Tune For:

Certain modifications cannot be safely tuned via mail-order style tuning. They require the use of a dyno and wide-band O2 sensors or a "sniffer" to correctly dial-in your air/fuel, etc. (In these cases please go to http://www.sctflash.com to locate a dyno tuner in your area.) Non-tunable examples: 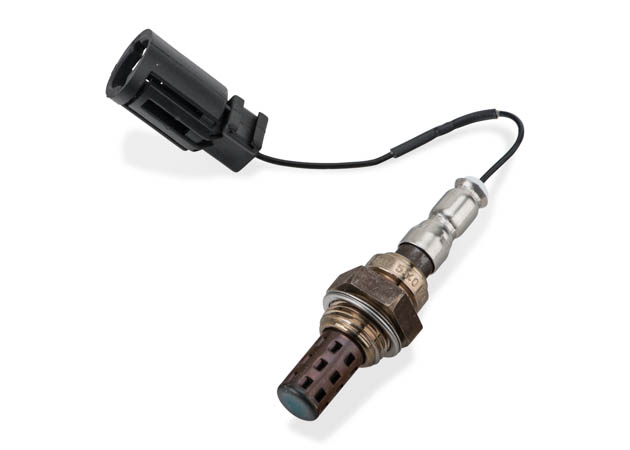 On 2011 Mustang GTs the variable valve timing can be manipulated to create what is called a ghost cam tune. Through tweaking timing and the VVT, 2011 5.0L can sound like they have a heavy duty cam in their engine. This is an option that many tuners, such as Bama Performance offer to their customers. These tunes typically don't add power, but do create an intimidating presence.

Do Tuners Work on Other Mustangs?

They can indeed work on other vehicles, on one condition. The car that previously was using the tuner must be returned to the stock tune (by the same tuner). A tuner can only tune one car at a time, when a tuner programs a vehicle's ECU it becomes locked to that vehicle. It will not be able to tune any other vehicle unless the first vehicle is returned to stock.

So, if you were to trade in your old mustang and purchase a different one, as long as you return the old mustang back to the stock tune, the new car can be tuned by the same tuner (just need different tunes for the different ECUs). If one was to sell the tuner itself but keep their mustang, the value of a tuner that is locked to an ECU won't have much value. When selling a tuner, return the vehicle it has tuned back to stock. 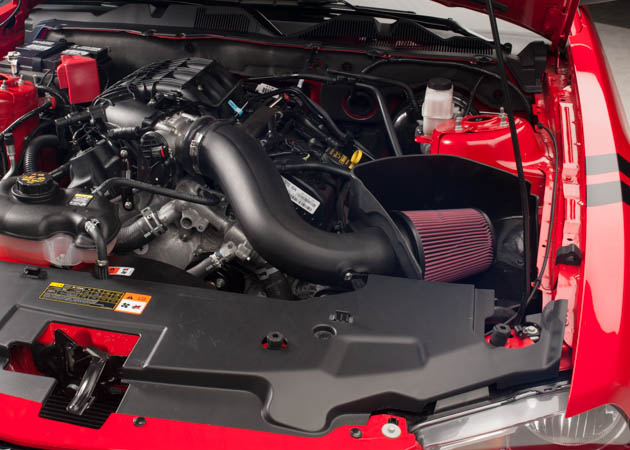 Once the Tuner is Locked, Can I Use it for Anything Else?

The way these handheld tuning devices work is once they are used to transfer a tune to a particular vehicle, they then become locked to that exact VIN. This is a method ​manufacturers have put in place to prevent one person from buying a tuner and using it to tune their own and all of their friends Mustangs’. When locked to a car, the handheld tuner can still function as a troubleshooting device on any OBDII equipped car, it just cannot be used to tune or modify any performance settings unless the aftermarket tune is transferred back from the originally tuned Mustang. Basically, each tuner can only tune one car at a time.

Tuners can pass California testing. The primary issue vehicles run into is the physical mods that accompany the tuning. For example, having a non-carb EO CAI would still pass with the tune, but the intake itself would render failure of the vehicle. Some tunes can cause failure by themselves, but they are maxing out performance in those particular instances.

What Types of Tunes Does BAMA Offer?

*For unleaded, you must provide the stoichiometric point of their desired race fuel.