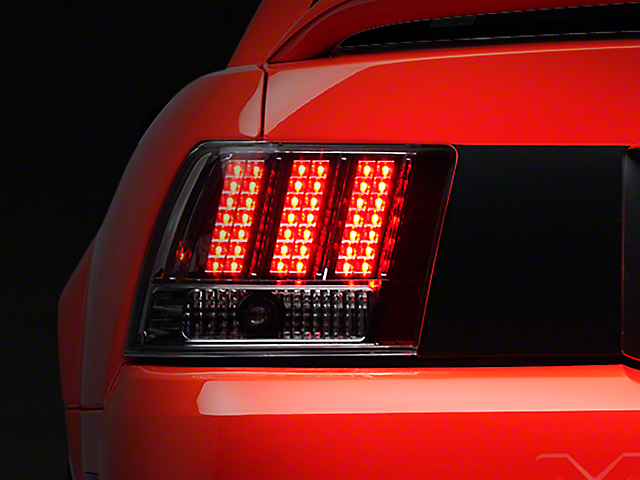 Superior Quality. These Axial LED style tail lights are manufactured to high standards from superior quality materials for a perfect fit. And include the required wiring harnesses, making installation plug and play.

Application. This set of two Axial Chrome LED Style Tail Lights are specifically designed to be a direct fit replacement on the 1999 to 2004 Mustang, including the V6, GT, Bullitt, and Mach 1 models. These tail lights will not fit the SVT Cobra.

Technical Note. Does not work with sequential tail light kits.

Signals I bought this tail lights but is it normal that the right tail light is twice as fast than the left one?