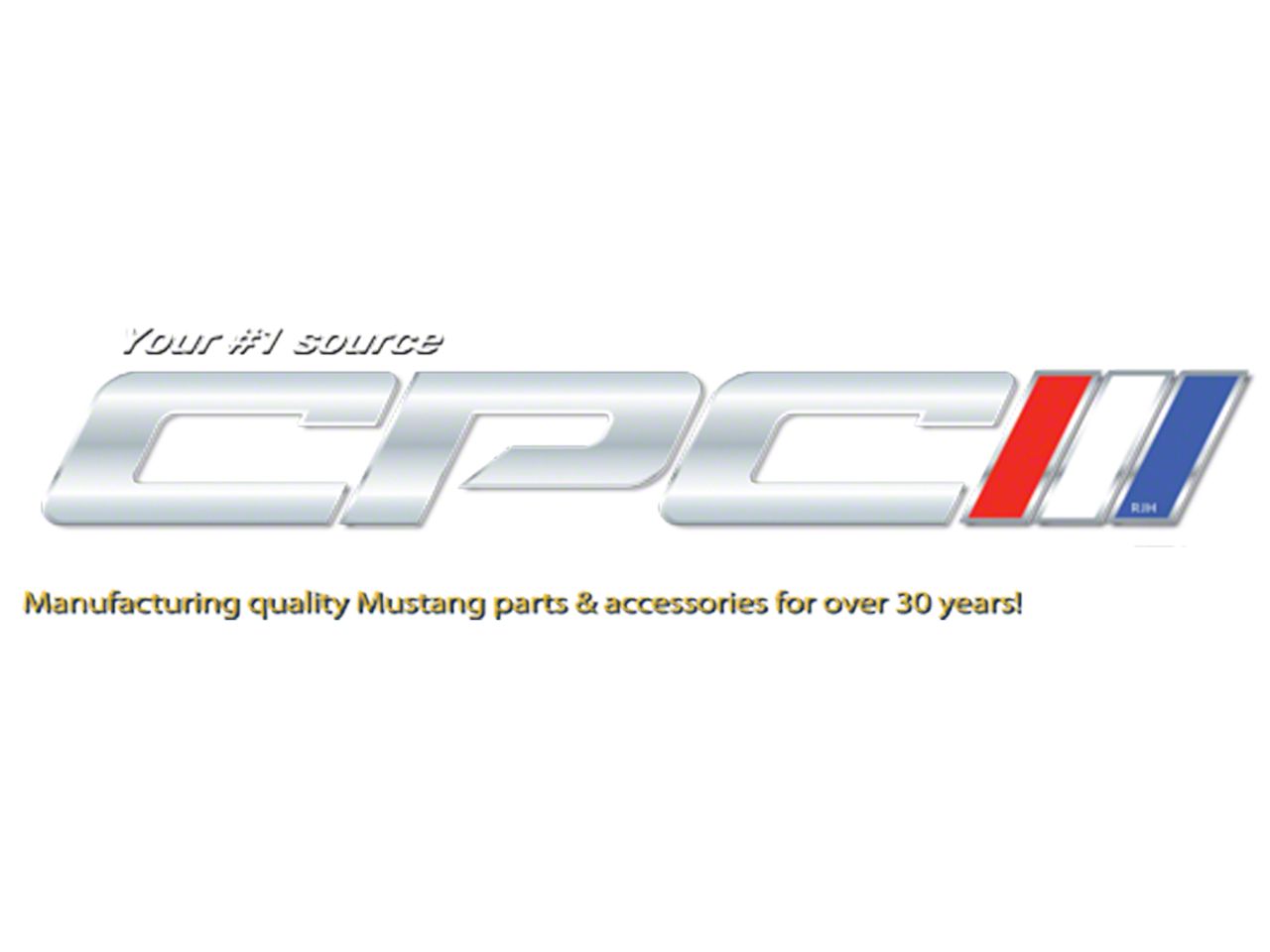 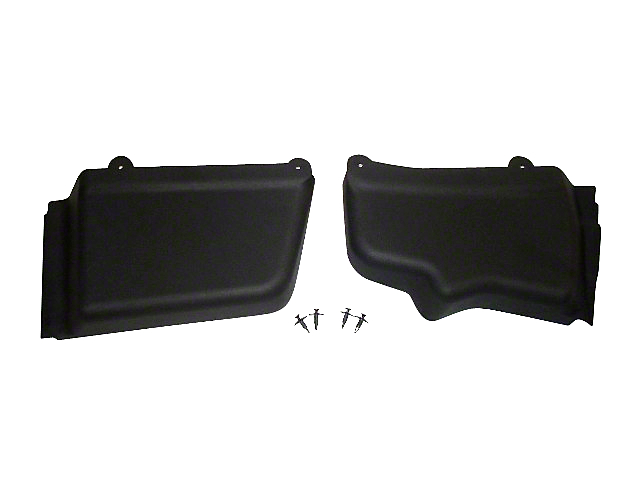 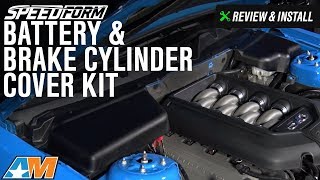 What's going on, guys? I'm Alex from americanmuscle.com. Today I'm bringing you my quick review and breakdown of the Battery and Master Brake Cylinder Cover Kit, fitting your 2005 through 2014 Mustang. So, in this video, I'm gonna give a quick overview of who this is going to appeal to, the construction, and materials that went into this U.S. built kit, what you should expect to be spending. And then we'll take a very quick look at what's entailed to get these installed on your Mustang, where I'm gonna be giving these a very easy one out of three wrenches in the difficulty meter and about 15 to 30 minutes. And I'll have a little bit more for you on that later.So, the Master Brake Cylinder and Battery Cover Kit that I have here today should definitely appeal to any Mustang owner out there that's gonna be looking to get into a premium, but relatively inexpensive modification that's honestly just gonna make looking at your engine bay that much more enjoyable. So, while the Mustang's engine compartment is definitely easy on the eyes, it's obviously a personal favorite, given that I'm working here right now. There's a ton of vacuum lines, hoses, hard lines, you name it under there, and if money grew on trees, it probably would be working with a body shop to either shave or tuck some of those wires. But let's face facts, just some of this stuff to do on the inside of your engine compartment is not inexpensive, to say the least. That being said, the battery, as well as the master brake cylinder, sticks out like a sore thumb. It's honestly an eye sore to me, personally, especially when you're popping your hood. For any Mustang owner that's out there that's hunting for show points, you need to take into consideration that most, if not all, of these judges are gonna be judging you on just how clean your engine compartment looks. This is definitely a modification that I would highly suggest picking up for your build.So, underhood dress-up parts are a great way to personalize, as well as customize, your engine compartment, as nobody really wants to look like every other Mustang out there, and the sky's really the limit here, guys. You're gonna have the ability to swap out coil covers, valve covers, strut mount covers, radiator covers, you name it. This kit right here is gonna be a little bit more of an addition that's just gonna clean up the engine bay nicely, make it look that much more well-executed.Now, from a construction and materials perspective here, just like I had said initially, this U.S. designed and built kit is gonna be manufactured out of a thermal, plastic material. Which is gonna be tough, but durable enough, to withstand high heats coming out of your engine, so you can rest easy knowing that these aren't gonna flex over time, pit, or have any type of deterioration in terms of the finish. Now, like with most tips on all plastic parts out there, you're gonna have the ability to paint these, if you wanted to do so, and really take it that extra step to give it that much more of a dose of customization. I really think that would appeal to the Grabber Blue, Gotta Have It Green, or Race Red guys out there. Or any other color for that matter, that you're just looking to tie into your engine bay to get those points at shows or just make it that much more appealing-looking.All right, so in terms of the pricing here, guys, you should expect to be spending only about 90 bucks for this kit which, in my opinion, is definitely a steal, considering this is gonna be a U.S. designed and built part that's really gonna tie together your engine bay and just clean it up really nicely. So, switching gears to the installation portion of the video, just like I had said up top, you're gonna be looking at a very straightforward one out of three wrenches on the difficulty meter and about 15 to 20 minutes to get these onto your car. So, the ease of install here should definitely be a huge selling point for any Mustang owner out there, as this is gonna be one of those instant type of satisfaction mods. It's gonna clean up your engine bay drastically. You're really only gonna need a Phillips head screwdriver, a set of pliers, and then a pair of scissors just to trim back some insulation on the passenger's side of your car. So, to start, you're gonna wanna work on the driver's side, where you're gonna locate the two wiring loom clips, push through the sheet metal brackets toward the center of the firewall, under the edge of the cowl. So, you can then use either your fingers or the set of pliers, like I said before, to bend that sheet metal down ever so slightly, just so it doesn't come into contact with either one of the covers. So, once that's done, simply install your covers, get them lined up, then use the provided hardware, secure everything, and you're good to go.All right, guys, so just to wrap things up here, some final thoughts, no matter if you're hunting for show points or if you're just looking to drastically clean up your engine bay, I would definitely suggest checking out this kit for your Mustang. So, that's my quick review and breakdown of the Battery and Master Brake Cylinder Cover, fitting your 2005 through 2014 Mustang, available right here at americanmuscle.com.

View Full Transcript
Custom Styling. Custom car builders like to hide the uglier under hood components of the engine bay to make the engine pop out like a jewel. Now you can do the same by hiding your battery and master brake cylinder with these inexpensive Covers by California Pony Cars.

OEM Materials. Made right here in the USA from the OEM style injection molded plastic, these Battery and Brake Cylinder Covers are durable, heat resistant and can be painted to match any color.

Application. The California Pony Cars Battery and Master Brake Cylinder Cover Kit is designed to be a direct fit on 2005 to 2014 V6 and GT Mustangs. Shelby GT500's and Mustangs equipped with a Roots-type Supercharger require minor trimming around the throttle body for proper clearance.

Technical Note. The Battery cover is designed for use with an OEM style battery; it does not fit the Optima brand of batteries.

Helpful (1) Thanks for your input! Show 2 more answers

What hood strut kit would work with the cal pony cars battery and master brake cylinder covers? for a 07 GT

Is there any way I could get these pre-painted?

Are these smooth or do they have the rough texture to them? 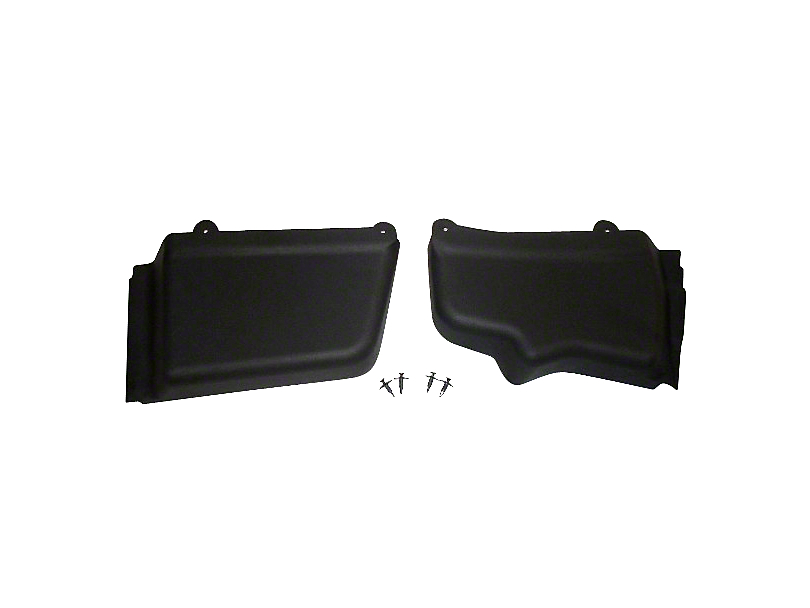