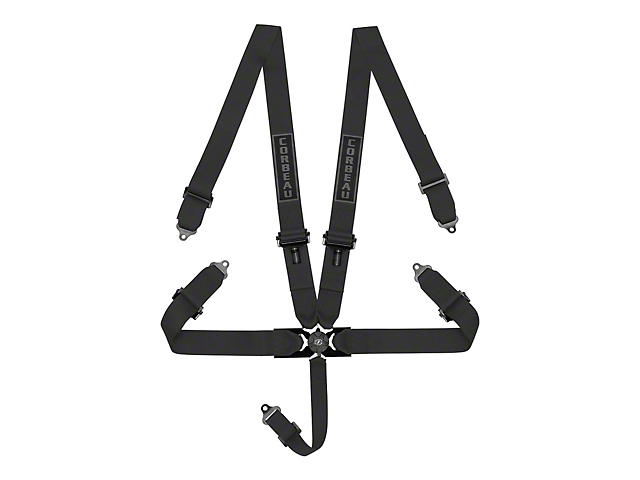 Five Point Harness. Installing a new set of Corbeau Race Seats in your Mustang is great for additional comfort and support, now upgrade your seat belts for additional safety with a Corbeau 5 Point Camlock Harness. A five point harness will keep you securely behind the wheel while you're carving corners.

Comfort And Ease Of Use. The Corbeau 5-Point Harness Belt features state of the art Camlock quick release technology that allows for easy disengagement with just the turn of the dial. This harness also features lightweight pull down length adjusters for a secure, but comfortable fit.