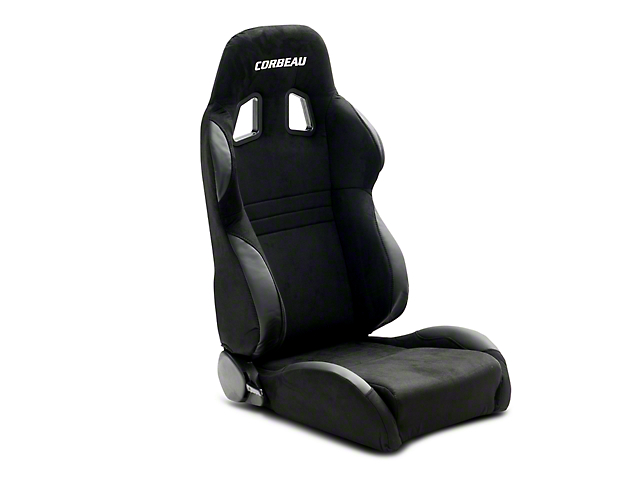 Extra Wide Comfort. If you're looking for an extra wide seat for your 1979-2020 Mustang, but don't want to compromise on quality or style, you've come to the right place. Corbeau's Black Microsuede A4 Wide Racing Seat Pair offers a soft microsuede finish and an extra large seat that comfortably sits a 40 in. waist, but still maintains its undeniable racing style.

Perfect Support. Complete with harness pass throughs and strategically placed leatherette patches to protect your seat from excessive wear, this seat is ideal for the street and the track. It even includes large shoulder, hip, and thigh supports to make driving as comfortable and supportive as possible, even when your Mustang is going at breakneck speeds.

Injection-Molded Foam. In keeping with the unbeatable durability of Corbeau seats, the Black Microsuede A4 Wide Racing Seat Pair is built from high-density injection molded foam. They are then covered with a high-grade, breathable black microsuede, ensuring the seat stays high quality in the most difficult conditions.

Warranty. Backed by a 1-year limited warranty, you'll never have to worry about the quality of your Mustang's seats again.

Installation. Installing the Black Microsuede A4 Wide Racing Seat Pair by Corbeau requires some skill. However, the process can be completed in about 3 hours. 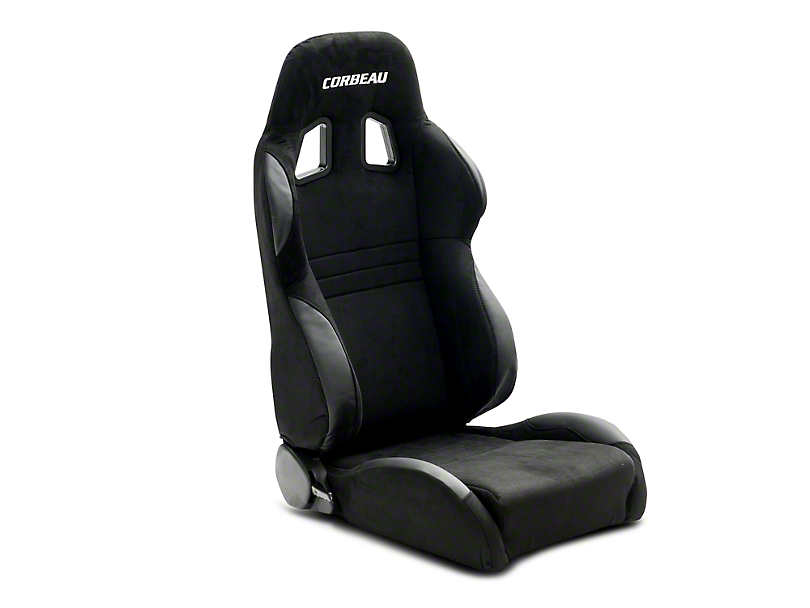