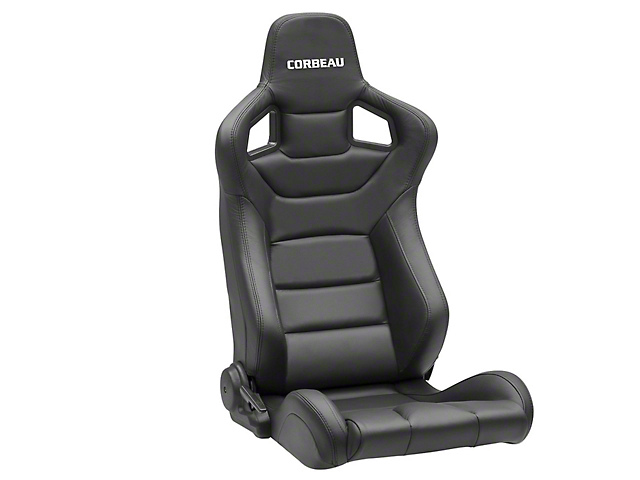 Top-Notch Support. When you're driving your 1979-2020 Mustang, you want to be sure you're getting the proper amount of support to give you the ride you deserve. By installing Corbeau's Black Leather Sportline RRS Reclining Seat Pair, you'll get the support you need, especially in the thigh and lower back regions.

Comfortable Recline. Best of all, the seats offer features like full reclining and harness accommodations that make them incredibly functional, comfortable, and supportive. With this seat pair, your Mustang will be ready to tackle the street or the track.

High-Density Foam. To guarantee a durable build, the Black Leather Sportline RRS Reclining Seat by Corbeau is constructed from high-density, injection-molded foam. It is then covered with breathable black leather with carbon fiber style accents to give you a high-end look and feel.

Warranty. If any part of the seat does not meet quality standards, check out the seat's 1-year limited warranty.

Installation. In order to install Corbeau's Black Leather Sportline RRS Reclining Seat, set aside about 3 hours. The installation process is fairly straightforward, but it does require some skill to complete.