Find Differential Covers for your Mustang 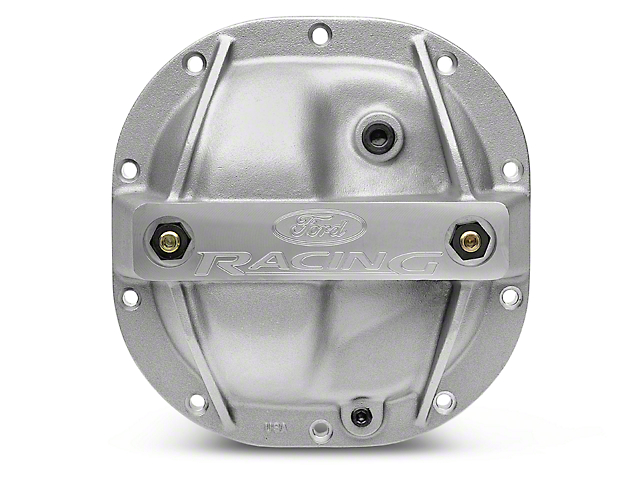 Cast Aluminum Construction. Made in the USA Ford Performance manufactures their Low Profile Differential Cover from 356T6 cast aluminum for superior strength and light-weight. The 356T6 aluminum construction helps to dissipate heat much quicker than the stock unit, which in turn helps to prolong the life of your Mustangs ring and pinion gears. As an added bonus the Cover has the "Ford Racing" logo engraved directly on it.

Direct Bolt-On Installation. Ford Performance designed their Differential Cover to be a direct bolt-on upgrade for your Mustangs factory differential cover. With the included gasket, bolts and washers this Cover can be installed in about an hours’ time.

Recommended Upgrade. When changing your differential cover it is recommended to upgrade to fresh Royal Purple Synthetic Gear Oil. You will require 3 quarts of Gear Oil.