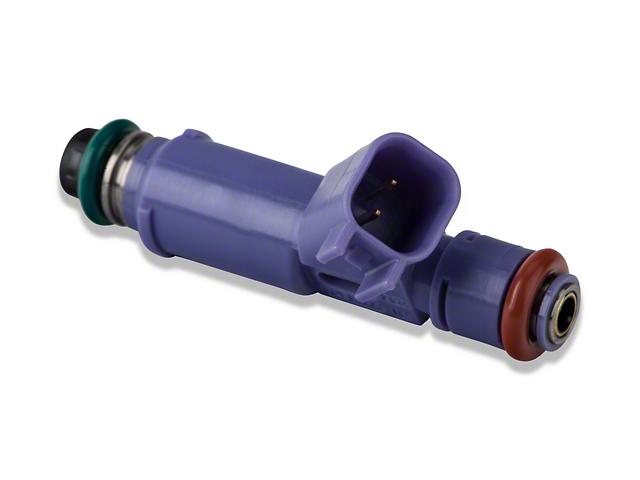 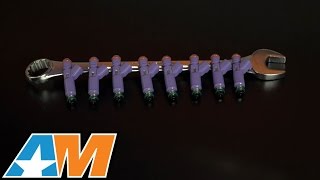 Back Cancel Next Don't see your  ?
Update your
Checking Fitment...
Finished!
Select a different vehicle Help?
Close
Update or Change Vehicle
In Stock
Sorry, please enter a valid US or CA postal code
We're sorry, zip can't be updated at this time.
Add to Cart
Close X
Enter Your Email to Save Products.
In Stock
View Open Box Items
Save for later
Create a list
Add to New List

Hey, everybody. I'm Justin with AmericanMuscle.com, and this is my detailed overview of the Ford Racing EV6 24 and 60 pound injectors available for your 1987 to 2014 Mustang. You should be checking out the Ford Racing option here if you're looking for an affordable replacement for a set of faulty stock injectors or if the quest for big power has you looking for some more fuel. And let's be honest guys. The fuel injector is really only one part of the equation here. You have fuel lines, fuel pumps, regulators, all that other good stuff, but for this video we're just focusing on the Ford Racing injectors here.Now obviously, guys, there's gonna be a huge difference between the two injectors. So let's start with the smaller option, the 24-pounders here, and that's actually the one I have with me on the table. Now, as the name suggests, these are designed to flow 24 pounds of fuel per hour at 24 psi. These are essentially gonna be a factory replacement for any '05 to '09 three-valve GT and even some of the earlier naturally aspirated four-valve Mustangs. These are also gonna be a huge upgrade for any two-valve GT or basically any V6 prior to 2011. Now, if you have a 2011 or a newer V6 or GT, these 24-pounders are not gonna be for you because your factory injector is actually slightly bigger than these.So if you have an '87 to '04 GT or a 4-Liter V6 and you plan on doing a bolt-on naturally aspirated setup, even a mild boost application or some nitrous, these are gonna be an affordable upgrade for you. Now, again, I would probably recommend these things to around a 300 horsepower range, give or take, and that's gonna depend on your fuel pressure or what kind of fuel you're using and also whether you're gonna be boosted or naturally aspirated. The Ford Racing 24-pounders are going to be one of your most affordable options when you're looking for an injector of this size here on the site, coming in around the $200 range for a set of 8. They are gonna featured an 11 to 18 ohm impedance and they do utilize that EV6 body style and connector, making them essentially plug and play for any S197 or those early naturally aspirated core valve Mustangs. Anything else that utilizes a Jetronic-style connector is going to need to purchase the adapter kit, but not a big deal, guys. Super affordable, $30 here on the site for a set of eight of those and they're very easy to install.Now let's switch our focus to Ford's big boy option here, the Ford Racing 60-pounders, which again, will flow 60 pounds of fuel per hour, at 43 PSI. For the most part, guys, this is gonna be plenty of injector for most builds out there. And I say most builds because these will easily support around the 700 wheel horsepower range when the injector is starting to near its full duty cycle. If you are planning on making a little bit more than that, you can always check out Ford Racing's 80-pound option, which is a little bit more affordable, or if you have money to burn, you can always check out Injector Dynamics options as well. They are a little pricey, but they definitely make a solid injector.These 60-pounders are gonna be slightly more expensive than the 24-pound options, as you might expect, but still pretty affordable overall, coming in between the $300-400 range for a set of 8. Now, these 60-pounders are 11 to 12 ohm impedance and they do feature that same EV6 body style as the 24-pound injectors, therefore the same fitment applies. S197s are gonna be completely plug and play while most of the other generations will need to buy that adapter kit. This seems like a great time to bring up the install. Now, installing a new set of injectors really isn't all that big of a deal, especially if you have a newer S197, as these will be completely plug and play, so that makes for an easy 1 out of 3 wrench install job here, guys. Maybe 30 minutes to an hour in the garage or driveway.Now, if you do have the older car and you do have to use the adapter kit, figure a soft 2 out of 3 wrenches on my difficulty meter. You're not doing any hardcore wiring here, but there is a little involved and maybe two to three hours in total install time. This is a great time to also mention, guys, you can't just plug these things in and go without accounting for them in your tune. So most of you guys watching this probably already know this, but again, just wanted to reiterate that point. While these two injectors from Ford Racing are gonna support completely different levels of power, they do both share the common goal of delivering more fuel to your naturally aspirated or boosted setup and do so for a reasonable price compared to your other options.So be sure to check out a Ford Racing injector set for your Mustang right here at AmericanMuscle.com.

Is your Pony Starving? Have you made a number of upgrades to your pony and now it's starving for fuel? Then you may need to step up to a larger size fuel injector. AmericanMuscle now offers a set of 8, 24 lb EV6 Style High Flow Fuel Injectors from Ford Performance.

High Performance Applications. This Ford Performance High-Impedance Fuel Injector has a USCAR electrical connector with a six hole design that flows 24 lb/hr and are specifically designed for high performance applications.

Please Note. 1986 to 2004 Mustangs with Jetronic/Minitimer Style Injector Harness will need to Ford Performance part# M-14464-A8 to convert it to a USCAR setup.