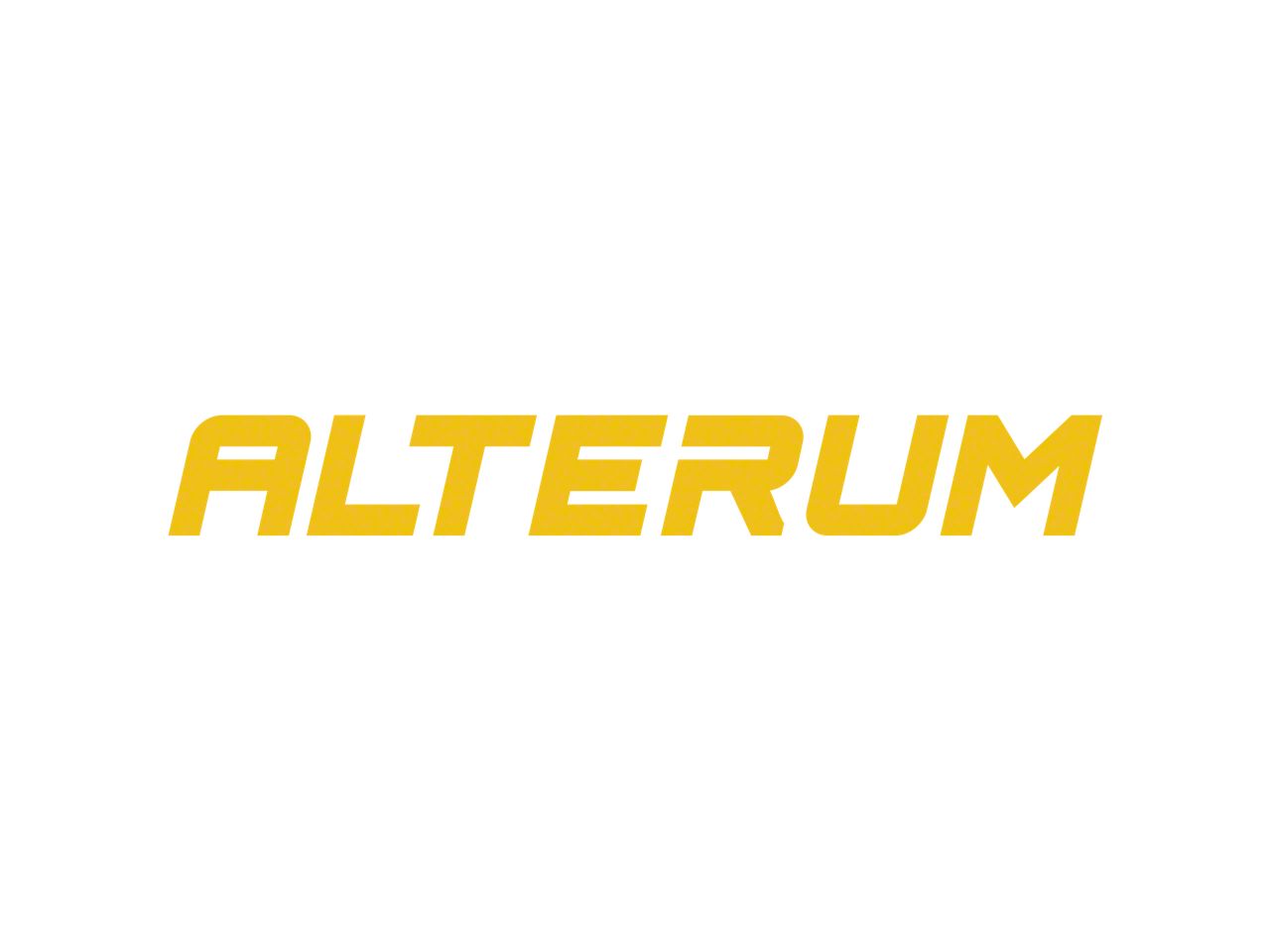 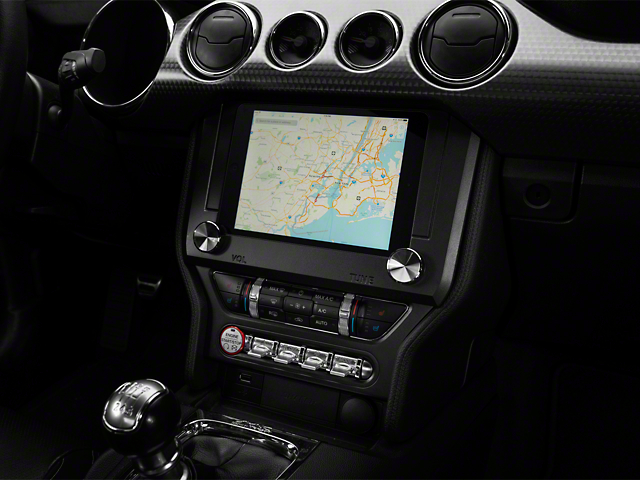 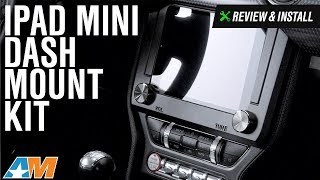 View Full Transcript
iPad Mini Dash Mount Kit. The Ford Sync system makes it easy to connect your Apple iPad Mini to your 2015-2020 Mustang's sound system via blue tooth connectivity, but there is no place to safely mount your iPad. Are you sick and tired of your iPad sliding off the seat every time you come to a stop? If so, you need an iPad Dash Mount Kit. The iPad Dash Mount Kit installs directly over top of your Mustang's radio/navigation face plate for a totally OEM appearance. But, seeing it is only held in place with neodymium magnets it can easily be removed with no disruption with the operation of your stereo or navigation.

Straight Forward Installation. Installation is straight forward, but will require removing the stock radio/navigation face plate in order to adhere neodymium magnets to the back. The neodymium magnets will keep the iPad Dash Mount securely in place. After the magnets have been attached, the face plate will be re-installed as normal. The installation process will take about two hours to complete with no drilling or cutting required.

Application. This iPad Mini Dash Mount Kit is designed for use with all 2015-2020 Ford Mustangs including the V6, EcoBoost, GT and Shelby models. An iPad is not included, please choose your style of iPad Mini from the options listed above.

Can you charge the device while it is mounted?

Could you use this with an Android tablet that is the same size as the iPad Mini?

Can you connect your rearview camera to it?

The iPad mini 5 has the exact same dimensions as the iPad mini 4 I don't understand why this wouldn't work with it.

Will any of the vversions work with the ipad mini 5?

2.7 out of 5 overall rating from 9 customers
Reset 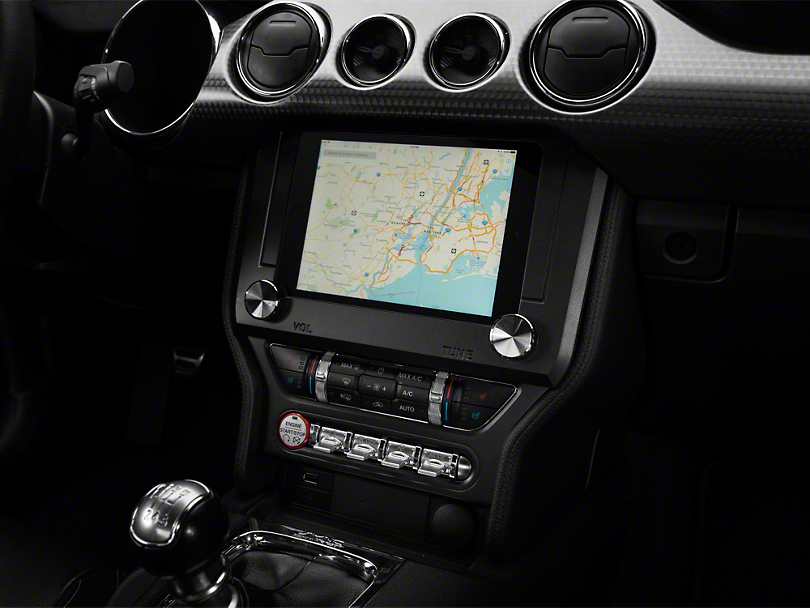