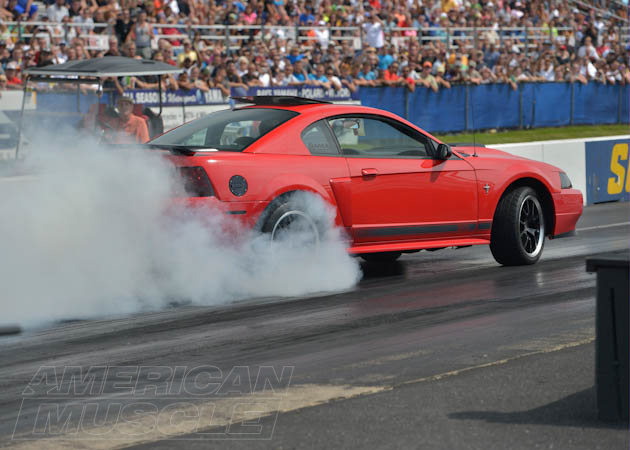 If your Mustang requires a new clutch why not upgrade your flywheel at the same time? You have many, many options available for your New Edge Mustang so grab a new, upgraded flywheel.

If you're replacing your Mustang's clutch, you are going to want to grab a new flywheel as well. Upgrade from your current flywheel while choosing from the top brands in the industry.

What Does A Mustang's Flywheel Do?

A flywheel is a large circular plate that is installed on the back of an engine on cars equipped with manual transmissions. The flywheel is used as a surface for the friction material of a clutch disc to ride. Clutch discs are clamped between the clutch pressure plate and the flywheel.

As the flywheel turns, it rotates the clutch disc and transmits power to the transmission. The flywheel needs to have a clean, fresh surface when installing a new clutch.

Much like brake rotors, it needs this clean surface to properly bed the clutch for optimal operation. Some people choose to resurface their stock flywheels, but now is a good time to replace that heavy factory flywheel with something lighter! 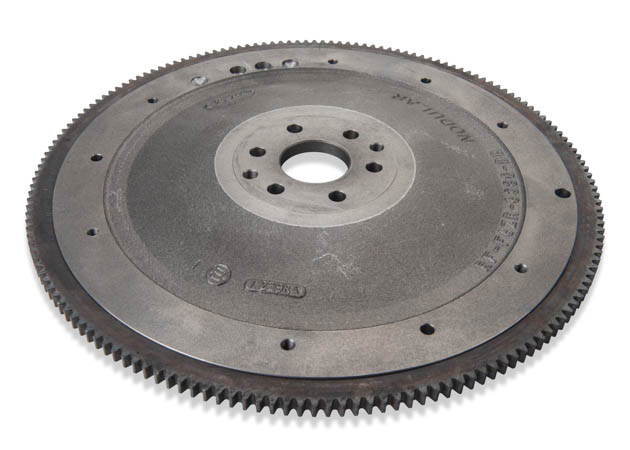 Stock flywheels are made from iron, and this heavy flywheel will drag the engine down because it takes more energy to get it rotating. The lighter you can make any parts that rotate, the faster the engine will be able to rev up, getting you into your power band sooner.

Should I Swap my Mustang's Flywheel When Changing Clutches?

Flywheels are a highly recommended upgrade to complement the purchase of a new clutch, but they’re often seen as not necessary by consumers. The truth is very much the opposite - a new flywheel will ensure you’re going to get the best engagement possible from your new setup. It will give the clutch a fresh new surface to grab rather than one that’s resurfaced, and had been used for the last 20 thousand miles plus. Replacing the flywheel when you swap out your clutch components is fairly simple and is without question worth the added peace of mind and extra performance! 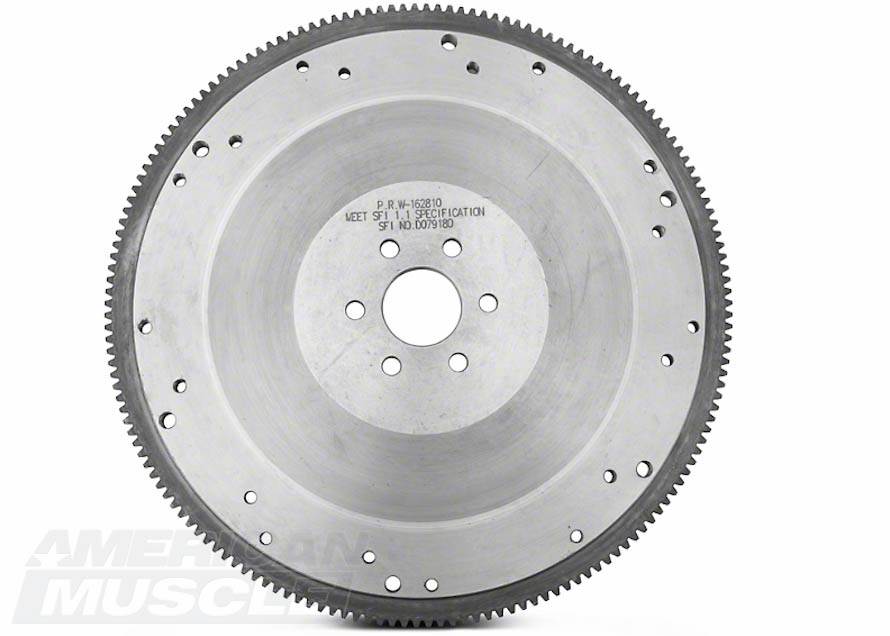 Should I match my Mustang’s clutch and flywheel by brand?

Most companies design their flywheels and their clutches to be used in conjunction with one another. They are machined to precise tolerances to ensure precise engagement, optimum grip, and the prevention of any premature failure. We highly recommend matching your clutch brand to its respective flywheel for the best results (i.e. Exedy clutch with Exedy flywheel). 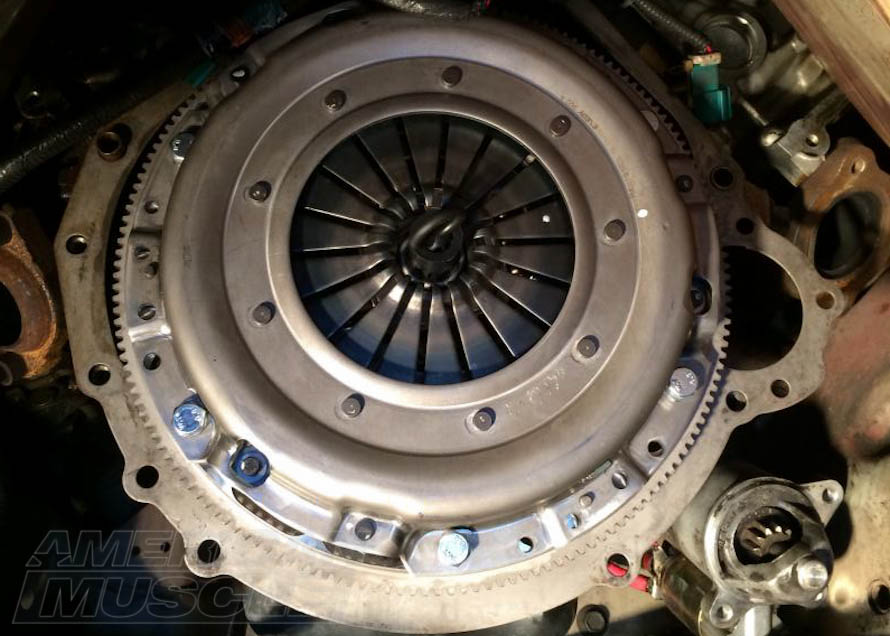 Which is a better flywheel material for a Mustang; steel or aluminum?

Flywheels are available in one of two materials: steel or aluminum. Deciding which route to take will be based largely on your intentions for your Mustang. For a daily driven or slightly modified Mustang, you can’t go wrong with either choice. Steel is a direct factory replacement and is what most people choose for their daily driver due to its durability.

Steel flywheels typically weigh about 15 pounds and aluminum flywheels weigh around 12 pounds. Lighter flywheels will take some getting used to. They rev up much quicker, so less throttle input is required to get to your desired RPM.

They also make it more likely that the engine will stall, but by increasing the cars idle RPM and using a careful foot, you will be able to adapt to the lightened driveline. Stock flywheels will make daily driving easier compared to steel or aluminum, but the steel or aluminum flywheel will make your car accelerate quicker.

The aluminum offers the greatest reduction in parasitic drag, but will the trickiest to drive in traffic. If you have a Mustang that you daily drive or drive mainly on the street, a steel flywheel would be the best option for you. 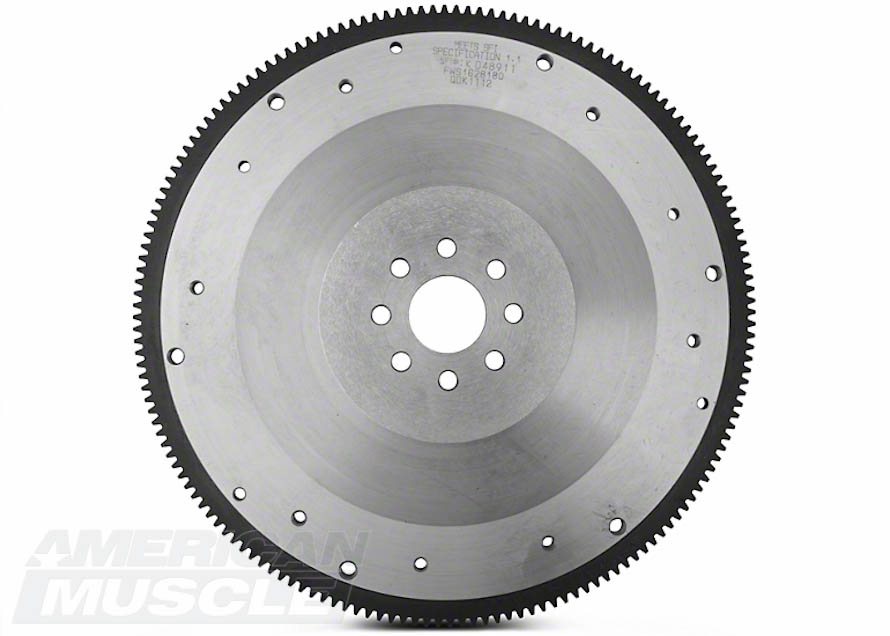 What flywheel will give my Mustang better performance, steel or aluminum?

Since the steel has a heavier rotating mass, the weight helps the motor start spinning easier and quicker at lower RPMs. This makes daily driving easier on both your left foot and the engine. The aluminum flywheel is typically a better option for Mustangs that make power in the higher RPM ranges. With its lighter rotating mass, it’s able to rev faster which puts the car into its power band faster.

Be careful when placing your order, and be sure to order the proper flywheel for your year/model Mustang. One way to know for sure is determine which engine/trans combination you have. 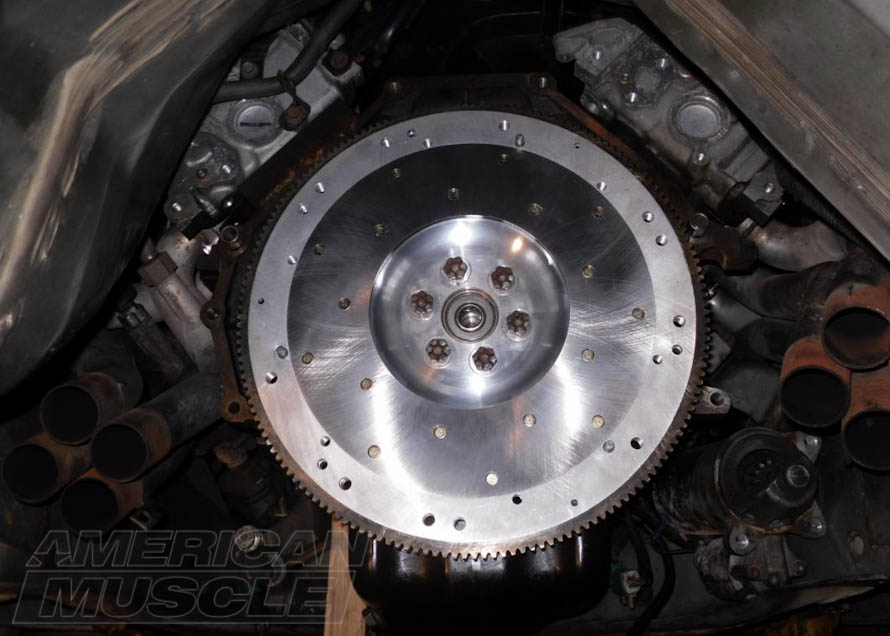 What are the advantages to an adjustable clutch cable?

In stock form, you Mustang’s clutch leaves you with limited adjustability. With aftermarket accessories, there are three main parts that help to control the clutch from the moment you press the pedal - the clutch cable, clutch quadrant and firewall adjuster. These items help to complete your clutch connection and improve your power delivery. The stock components are usually made of weak plastics, good only for daily driving. They become worn and bent over the years, and they should be replaced with stronger components. Below is a chart listing the benefits of the aftermarket options.​ 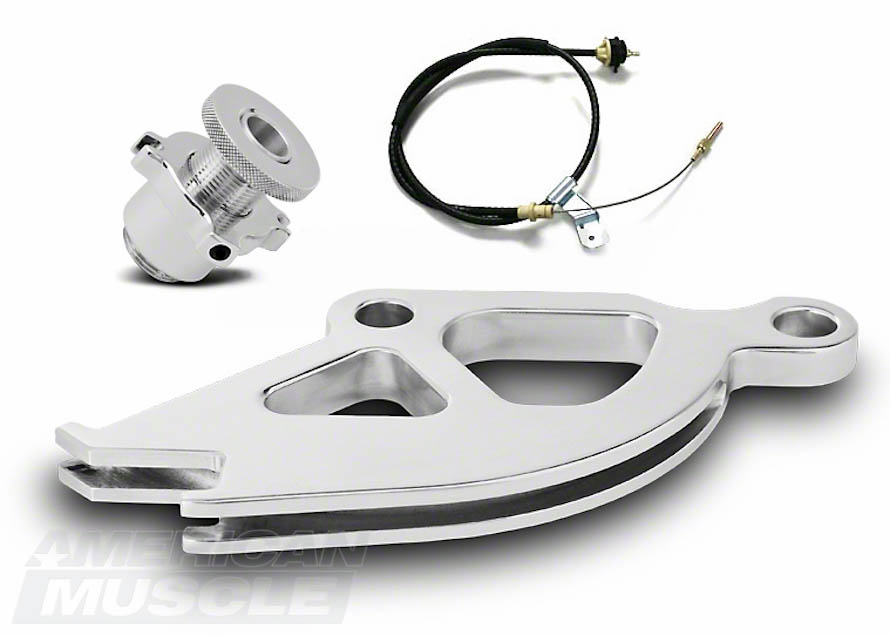 Clutches and flywheels are very important components of any manual transmission Mustang; it’s where the engine starts to put the power to the wheels. When accessorized correctly, you can take full advantage of the clutch and use all of its potential gripping power. When upgrading your system, another option would be a hydraulic clutch conversion.

This would replace the traditional cable system with a modern hydraulic linkage for a smoother and more manageable clutch operation. Upgrading your flywheel or other clutch accessories, such as the adjustable clutch cable, clutch quadrant, or a firewall adjuster will give you the adjustability you’ll want and need. 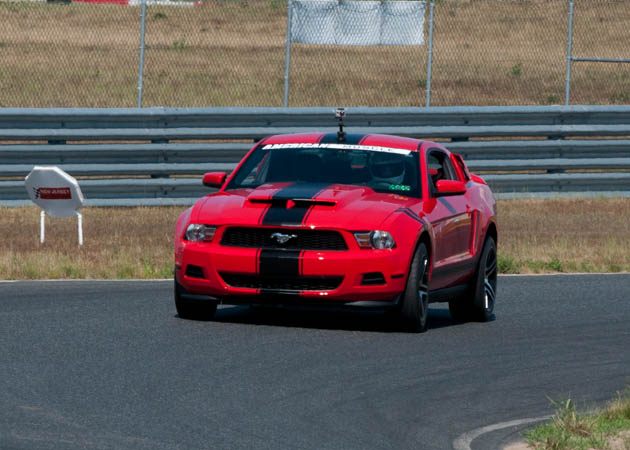 What Mustang Flywheel is Best for My Driving Style?

If your Mustang spends most of its miles running around on the street, resurfacing the stock flywheel or installing a steel flywheel will give you the most consistent and predictable driving.

The heavier weights of these two flywheels will make it easier for you to get to your desired RPM without overshooting, and will help to prevent stalling. Do you spend a lot of time flogging your pony at the track? Does it rarely see street use?

Then a super lightweight aluminum flywheel would be best for you! One thing I would recommend to all Mustang owners, is to make sure that you always install a flywheel with a clean surface when installing a new clutch!

The larger 10.5-inch disc has greater surface area thereby providing more grip and holding capacity. Upgrading an older 10-inch SROD or T5 manual Foxbody to the larger 10.5-inch is easy – just get a new 10.5-inch clutch with matching flywheel and new bolts and it will fit right on with no issue. 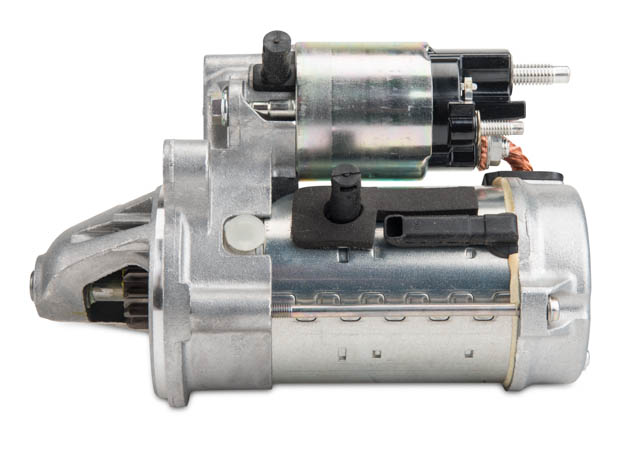 Flywheels also have a toothed ring around the outside edge. The starter bendix engages these teeth when you start the car, and it turns the engine over to get it started. If you are installing a starter with a different number of teeth on it, you may be required to install a different flywheel to ensure proper operation.

This is fairly uncommon, but it is always wise to double check before replacing your starter. You will also want to confirm that your replacement flywheel has the same number of teeth as a stock flywheel does.