Find Hoods for your Mustang 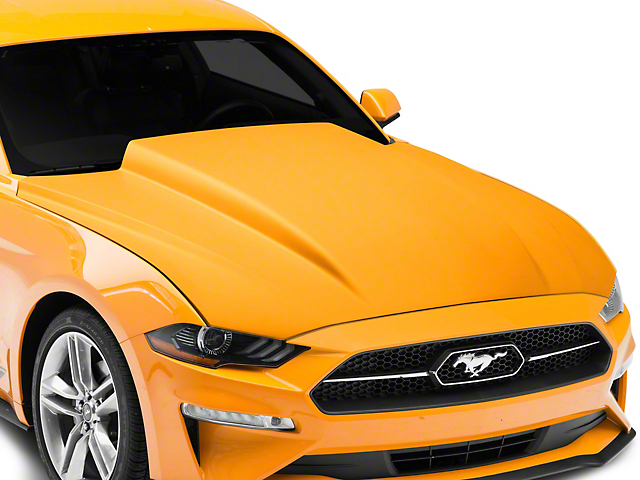 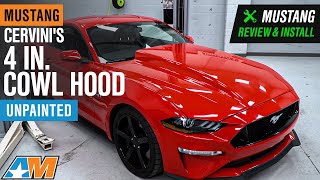 More Room Under the Hood. This unpainted Cervini’s 4-Inch Cowl Hood is designed to give your Mustang’s hood a tougher, more aggressive look. It also gives you more room under the hood, with 4 inches of extra space to clear large superchargers, engines, and other components that might get in the way of the OEM hood. Moreover, this cowl hood also features a channel underneath to keep the washer nozzle hoses and turn signal wires neat and concealed.

Heavy-Duty Fiber Glass Construction. For guaranteed toughness and long-lasting durability, this cowl hood is constructed out of aircraft-grade fiber glass. It’s topped with a gel-coat finish that’s ready for customization for a seamless match with the look of your Mustang. Meanwhile, the heat-extracting louvers located underneath are made with high-quality polyurethane.

No-Cut, No-Drill Installation. This cowl hood has been engineered to fit perfectly onto your Mustang using the factory hinges and latching system. There’s no need for hood pins, or any cutting, drilling, or other forms of modification. Proper installation can be completed in approximately 30-45 minutes.

Comes With a Limited 90-Day Warranty. Cervini’s warranties that the fiber glass parts of this cowl hood will be free from any defects in materials and construction within 90 days from the date of purchase. The urethane components, meanwhile, have a limited lifetime warranty. For any questions about the coverage, return policies, and claiming procedures, kindly get in touch with customer service.

Application. This unpainted Cervini’s 4-Inch Cowl Hood can be installed on 2018-2021 Ford Mustang GTs and EcoBoosts.