Challenger Axles: Transferring Power from the Drivetrain to the Wheels

Your Challenger's drivetrain is responsible for getting power to pavement. With more horsepower comes more strain, and your drivetrain will feel the hurt first. Be sure to upgrade your Challenger appropriately if you're planning on serious power adders.

The differential of the Challenger is something that’s often left unspoken - let alone the components within. This is a surprise considering the differential assembly plays such a critical role in the operation of the Challenger. The rear differential is designed to take the rotating motion of the Challenger’s transmission and transfer it to the wheels. Each component in these housings plays an important role in making sure the power is transitioned smoothly. When it comes to performance driving, each component is put through a tremendous amount of stress and parts can break. Some parts that are particularly susceptible to this issue are the axles themselves. 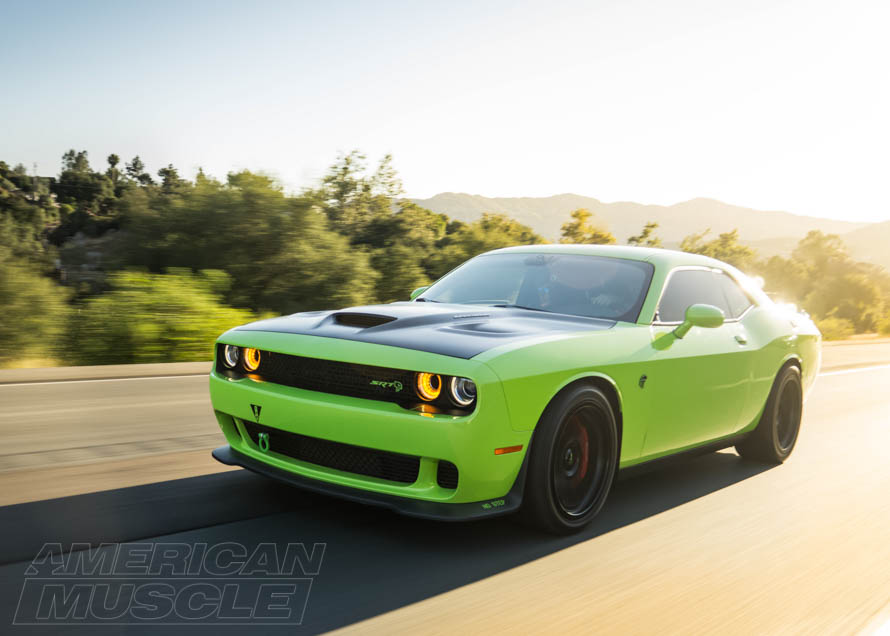 What is an Axle?

The terms differential and axle assembly are thrown around often, leaving one to wonder what is what. The axle is the part of the rear differential assembly that connects the differential to the wheels of the car.

On late model Challengers, CV axles are in use instead of the solid axles that you would find on a first-generation Challenger. A CV axle is a Constant Velocity shaft that is used so the rear suspension can work independently.

Axle shafts are largely defined or judged by their spline count. This is because spline count can be a direct indication of an axle’s strength. When you take into account how thickness doesn’t always change between the axles available to a particular application like the Challenger it can seem a bit confusing.

Having a higher spline count spreads the force over a wider area. This is important when you consider the kind of forces the axle is dealing with. When you rev your Challenger at the starting line and suddenly throw all of the force from the engine to the wheels, those axles are going to take a serious blow. To top that off, that force needs to overcome the weight of the car and the pavement working against the turning motion. The splines need to handle all of those forces as you continue to push the car forward with raw engine power. Having a lower spline count means that a smaller area will be impacted. The concentrated force makes it easier to break parts. Spreading the force out makes it harder for the axle to break.

Of course, you don’t have to rely on the factory Challenger axle configurations. Aftermarket axles with increased spline counts are available for those looking to build their differential. With strength in mind, there are options beyond simply upping spline count on the axle.

Materials Used: Axles are made of metal, and from the factory, steel is the go-to choice. Steel axles on Challengers can run into a range of issues. Even outside of the initial shock of power being applied, wheel hop can occur. Wheel hop occurs with independent rear axle designs. Since the wheels can move up and down freely of one another, the sudden gain in traction tends to make the wheels bounce a little. These vibrations are another problem resulting in broken axle shafts. For those looking to send serious blows to the rear axles of their Challengers, Chromoly is the go-to axle material. It is not invincible but it is far less likely to cripple under the stresses of drag racing.

Upgrading the axles isn’t the only reason to be cracking into the rear differential assembly. Many Challenger owners are going to crack into the housing to make upgrades to the differential carrier and ring gear. This begs the question of “can you build your differential to a point where the axles should be upgraded?”

Differential Type: The differential in a Challenger is usually a limited-slip unit. Very few who drive the car daily will want to change this unless it’s time to service the unit. Serious drag racers will want to spend the time to install a spool or locker differential to the car for better acceleration. With that in mind, we suggest upgrading the axles when moving to a spool because these units are designed to provide maximum traction to both axles at all times.

Ring Gear: When upgrading the ring and pinion you will be left asking yourself the same question. With enough power and the factory ring gear, launching on factory axles is already dodgy. Using lower ring gear will have the tires up to speed quicker will also mean those forces are applied to the axles faster as well making it well worth considering upgrading the axles with the use of a lower ring gear.

While You’re at It: Dealing with a broken axle is not a good situation. Even if it doesn’t happen on the spot, forces can create cracks in the axle that won’t result in the axle giving up until a later date. If you are already dumping money into a new set of ring and pinion gears and a new carrier you might as well invest in a set of strong axles. There is no such thing as having too strong of axle shafts.