Air and fuel are the two key things you need for combustion and therefore high horsepower Challenger builds. When you increase the volume of one you should upgrade the other to keep everything running smoothly and efficiently. Keep in mind that rich (excessive fuel) mixtures are significantly safer than lean (not enough fuel).

Fuel is everything to your Dodge Challenger. Without it, your engine will fail to even run, let alone produce the throaty horsepower that it’s known for. Calling fuel vital for your car’s performance is an understatement. Thing is, the need for proper fueling becomes ever more important with the addition of high horsepower mods to your Challenger. Now—get this—the showroom stock fueling system isn’t adequate enough to handle that extra kind of performance. Thankfully, there’s a whole host of aftermarket fueling parts readily available to improve the flow of fuel into your Challenger’s power plant. In the guide below, we jump into the essential components of the Dodge fueling system and what it will take to support big horsepower builds. 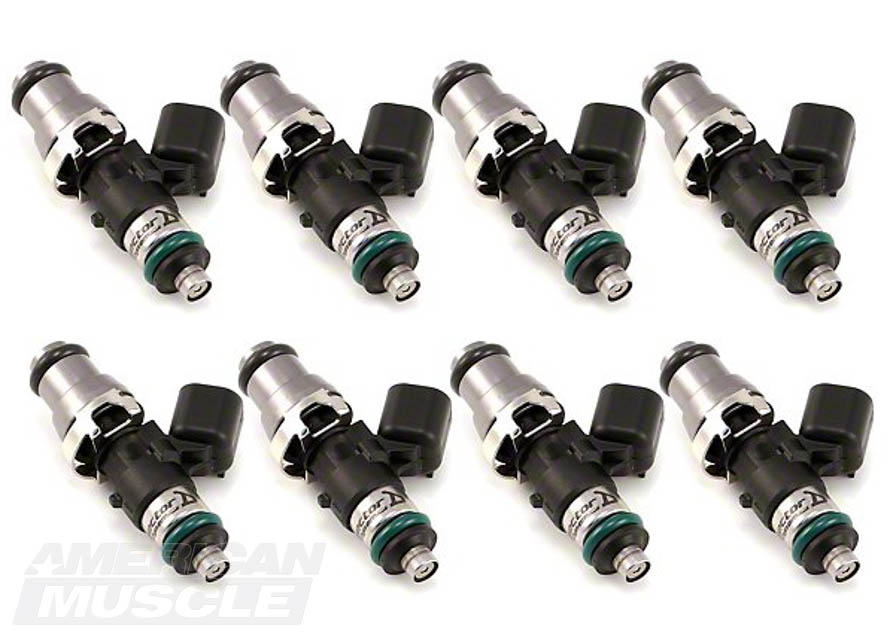 Importance of a Proper Air/Fuel Ratio

Fuel is absolutely fundamental in the combustion process inside your engine, yet it is useless without being partnered with the proper amount of oxygen. Having the correct mixture of the fuel and air—also known as the air/fuel ratio or AFR—ensures that there is neither of each left inside the engine after the combustion process, which promotes efficiency and therefore horsepower. There are two general issues when discussing AFR: either having too much fuel (running rich) or having too little fuel (running lean) in combustion.

Running lean is dangerous for your engine, period. Without a proper amount of fuel, it’ll cause the engine temperatures to run high. So what’s the big deal? Too much heat can burn pistons and valves; a real costly headache. Other signs of a lean mixture are backfiring under deceleration, poor throttle response, and lengthy warm-up times.

Running rich, on the other hand, isn’t nearly as dangerous, but will likely rob performance from your Challenger. Most symptoms of a rich AFR are poor fuel mileage, sluggish power output, rough idle, and pungent smells of gasoline coming from your car’s exhaust among other things.

Let’s back up for one second before talking about fueling modifications. If your Challenger is showroom stock, there’s no need for throwing any money or time at upgrading its fueling. The boys at Dodge have done their homework of finding an AFR that burns efficiently and powerfully.

Modifications to the fueling system become important when your Challenger’s engine gets equipped with aftermarket power upgrades, like throttle bodies, intake components, camshafts, cylinder heads, among other pieces. A proper AFR will help extract all of the horsepower these upgrades have to offer.

Fuel Pumps – the Heart of the Fuel System

The basis of your Challenger’s fuel system is its fuel pump. This pump is responsible for moving gasoline out of the fuel tank and to the fuel rails and injectors, where it can be given to the engine to create the combustion process.

Upgrading your Challenger’s fuel pump should come at a time when you need to increase the system’s flow rate, like the addition of an aftermarket supercharger. By adding a forced induction power adder to your build, the AFR is going to run quite lean—hence the need for an upgraded fuel pump to supply the engine with the proper amount of fuel to run efficiently.

But let’s not forget, without additional fueling upgrades like fuel lines, injectors, and fuel rails, throwing a higher output pump at your Challenger is almost useless. The rest of these pieces ensure that the extra fuel flowing through the pump reaches the engine efficiently. So much so that aftermarket supercharger companies—like Edlebrock and Procharger supply them in their bolt-on kits, with no fuel pump included. That said, these manufacturers have found that the OEM fitted V8 fuel pumps are adequate in providing enough gasoline to the Challenger’s engine, with the exception of ultra, high-horsepower builds.

The job of fuel injectors is simple. After being delivered fuel from the pump by the lines and fuel rails, the injectors are then responsible in spraying (or injecting) the correct amount of gasoline into the engine to achieve a proper AFR. Not only are they required to deliver the optimal amount of fuel, they also need to disperse it at a proper angle, pressure, and spray pattern for an efficient burn.

When should you upgrade your Challenger’s fuel injectors? It’s dependent on the build and other power adders. If your Challenger is bone-stock or has a few minor bolt-on aftermarket parts—like a cold air intake—it’s not worth worrying about upgrading its injectors because the extra fuel in the combustion chamber will only make insignificant performance improvements. Throw a forced induction system or serious internal upgrades at the Challenger’s engine, however, and the need for high-flow injectors becomes more necessary.

Really, it doesn’t matter how much flow your fuel pump or injectors are capable of without having an unrestrictive, high-flow set of fuel rails to transfer the gasoline in between them. What exactly are they? Fuel rails are a set of high-pressure pipes designed to efficiently distribute fuel to each of the injectors. Stock units, however, often feature restrictive bends and small passages, which hinder their ability to deliver an adequate amount of fuel.

Throwing a set of aftermarket fuel rails at your Challenger will improve the flow of fuel to its injectors, with an added bonus of adding some flare under the hood. Since fuel rails are perched atop the engine, a set of aftermarket rails will pop to whoever looking at it. They are often constructed of lightweight aluminum and polished or anodized in an eye-catching color.