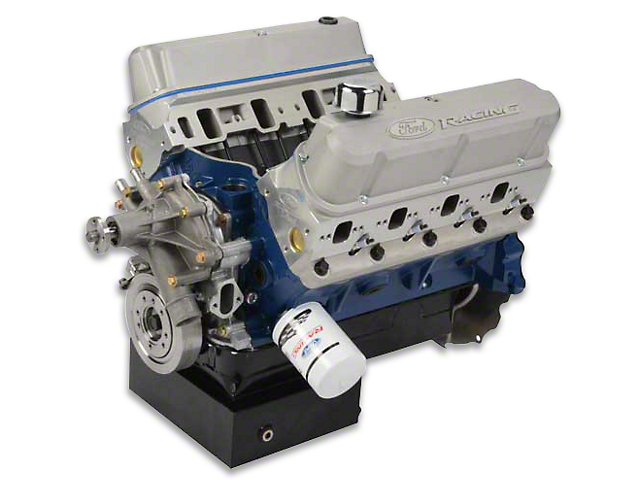 Provides Big Block Displacement on a Small Block. Ford’s engineers have maximized the biggest small block that they have, the legendary Boss 351. The result is the outstanding Ford Performance 460 CI 575HP Boss Crate Engine. The small block generates horsepower and torque that is usually only found in big blocks. This makes it ideal for use in applications where big block performance is needed.

Built with High-Quality Parts. The Ford Performance Z460 Boss is designed with all the best parts to provide reliable performance. That’s because it incorporates parts from well-known and trusted aftermarket brands like Mahle, SCAT, Clevite, COMP, PAC, Fel-Pro , and more.

Straight Forward Engine Swap. This Ford Performance Z460 Boss Crate Engine is designed to fit most applications without modification or changing the included components. Depending on the application, the timing cover, water pump, oil pan, and pickup may need to be replaced. A distributor, neutral balance flywheel, and intake manifold are required to complete the installation and must be purchased separately.

Ford Performance Limited Warranty. The Ford Performance Z460 Boss is warranted to be free of defects in material or workmanship for 2 years or 24,000 miles traveled - whichever occurs first - to the original retail purchaser. Refer to manufacturer’s full warranty for exclusions and details.