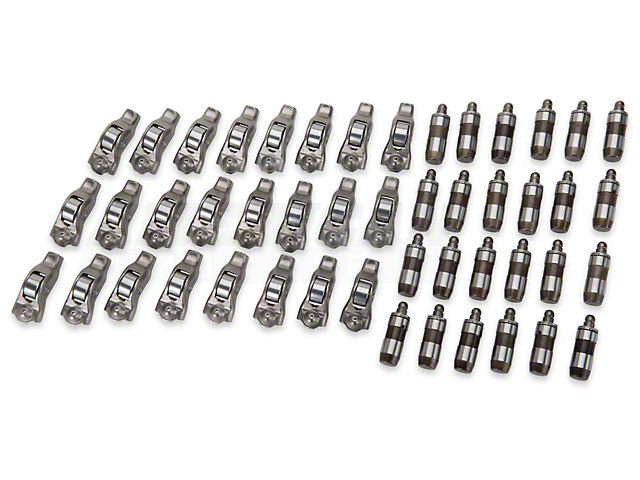 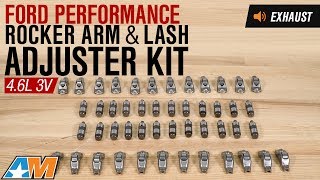 The Ford Performance rocker arm and lash adjuster kit will appeal to 3V owners out there for two big reasons. First and foremost, this OE replacement kit will be a great solution to a set of old or worn out stalkers, which are more than likely producing that dreaded tick noise coming from your top end. Secondly, if you are replacing or upgrading your camshafts, this would be the time to install the Ford Performance kit in order to freshen everything up, since the cams do need to come out to install or replace this kit. Pricing is going to land you just south of $300, and it is going to get a full three out of three wrenches on the difficulty meter, as there is some pretty in-depth work required. Now, this kit from Ford Performance was actually the OE equipment on all 2005 to 2010 Mustang GTs. So in a sense, yes, it is a Ford Performance part. But at the same time, don't expect to be getting some beefed up part here, because that simply just will not be the case. The only upgrade here with this kit is that everything is completely brand new, including your 24 rocker arms, in addition to the 24 lash adjusters. So why in the hell do you want to replace these things? Well, like anything, the factory stuff tends to wear out over time, and that's when you start hearing that dreaded tick or some other funky noise coming from the top end. Now, sometimes that noise can actually be coming from your VCT solenoid. But more often than not, you can trace the issue back to the heads, and more specifically to a bad rocker or lash adjuster. So if you have a higher mileage car and you have encountered this noise, this kit along with a new set of phaser bolts would be highly recommended. That's because those bolts are only a one-time use item, and after all they're only about $20 on the site. So just do yourself a favor and grab those, which does lead me to my next point. In order to install this kit, the cams do need to be removed in order to access everything. So that being said, this would be the perfect time to consider going with an aftermarket cam to really wake up that 3V, in addition to getting that nice choppy idol a lot of us gearheads really dig. In fact, Ford Performance does offer their hot rod cams. Comp offers their Mutha' Thumprs. So you have a few different sets on the site to consider. Just keep in mind though, however, guys, some of these do require the use of aftermarket valve springs. Speaking of springs, you'll also need to compress the valve springs in order to get the followers out. So just make sure you're prepped for that. If you don't have one, some local parts stores will even rent out a valve spring compressor tool. Or on the other hand, if you want, just go completely balls to the wall. Throw on a gnarly cam, add some valve springs, and then tie it all together with the Ford Performance kit that we have here, and essentially you have a completely refreshed top-end build. But ultimately, budgets will determine just how much work you want to do to your ride, and that is going to be your call. Speaking of work, this kit will involve a lot of it. So I'm going to go three out of three wrenches here, guys, on the difficulty meter. Maybe a half a day to a full day in the shop or garage, depending on your expertise. You are going to need the whole toolbox for this one, including the timing wedge tool to keep that timing chain in check while you are disassembling everything. But ultimately, guys, if you're not up to diving into the motor, removing the camshafts, and everything else that comes along with the rocker arm and lash install, you might want to leave this one up to your local shop. So if you guys are suffering from that dreaded tick with your 3V, or if you're just looking to freshen up the valve train for a cam install, you're going to want to grab the Ford Performance rocker arm and lash adjuster kit right here at americanmuscle.com.

Legendary Ford Racing Quality. When you're adding performance parts to your Pony, you can't go wrong by installing parts from the folks that know it best. Ford Racing's legendary quality ensures a perfect fit and years of hassle-free use.

Application. This Ford Racing Rocker Arm and Lash Adjuster Kit is designed for use on 2005-2010 Mustangs equppied with a 3-valve 4.6L SOHC engine, including GT and Bullitt models. Sold as a set of 24 Rocker Arms and 24 Lash Adjusters.

can you replace rocker arms and lash adjusters without removing the cam?

Maybe I am old school, but what about the lifters or are the lash adjusters the same thing or am I missing something?

Hi, I would replace rocker armrs and Lash Adjuster, but There would be someone kindly, which explain the procedure ? I thank AmericanMuscle for its special product and for the availability of everyone

Does this kit change the followers on the cams the rollers. It looks as if it does but not 100 percent sure

Is there a warranty on this item. I got the kit a month or three ago and I believe one of the lash adjusters or rocker arms failed again. 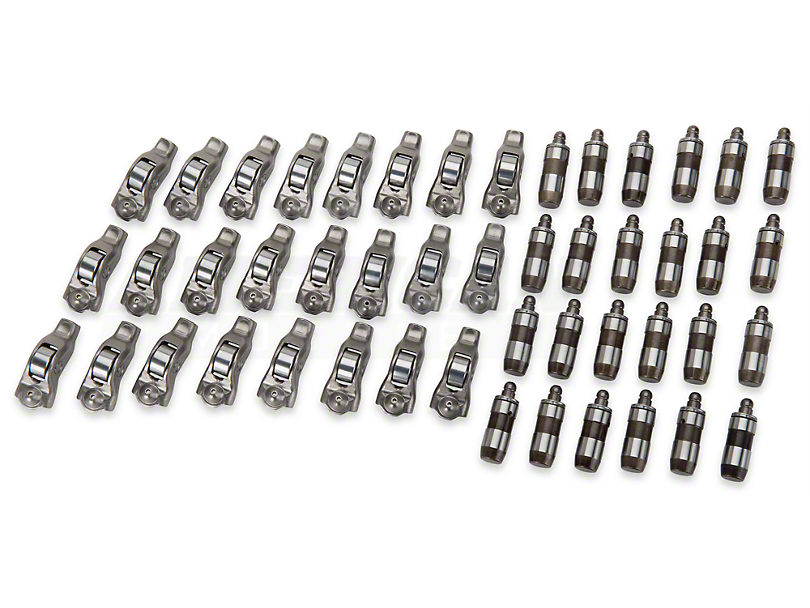