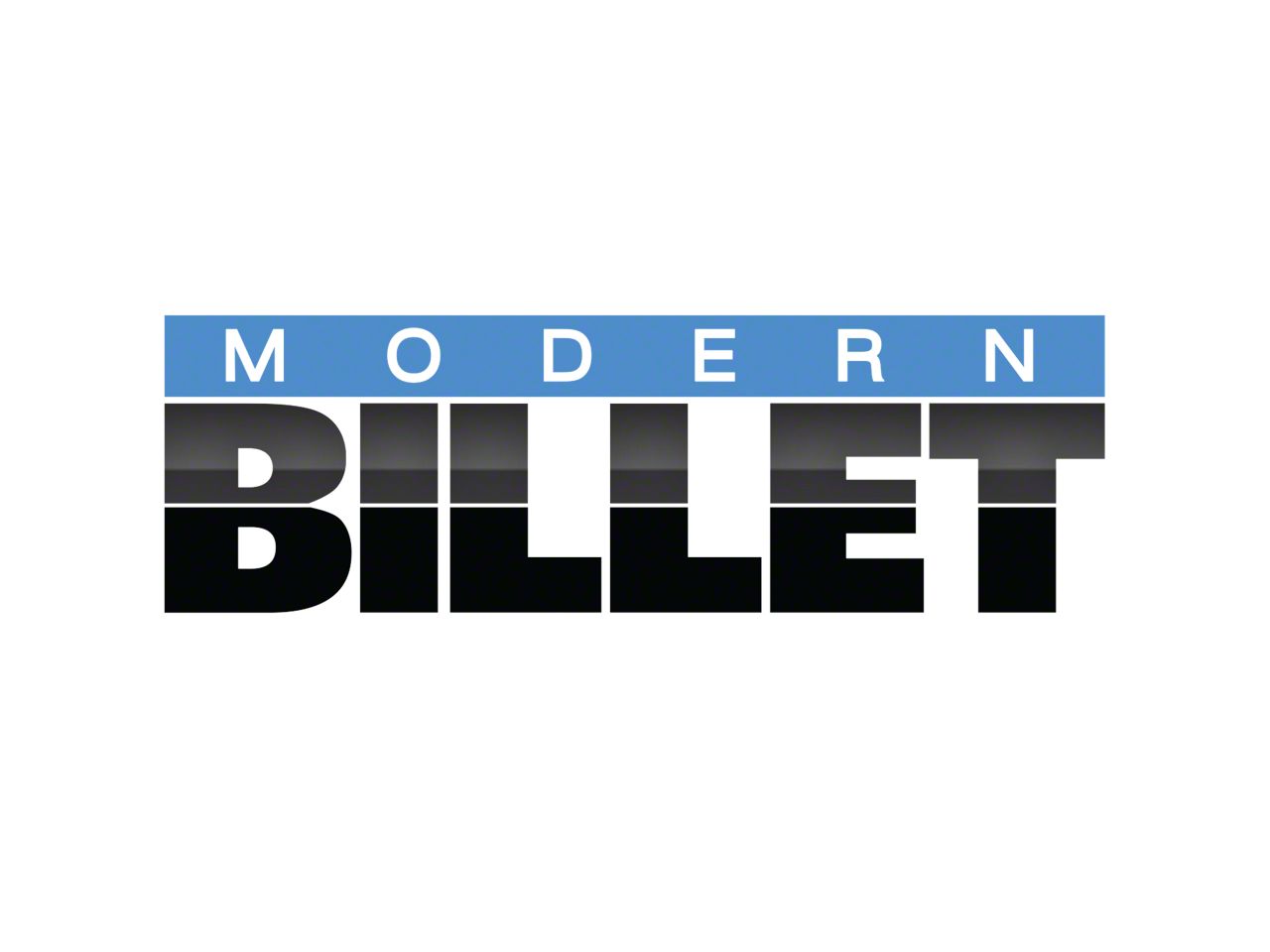 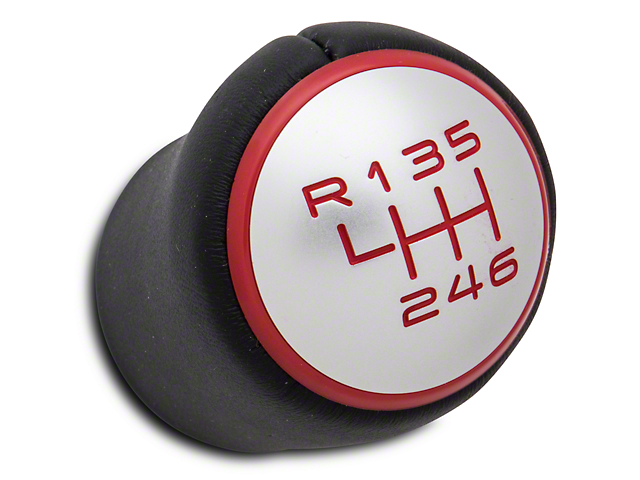 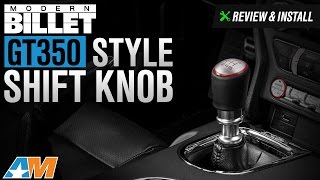 Hey, guys, Adam here with americanmuscle.com. Today I am bringing you a quick overview and installation of the Modern Billet GT350R Shift Knob in both red and black, with a direct fit for all 2015 and newer Mustangs with a manual transmission. So in this video, I will be going over the styling and appearance you can expect from the GT350 Style Shift Knob, as well as the materials and construction. I'll top the video off with the installation, which I will let you know upfront is as simple as, well, putting on a shift knob. This thing should only take you about a couple of minutes inside the car and, of course, the one out of three wrenches on our difficulty meter. The Modern Billet GT350 Style Shift Knob in both red and black finishes will be a direct fit for any 2015 and newer S550 owners who are looking to pick up the extremely limited edition and aggressive styling of the Shelby GT350s for their own S550. Like I said, you both have the red and the black options as far as the shift patterns are concerned, but other than that, it's almost an identical replica to the original GT350. Now, I think it's safe to say that, obviously, the Shelby GT350 and the GT350R are some of the most aggressive Mustangs ever built to this date and would all do some pretty questionable things with [SP] your hands on one of them, am I right? Now, with that said, you can pick up a very, very small detail from those particular limited edition models for your own S550. The shift knobs are a perfect direct fit match for all GT, V6, and EcoBoost Mustangs out there from '15 and the newer generation. Now, with that said, up until now, those shift knobs directly out of the GT350 and 350R would not directly transfer over to the S550s because of a different thread pitch. Now, this particular option was built specifically for the GT, V6, and EcoBoost models and will not fit the GT350R, so you want to keep that in mind going forward. So, as you can see, these will fit extremely comfortably in your hand with the exact shape and styling from those Shelby models I just mentioned and, of course, is wrapped in a very comfortable leather finish with black chrome accents on top and a red leather trim. Now, the only difference between the two I have in my hand is the red shift pattern on this one and the black on the opposite side. Obviously, this is an exact replica from the Shelby GT350 and 350R to fit your GT, V6, and EcoBoost Mustang. Obviously, I can say firsthand this fits extremely comfortable in my hand and it's something I would put on my own S550 if I had one, but unfortunately, they don't fit in the SN95s. Fortunately, I did have the privilege of sitting in the driver's seat of a Shelby GT350R, which you may recognize having here at American Muscle in one of our previous Hot Lap videos a few months ago. Now, I can say firsthand that this does feel exactly like that same shift knob in the Shelby models, so this is something you can expect to be a direct fit replica. Now, of course, it does have that 12-millimeter by 1.25 thread pitch, which is not something that Shelbys have. So, this is a specific fit for the 5.0s, the V6, and the EcoBoost engines. Now, of course, when it comes to our limited styling items such as this one from the Shelby models, you can expect a pretty pricey tag up there when it comes to the cost. Now, this one is coming in right around the $70 mark, which is going to be a little bit more than some of the other shift knobs out there, but, of course, this is not like some of the other shift knobs out there. Since this is going to be a very limited styling, which is something that has a very rare appearance, you are gonna have to pay a pretty penny for it. Now, if that's not something you are looking to do, there are other options out there as far as shift knobs, but if you're specifically looking for that Shelby replica, this is something you're gonna want to get your hands on. Shifting gears over to the install portion of the video, yes, pun intended, this is something that you can install within a matter of minutes inside the car in your own driveway. It's not something you need professional installation for because it is, after all, just a shift knob. All you'll need to do is remove the factory shift knob, screw this one in its place, and, of course, it does retain your factory reverse lockouts so you don't have to worry about that whatsoever. Now, whether you go with the red or black, the install is exactly the same because it's only the shift pattern that is different and, after all, a couple of minutes in the driveway at home, one out of three wrenches on our difficulty meter. Just to wrap things up here, if you're the owner of a 2015 or newer Mustang and you are looking to pick up the very limited edition styling of the Shelby GT350 or GT350R for your interior, you might want to check out the Modern Billet GT350 Shift Knob and either the red or the black finishes with a direct fit to your S550, both of which are available right here at americanmuscle.com.

View Full Transcript
Upgrade in Style. There's no doubt about it. The GT350 Mustang is a thing of beauty in so many different ways. While many of us wish we could afford such a killer ride, we opt for something a bit more in our price range. That doesn't mean you can't enjoy some of its great features in your very own GT, EcoBoost or V6 S550. Modern Billet has crafted this Black GT350 Style Direct Fit Shift Knob with Red Accents to aid in the dream. Row through the gears in your S550 Mustang in style with this simple upgrade.

Quality Construction. Manufactured for superior durability and longevity, this GT350 Style Shift Knob is crafted from black vinyl and features a brushed silver face. Red accents add a pop of color to your interior, both around the top ring and within the 6-speed shift pattern. Not only will this shift knob provide eye-catching appeal, it also fits well in the palm of your hand when shifting through the gears.

Reverse Lock-Out Compatible. Modern Billet specifically engineered this Red GT350 Style Shift Knob to work with your S550's pull-up style reverse lockout mechanism. This prevents an ugly gap between the bottom of the knob and the top of the factory shift boot.

Simple Installation. This GT350 Style Shift Knob features a 12mm x 1.25 thread pitch, so no adapters are required for installation. Simply unscrew your old factory shift knob and screw your new GT350 Style Knob on in its place. Installation couldn't be faster or easier.

Application. This direct fit Red Modern Billet GT350 Style Shift Knob is specifically designed to fit all 2015 to 2020 V6, EcoBoost and GT models equipped with the 6-speed manual transmission and the stock handle with a 12mm x 1.25 thread pitch. Not compatible with Shelby GT350 and GT350R models.

Will this knob fit the Barton hybrid 3 shifter reverse lockout?

I have 2016 GT Premium. one of the reviews says that the reverse pull up get stuck in the shift knob. Would this happen to my shifter too? Also, would I need a jam nut or anything of that sort? I Ask this becoz I bought a similar one from another store and if tighten the knob all the way down as far as it can go down, I cannot get the reverse pull up high enough to put it in reverse. If dont tight it down all the way down , well the knob circles and never tightens. Would this also be same way? Please bear in mind, I do NOT want to use loctite or anything like that. I simply want the knob to be tight and not moving around in old fashion way where it threads until the end/bottom. Please advise..

What kind of modification might be needed to get this to fit on a 2010-2014 mustang GT, since it has the same thread pattern.

Will this knob fit the Steeda Tri-Ax Street short shifter? 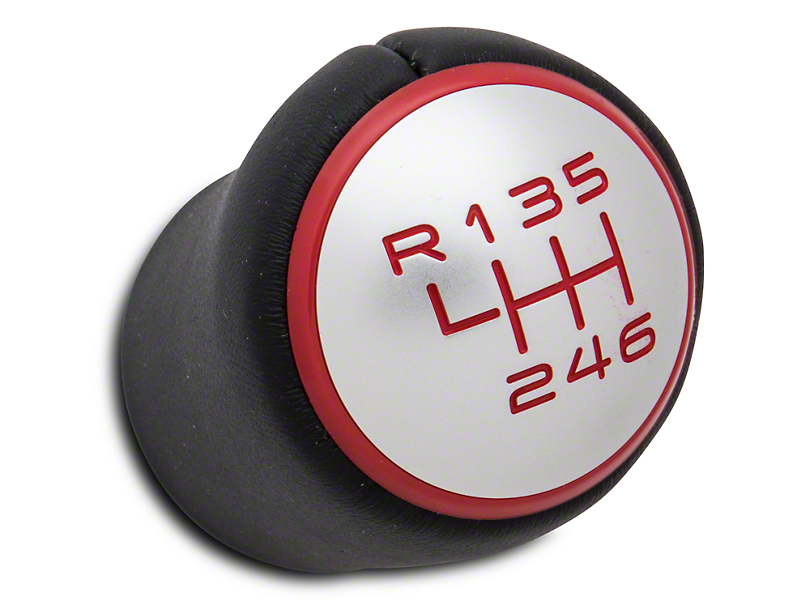