Find Tail Lights for your Mustang

Item 408460
Close X
Enter Your Email to Save Products. 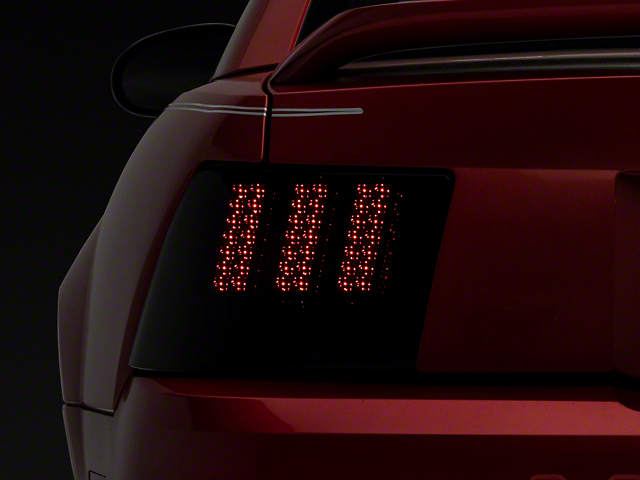 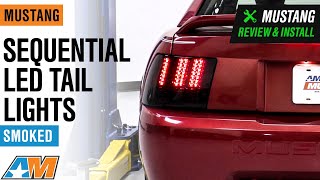 Modern Style and Lighting. An excellent way to revamp your 1999-2004 Mustang's appearance while enhancing your safety is to use this pair of Sequential LED Tail Lights; Smoked. These tail lights feature high-intensity, ultra-bright sequential LEDs for an effective warning for the motorists behind your car. Furthermore, these lights will give your Mustang a more prominent and sleek visual appeal.

Sequential LEDs. Each tail light is designed with premium components that not only looks awesome, but also contributes to your safety when out cruising. When activated, the turn signals or hazard lights will sequence from the center light out and repeat until switched off. This is specifically useful to catch the attention of distracted drivers trailing your vehicle.

Tough and Reliable. These Sequential LED Tail Lights are built to withstand harsh outdoor elements while giving you superior quality visibility. Each assembly comes with a high-strength, smoked lens that matches your muscle car's dynamic lifestyle. Moreover, this pair of lights features high-quality LEDs that are enclosed in completely sealed housings to prevent potential damages when driving on sandy, rainy, or snowy roads.

Plug-and-Play Installation. Designed for easy installation, these Smoked Sequential LED Tail Lights directly bolt to the factory mounting locations of your Mustang. It requires light mechanical and electrical skills to complete the installation.

Meets DOT Requirements. This pair of tail lights not only boosts your Mustang's sporty stance and fierce exterior, but also meets the quality standards set forth by the Society of Automotive Engineers (SAE) and the requirements of the U.S. Department of Transportation (DOT), making them legal for street use.