Should I Upgrade My Alternator?

Your Mustang's alternator is in charge of keeping various electrical systems powered after start up. Depending on your mods, an upgraded alternator can keep your Mustang running smoothly.

Your alternator's job is too keep your Mustang rolling with all of its electronics. An upgraded alternator will let you run a medley of new parts and get your build where you want it. 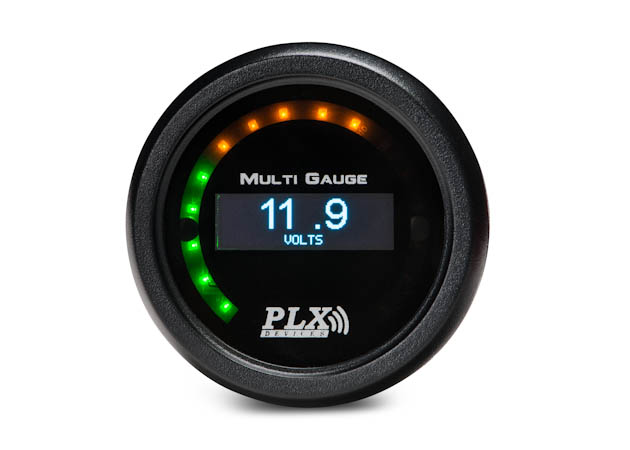 What Does the Alternator Do?

Your Mustang’s electrical system relies on the alternator to keep it running. Once the battery starts the car, the alternator takes over. It recharges the battery and keeps all the electrical components of the car juiced up and working properly. If your alternator is not working properly or is undersized for your needs, the car's systems will not be working at their peak performance. This can lead to a poorly running vehicle and dimming or weakened accessories. On some Mustangs, a weak or faulty alternator can cause many electrical gremlins that result in incorrect trouble codes and diagnoses. 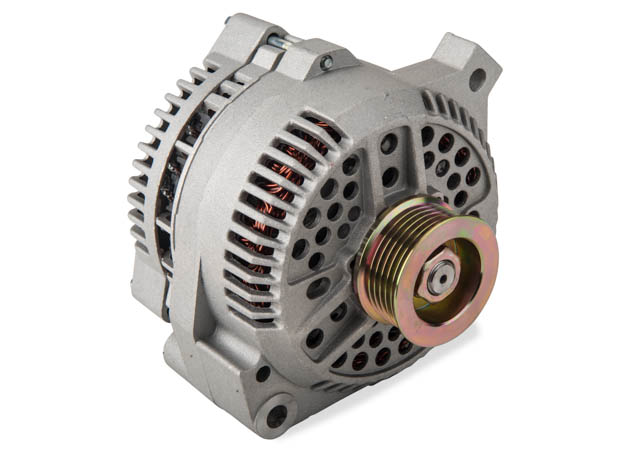 How Does an Alternator Work?

An alternator consists of a few main parts that allow it to do its job. The belt driven pulley on the alternator is attached to an electromagnet that rotates inside a tight coil of wires. As the electromagnet spins in the coil, it generates a large amount of AC (alternating current) voltage. Since vehicle electrical systems run on DC voltage, the AC current is passed through a rectifier which converts it into DC voltage. The voltage regulator on the alternator is controlled by the PCM, which watches the voltage output through the GENMON circuit. As the voltage requirements of the system change, the PCM commands more or less voltage through the GENCOM circuit. Faulty wiring in the GENCOM and GENMON circuits can lead to poor alternator performance, but repairing these circuits if they fail can remedy the charging issue.

Alternators are rated based on the amount of power that they put out, measured in amps. More powerful alternators are able to put out more power while the engine is running, meaning they can power more electricity-hungry accessories. Stock alternators are usually rated around 100 to 150 amps, and will work great for a lightly modified car. If there is too much draw on the system and the alternator can’t keep up, you may notice reduced performance from your Mustang until the load on the system drops. Almost every sensor on your Mustang requires a voltage reference from the PCM, so lower voltage than necessary can cause incorrect readings or operation. It is very important to have an alternator that can keep up! When you start increasing the electrical draw on your Mustang, you should consider upgrading your alternator. 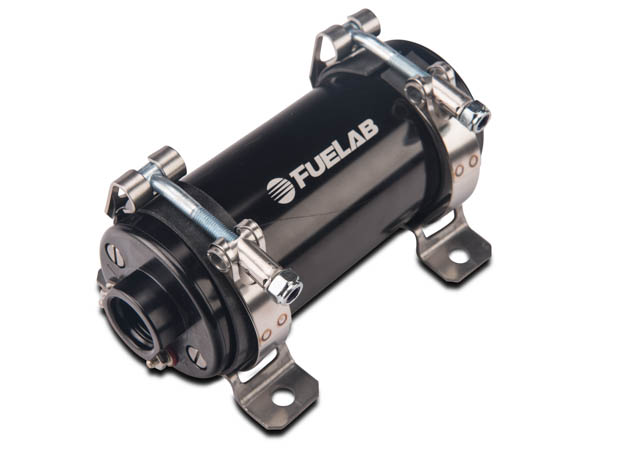 When Should I Upgrade My Alternator?

When adding large sound systems, a lot of gauges, a more powerful ignition system or larger fuel, it may be difficult for your stock alternator to keep up with the increased demand. By upgrading to a stronger alternator, you will be able to support the increased electrical load. While a couple of aftermarket electrical accessories will not be too much for your stock alternator, you may need to consider a larger alternator if you are running underdrive pulleys. Underdrive pulleys will hinder your alternators ability to keep up, so it will be more sensitive to higher electrical load. If your car is supercharged, it may also be a good idea to upgrade to a more powerful alternator in order to handle the increased load of the intercooler pump, upgraded fuel pump, and heat exchanger fans.

How Can I Tell If I Need a Stronger Alternator?

If you notice that your interior or exterior lights are dimming significantly when your sound system is turned up or other accessories are switched on, it may be time to either replace a failing stock alternator, or upgrade your stock alternator. When you have to replace a failing alternator, you should consider putting a stronger one in if you are planning on adding more power hungry parts, or already have installed items which pull more electrical current. When it comes time to upgrade, the bigger the alternator the better! You will want to make sure that you have a surplus of electrical energy available for your car, so choosing a higher output alternator is always a good idea. If you have a mild set up, the largest available alternator is not required and you can go with one of the lower output upgrades if it better fits your budget. It would also be wise to choose a wiring upgrade for your car if one is available, so that you can recharge your battery quicker and supply the larger current more effectively to your system. 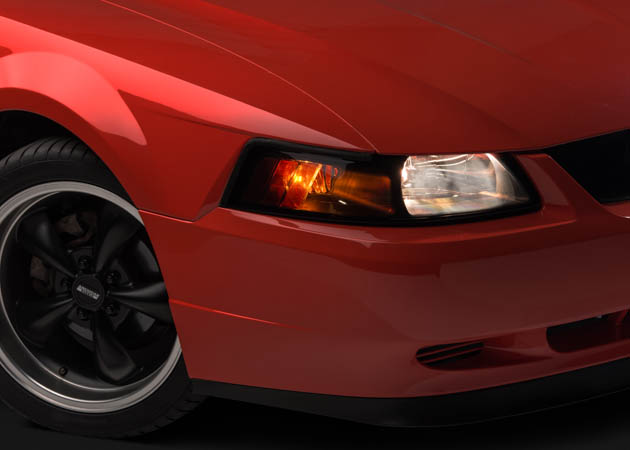 What Goes Wrong With Alternators and How To Test Them

As alternators age, they wear out like anything else. Common failures include diodes in the rectifiers and voltage regulators. Without proper current flow from the regulator or proper signals from the voltage regulator, the charging system will be ineffective. If the PCM is unable to control the alternator output, then overcharging or undercharging may occur. The battery in your Mustang will absorb some of the excess charge put out by the alternator, but over time this will cause the battery to fail. The battery is also able to supplement a weak alternator for a short time period, but without having its charge replenished, will also fail.

Some basic tests can be performed at home, but they may not give you the complete picture. You can test alternator output voltage by measuring the battery voltage with your Mustang off and with it running. With the car off, you should see voltage in the 12.0-12.8 range. With your Mustang running, the voltage should be roughly between 13.8-14.9. If the voltage is low with the vehicle running, it's likely you have a bad alternator. If battery voltage is low without the car running, you may also have an alternator that is failing to charge the battery. Alternatively, you may also have a dying battery. The best way to test an alternator is to remove it and have it load tested. This can often be done by local parts stores. You can also have them test your starter and battery while you're at it.

Ford has used two different style alternators throughout the years. The difference is in the connectors. Check out the visual comparison below. 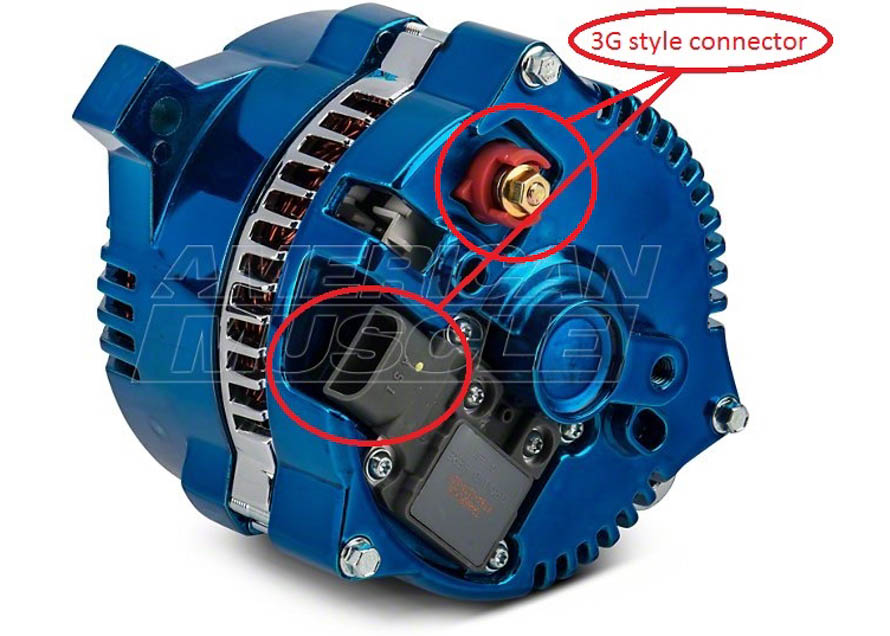 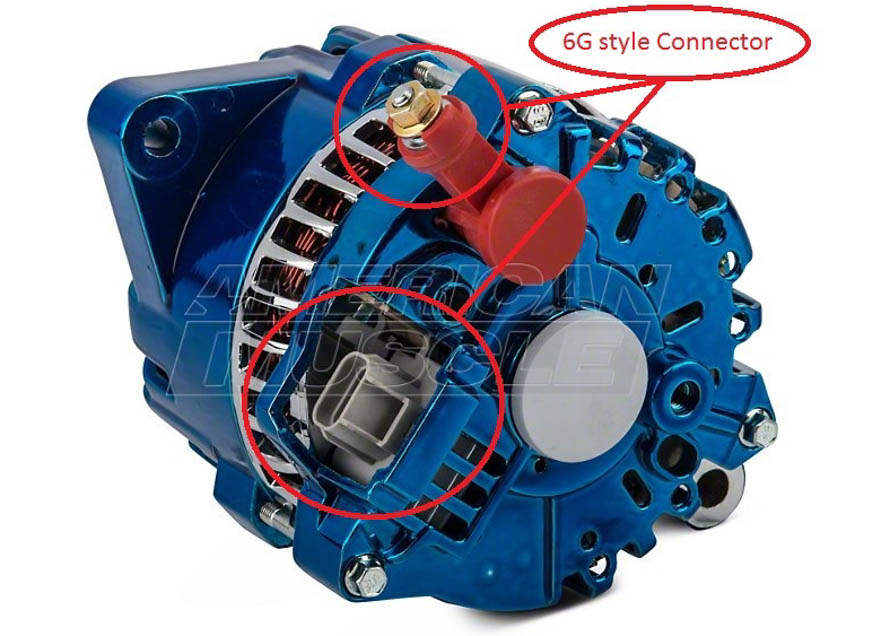