Most Popular in Mustang Throttle Bodies

When and How Should I Upgrade My Throttle Body? 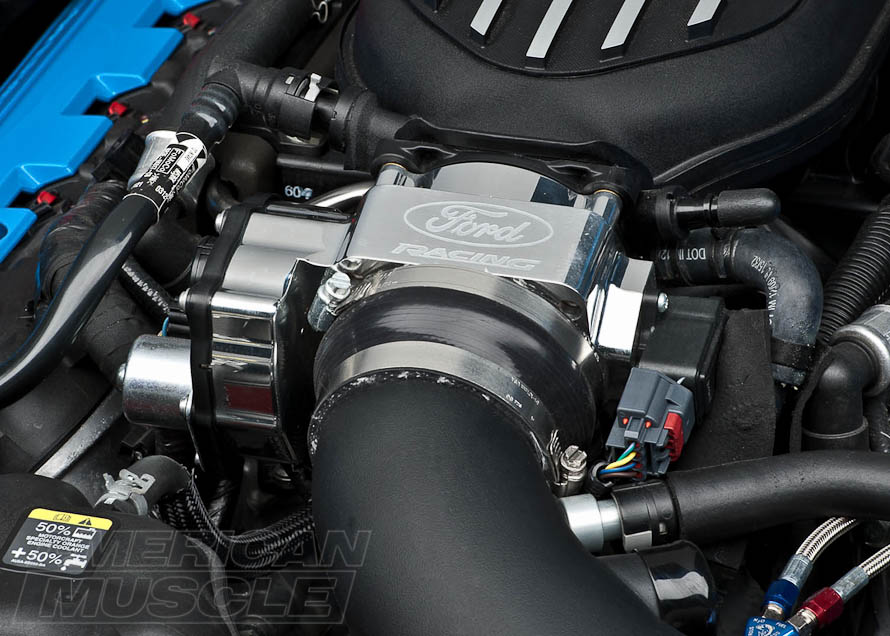 Throttle bodies in the era of carbureted engines were designed to allow for more time for fuel and air mix together. Nowadays things are more advanced, but be it for race, drag, or daily driving, the concept behind them and their benefits remain the same. A throttle body might seem like a minor mod in relation to the broad scope of the rest of the engine. However, a throttle body is a great compliment to a high horsepower engine as well as a lightly modified build.

A throttle body is a great complimentary part to other mods like cold air intakes. Enjoy increased throttle response and air flow with an aftermarket throttle body!

What Does a Throttle Body Do?

First and foremost, upgrading the throttle body on any Mustang is considered a supporting modification. What this means is a throttle body on its own will not add a whole bunch of juice by swapping it. Rather, the throttle body supports horsepower. It is a fundamental piece to making power, but does not make power on its own. A properly sized throttle body will provide sufficient airflow and velocity for good engine power and throttle response. Essentially, it allows horsepower to flow through it. With this in mind, why might someone want to change it, and when is a good time to do so? 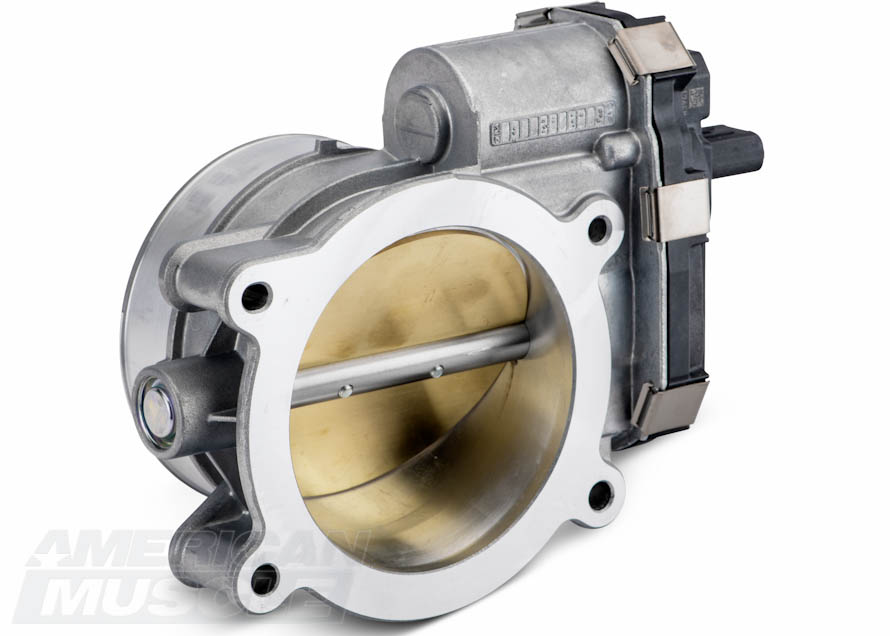 Why You Should Consider Changing Your Throttle Body

Mathematically speaking, if you were to swap your stock throttle body for an aftermarket unit and strap your Mustang to a dyno there likely would be a power difference. Sadly, this difference will most likely be in the neighborhood of a couple horsepower – not enough to register an increased seat-of-the-pant feeling. For this reason, throttle bodies are not considered to add power. Also if your install too big of a throttle body, you can reduce your Mustang’s power. 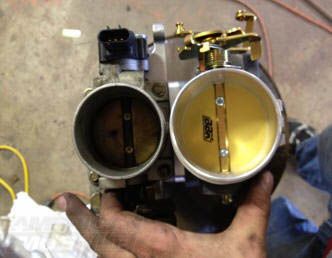 Well, if they don’t add power what good are they? As stated earlier, they support power. This in itself is a pretty boring statement. It is important, but not particularly exciting. Again it isn’t something the driver can feel. What the driver can feel, however, is throttle response. Aftermarket throttle bodies are designed in such a fashion to not only support large numbers of horsepower, but to increase throttle response as well. Less restriction through the throttle body in combination with polished surfaces help cut down on any lag time for the air to get moving when the accelerator is depressed. As your Mustang makes more power, it will need more air to burn the extra fuel it’s using. By upgrading to a larger throttle body, you will allow your engine to breathe easier, and make more power.

When Should I Upgrade?

This is a very good question, and there isn’t a hard line or clear cut methodology to answer it. Changing the stock throttle body for an upgraded version can be done right away, or it's something that can be put on the back burner until a major engine upgrade comes around. It's very subjective.

Swapping the piece right away will positively impact throttle response which is felt instantaneously. Even if your Mustang isn’t making any extra power at the moment, the increased throttle response is beneficial nonetheless. Basically, adding an aftermarket throttle body before you even need it won't harm performance. For this reason, it's recommended to acquire one earlier rather than later. 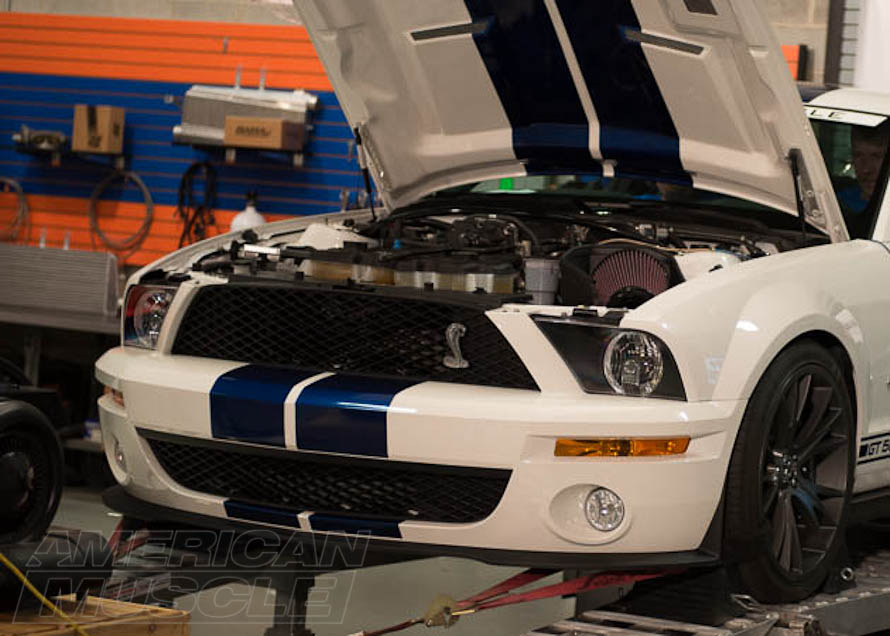 Standard procedure for the old pushrod 5.0L V8’s was to acquire all of the supporting mods first and then jump into the engine. It's no fun building a 500 horsepower engine, and then realize you're restricting power because of one forgotten part. For most Coyote owners, the primary advantage of an aftermarket throttle body is the increased throttle response. The capacity to support larger horsepower is a bonus should you wish to slap on a supercharger, or another adder, later down the road. On the other hand if your engine is already modified, the primary advantage is not impeding performance, and throttle response becomes a secondary benefit. 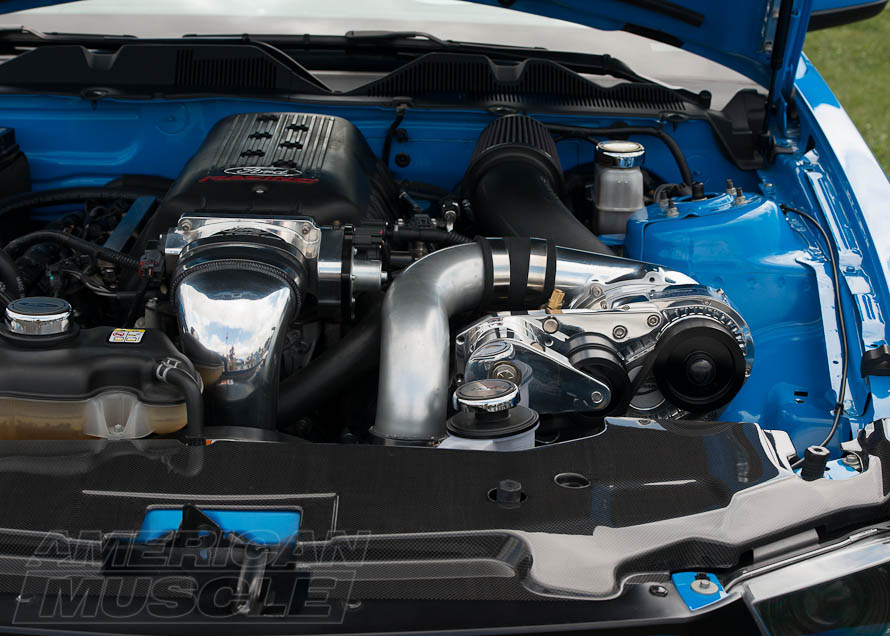 Don't Go Bigger Than You Need

If your Mustang is stock or mildly modified, your engine doesn’t flow enough air to fully benefit from the largest throttle body available and can consequently hurt your throttle response. Think of mild mods as a cold air intake, a cat-back, or an axle-back exhaust. You'll need further fuel modifications to compensate for the added air the largest throttle bodies can offer. Running too lean can damage your engine. 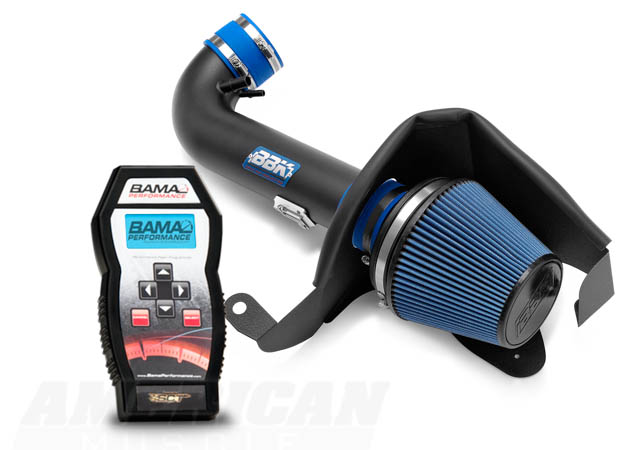 With pre-2005 models, making the move to a 70mm throttle body is a great way to free up some ponies. V6’s may not reap the same rewards of making this upgrade as the engine, or lungs, don’t draw in the same amount of air as a V8 could in stock form. Newer more powerful V6s, post 2005, can benefit from a 70mm throttle body as they can draw in more air. In stock form, the V8s of the newer Mustangs can draw in even more air and are equipped with twin throttle bodies from the factory.

With the GT as a standard, twin 55mm throttle bodies sit on top. For a stock application, one may want to consider moving up to the twin 62mm set up if they’re after some additional power. Keep in mind, modifications to the engine and its tune can change everything. A more powerful engine can draw in more air and at that point, things change and even larger throttle bodies can be considered regardless of the factory displacement. 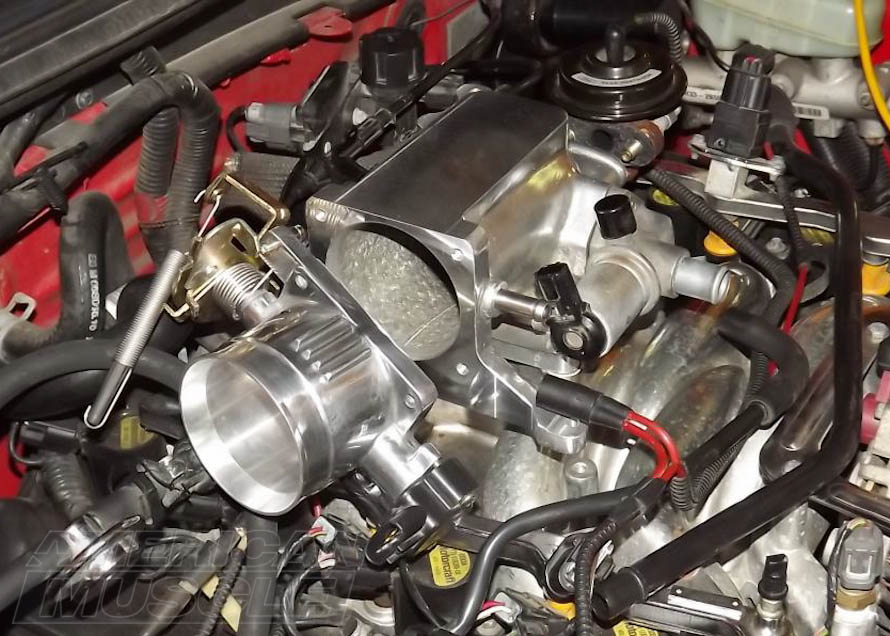 If you have a heavily modified Mustang (forced induction or extensive head work, anything that makes significant changes in air flow), then a 75mm throttle body or larger would be your best bet. A BBK 78mm throttle body is one of the most popular options. It incorporates a high flow intake plenum and is a great combo to compensate for the increased air flow from the engine. Just don't forget to add fuel injectors and perhaps a boost-a-pump for all that extra, supercharged air.

How do I Check the Size of My Throttle Body?

The easiest way to measure a throttle body size is to measure across the inlet for the diameter. On a twin application, this would be the widest point. Using a tool like a dial caliper is the most accurate way to take this measurement.

What are Competition Style Throttle Bodies?

When you look at most street driven cars, attached to the throttle body are several coolant or air/vacuum lines and hoses running to and from it. This is a way for the car to gain more information on the air temp, the amount of air passing through and what position the throttle is at. However, on some vehicles that are heavily modded, or using forced induction, this can be a problem.

Too much information on a vehicle that needs a relatively specific and consistent air/fuel ratio or that is intentionally being set up super rich/lean for racing may cause issues. Also, when converting from fuel injection to a carburetor set up, there is no need for the extra hoses and their feedback. So, what to do? Scrap your factory throttle body for a competition style. 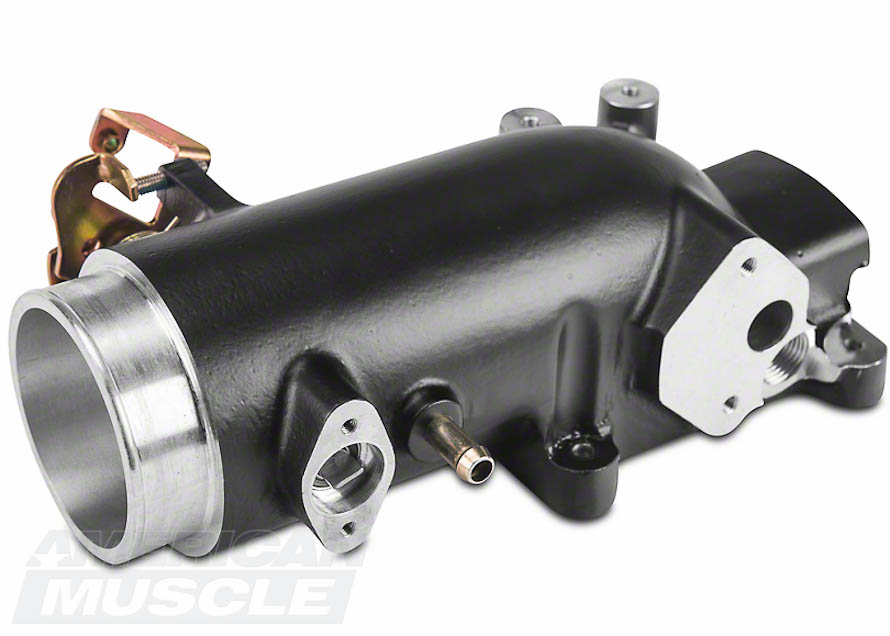 How Does a Competition Style Throttle Body Work?

A comp throttle body can be beneficial mostly in high HP applications. Not only can it simplify the vacuum system by not requiring hoses, but also has a higher chance of proper performance as a result. It can also become easier to tune as a result of no hoses. A competition style throttle body operates in the same manner as stock throttle bodies and installs generally in the exact same way. With a spring loaded, cable driven side car attachment (for Mustangs) for cruise control and throttle cables it still bolts right to the intake so you do not need special tools. However since it won't have any of the attached hose fittings or factory hook ups, you’ll need to plug the exposed spots. This will keep the information relayed to the computer (if still fuel injected) or make the set-up of a carburetor much easier, especially on supercharged and turbo style cars. 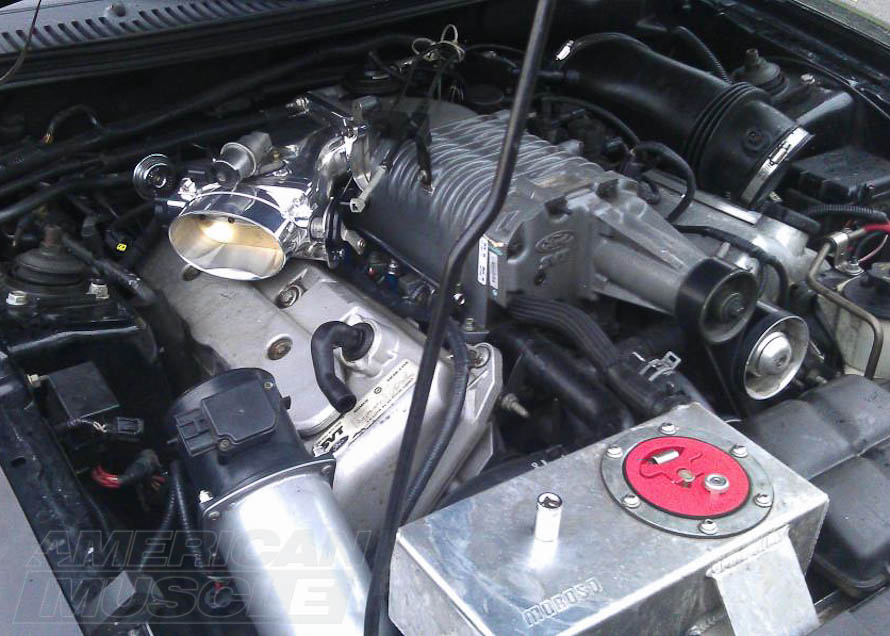 Mods that Benefit from a Mustang Throttle Body

A throttle body is a fantastic support modification. What this means is by itself, it won't provide the most benefit. However, when other modifications are added, a throttle body will shine more and more. Great modifications that pair with a throttle body include cold air intakes, intake manifold, headers, and CMCV or (CMDP depending on the year) plates. These all allow for the air being pumped in and out to have more flow and less restriction. Continue reading to see the benefits of a throttle body spacer. 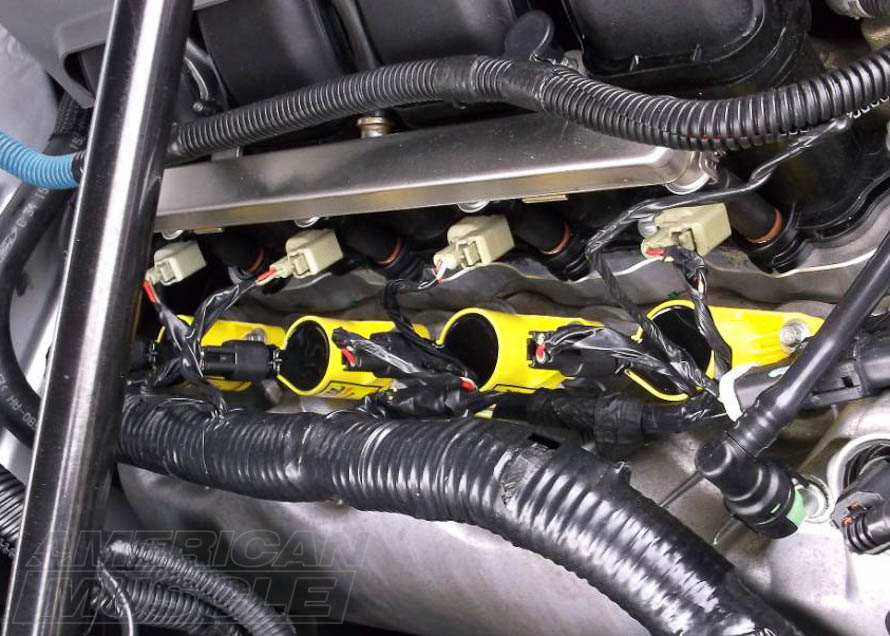 Why Get a Throttle Body Spacer?

One use for an aftermarket throttle body is for space requirements, be it to adjust the position of your throttle body or other intake components. In a Mustang designed for track-only or performance purposes, you may choose to delete your EGR (exhaust gas recirculation), which requires specific throttle body spacers on foxbody Mustangs. A throttle body spacer can be an additional or required part for an upgraded induction and throttle system. 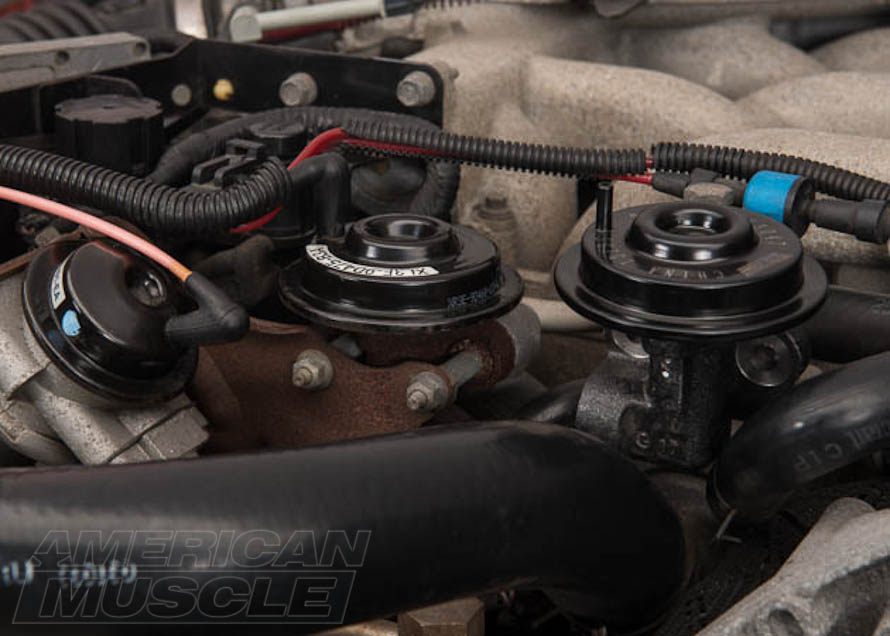 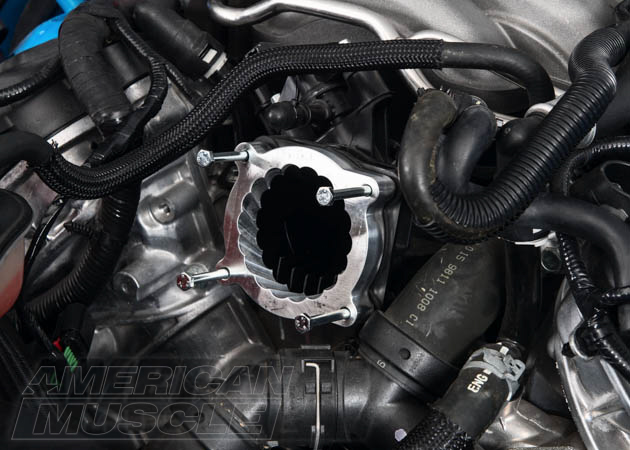 How Does a Throttle Body Spacer Work?

The throttle body spacer is based on the theory that air entering a chamber will have a greater velocity and more mass if spun. The helical groves on the throttle body spacer are designed to make the air spin, thus delivering a greater volume of air to the engines cylinder. This in turn, increases the power of detonation by adding more air to the fuel/air mixture. Additionally, on older model Mustangs with throttle body injection, the swirling air mixes the air and fuel much better, providing a more consistent spark and hotter detonation. More air & a stronger detonation = more power.

There are a few downsides to a spacer. The largest issue is it does not add large amounts of power in most situations. Having a spacer on, while not in all cases, can lead to fitment issues with other parts. It also is more succeptible for leaking and (while a small amount) does add weight to the car itself.

Does a Throttle Body Spacer Require a Tune? 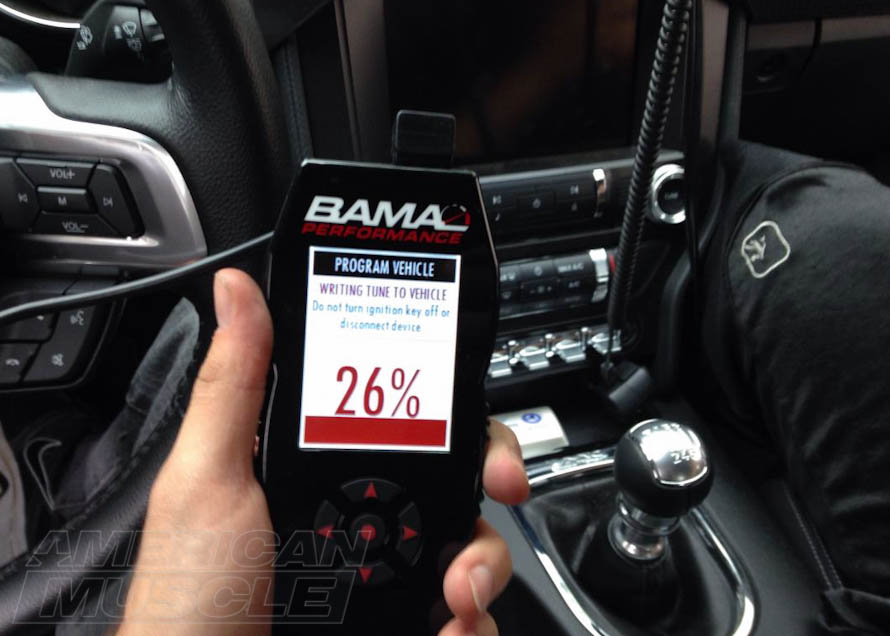